Theo reminds me of Dexter every day, especially with his expert-level ability to avoid naps. I sent this photo to Matt the other day with the caption: “I am pretty sure he’s just mocking me, now.” 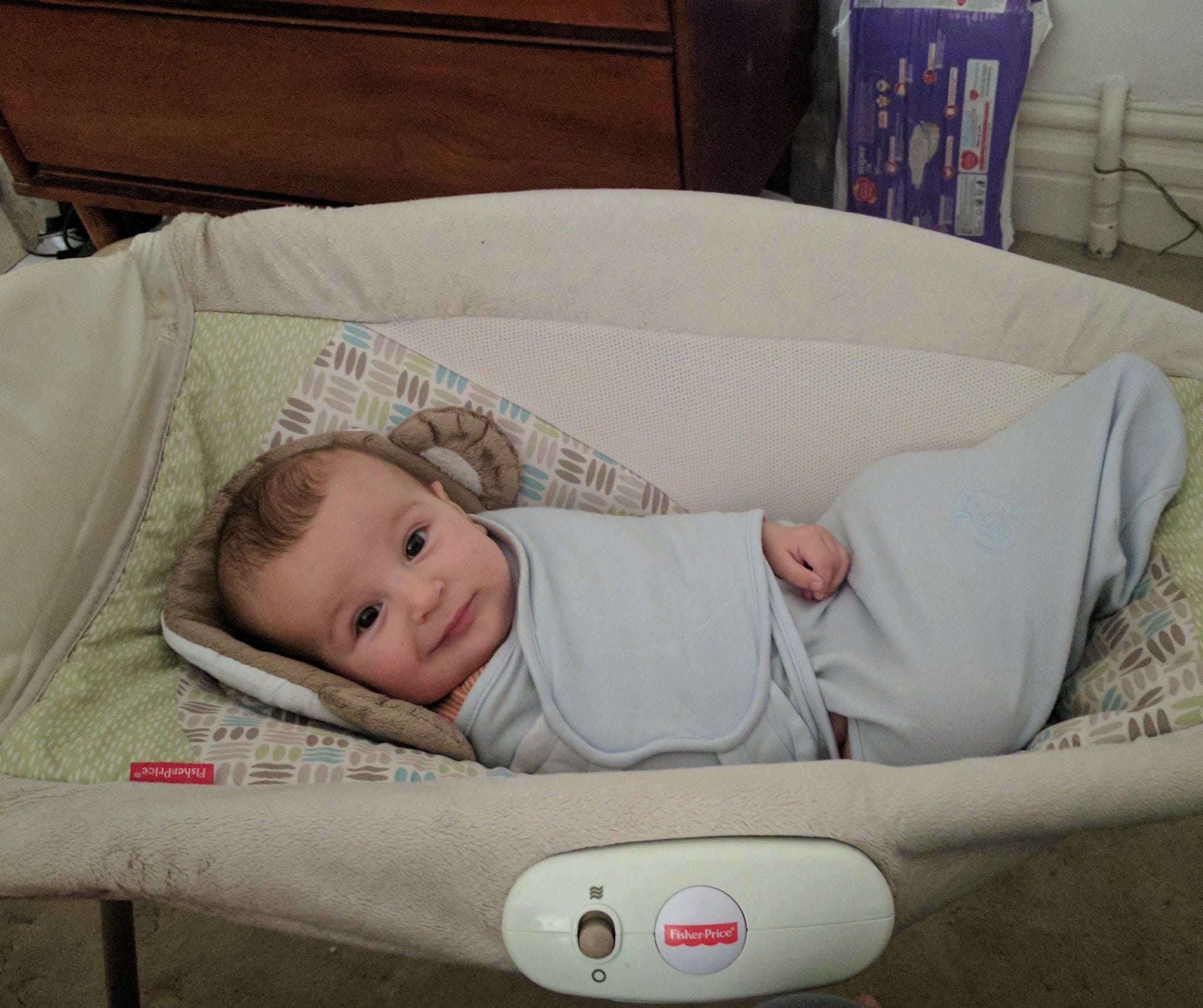 He goes to bed at night relatively reliably, around 9 or 10, then wakes to nurse and be soothed 2-3 times. Any time after 4 a.m., I pull him into bed with us and we co-sleep until it’s time to be up for the day. Like all new moms, I am sleep-deprived. As the mom of a newish baby and a high-energy toddler, I am sleep-deprived AND exhausted, which means I frequently forget what went down during the night and wake up next to a baby like, “Duuuuude… what happened last night?!” 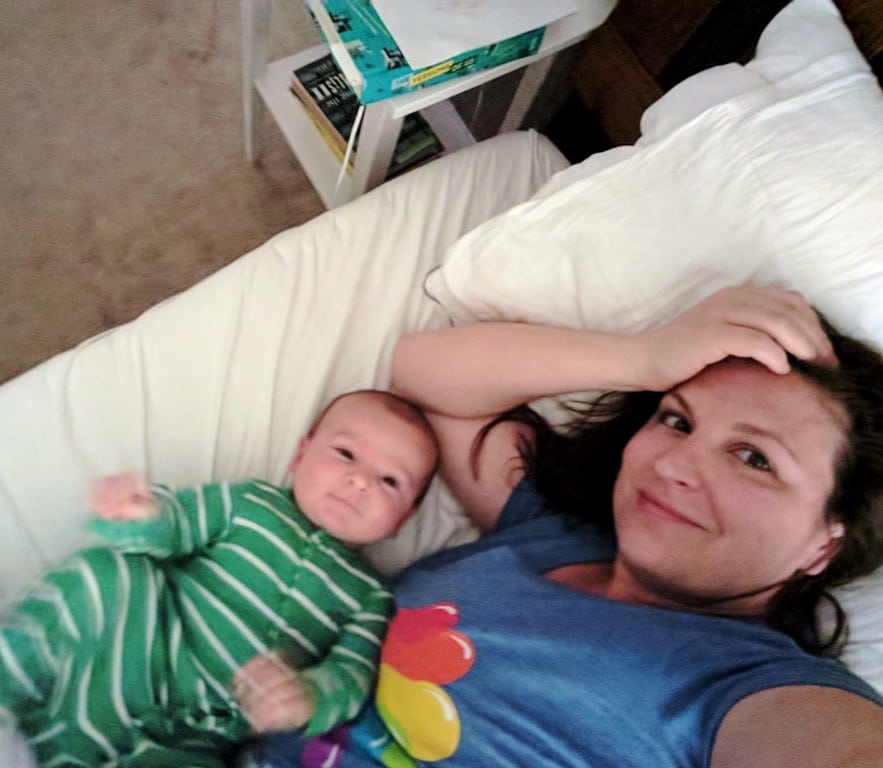 Theo just smiles back, kicks his legs and drools. What happens with Theo stays with Theo. 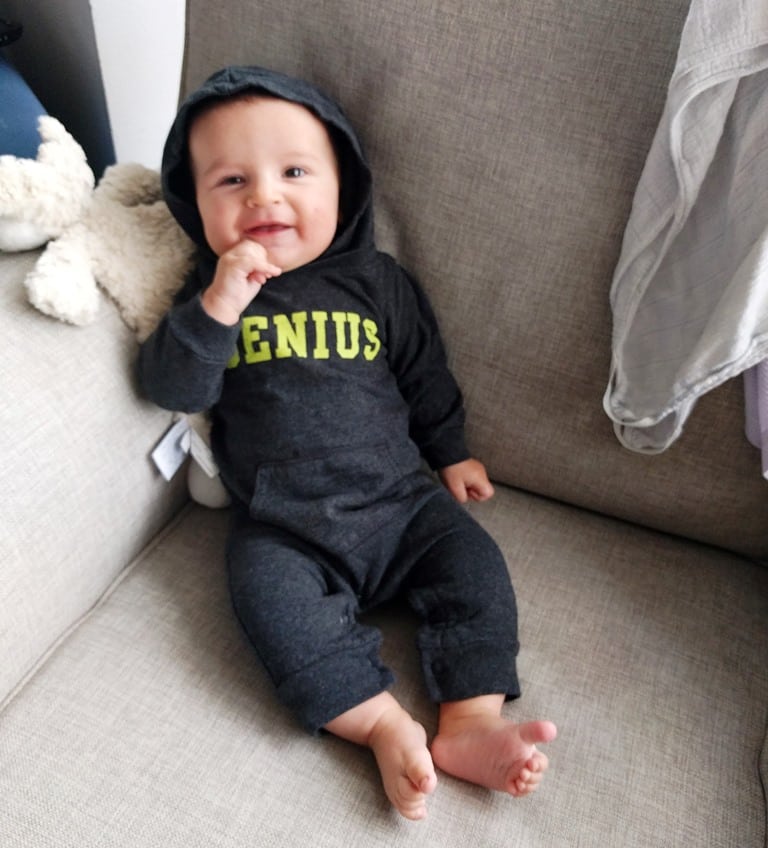 For now. It’s not going to last. Dexter is alarmingly verbal, a word sponge who repeats about half of what we say and surprises us every day with what he knows. And Theo is clearly desperate to catch up, babbling and cooing constantly. 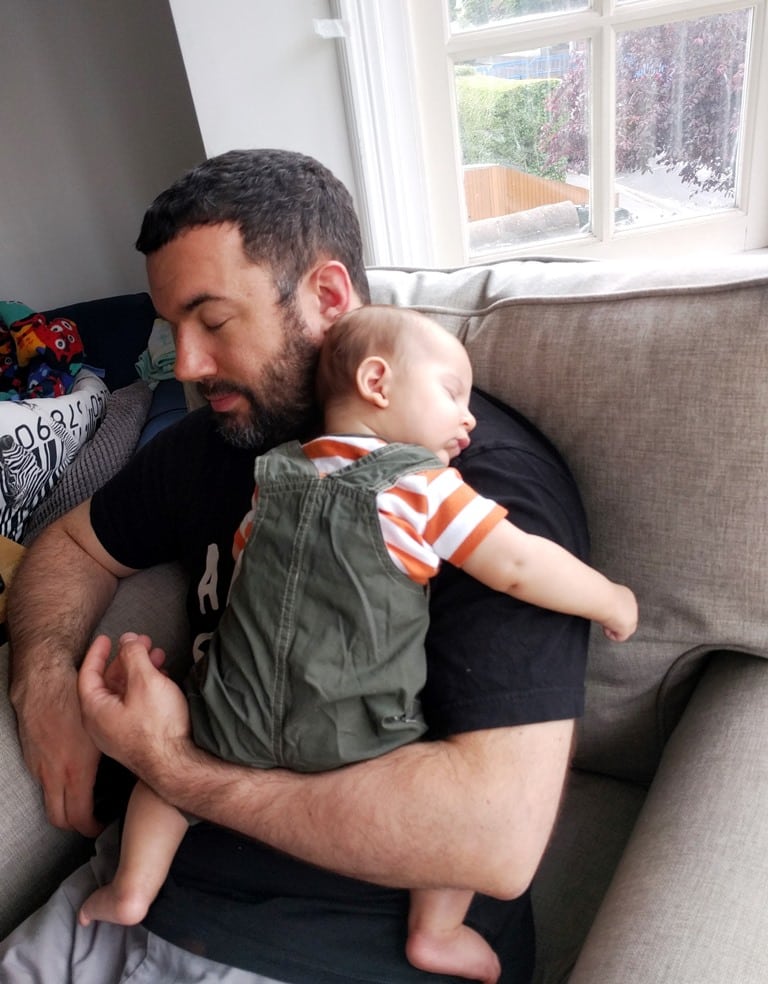 Theo isn’t a mini-Dex, though. He’s his own dude, refusing a pacifier and loving baths and nursing nonstop. Theo is different from Dexter, but he WORSHIPS Dexter. 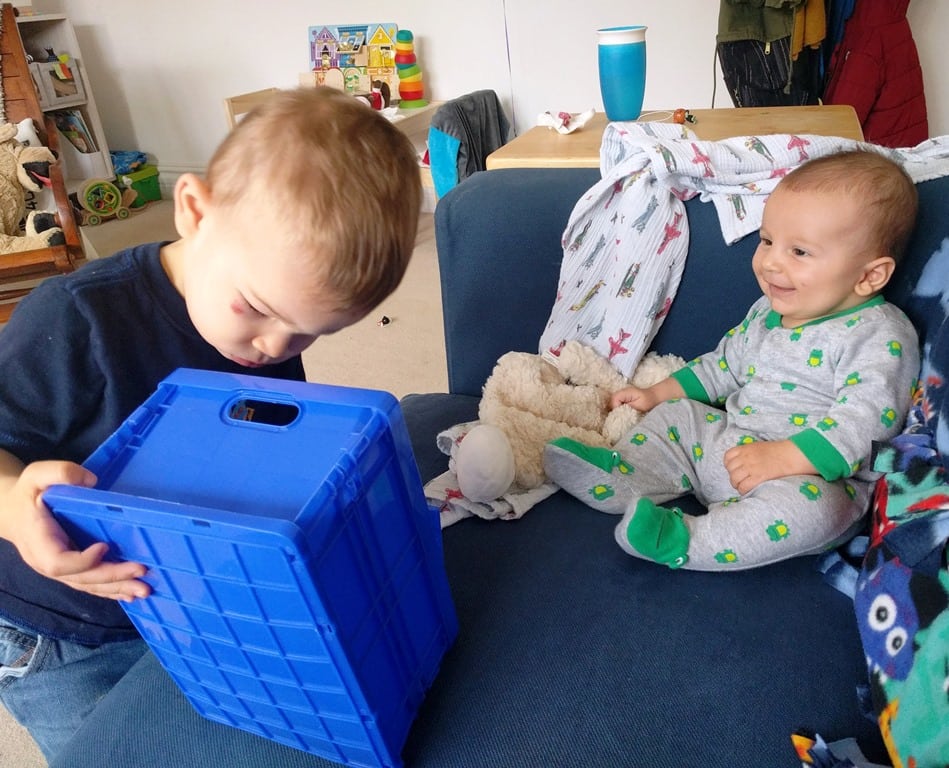 Look at his face! So in love.

But Dexter isn’t even Theo’s favorite person, right now. That would be me. 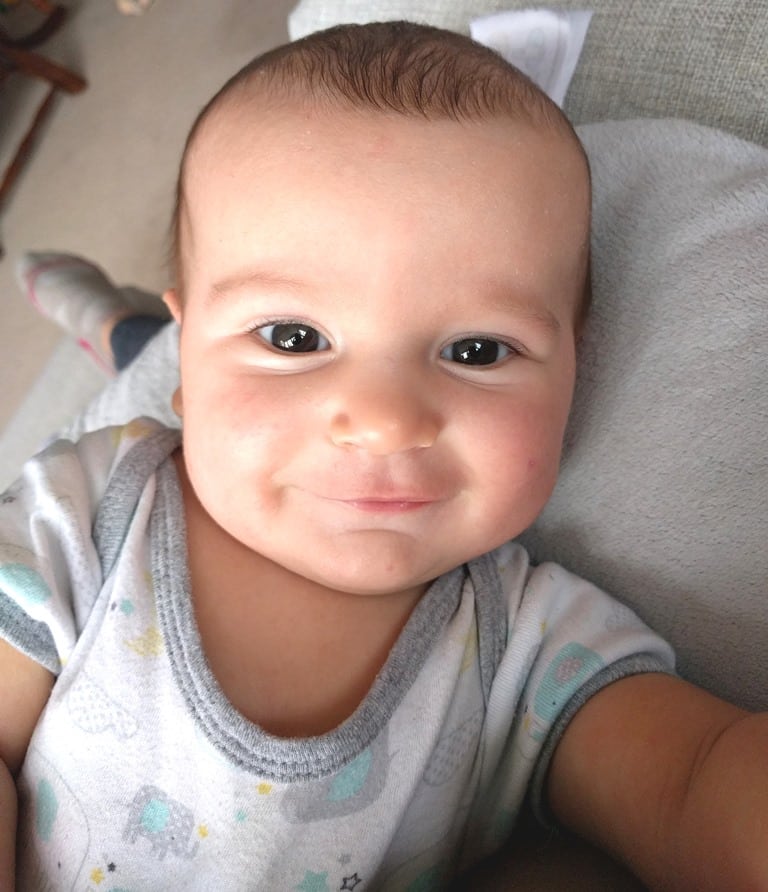 I get that look of love all the time, and the widest gummy grins, too. I remember Dexter going through similar phases of mommy-obsession and feeling kind of pressured by it. Obviously, I knew my kids would love their mom, but I was surprised by the intensity of Dex’s gaze and was worried about whether I’d be up to the task of being his number one.

I’m over that, now. I know our relationship will always be strong, but within the emotional tethers of our bond, it will ebb and flow. 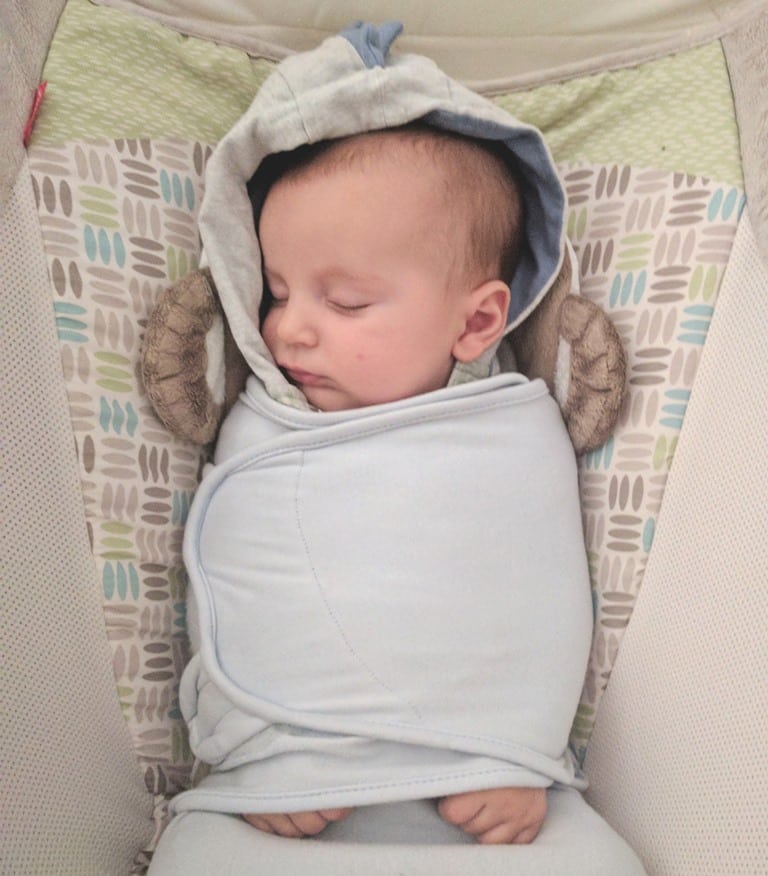 I also know as Theo’s world expands, the intensity will subside. Right now, I am the biggest fish in Theo’s pond, but his pond is about to get awfully full of books and music and fun and laughter and love.

Like every phase, it won’t last, but this time around, the pressure’s off, and I am simply loving the privilege of being the brightest star in this little boy’s sky. 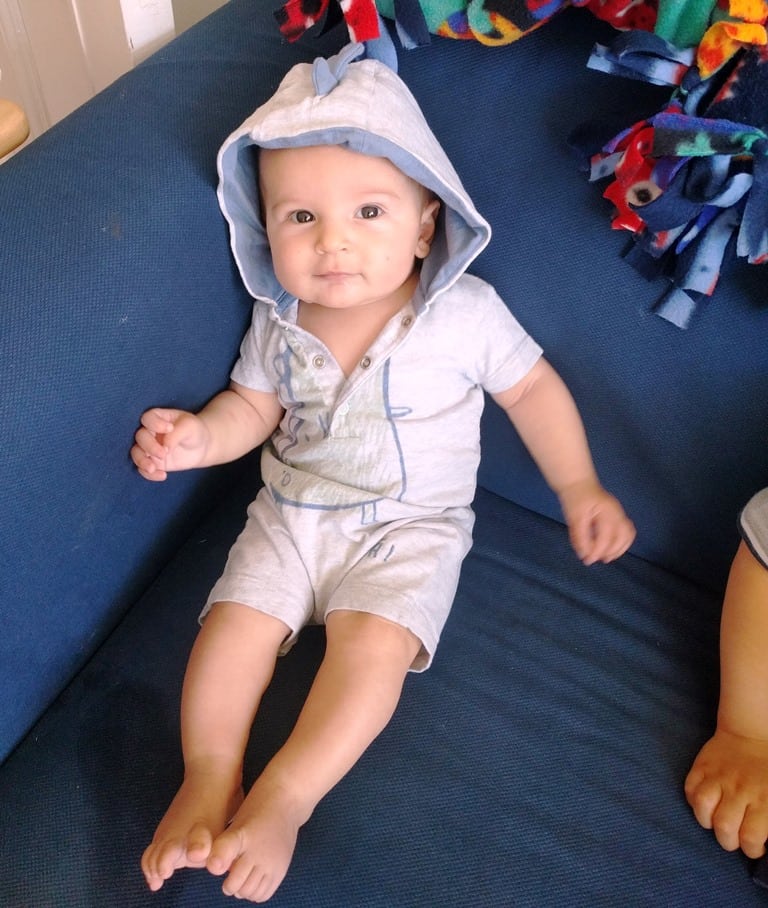 And Theo shines back to me, just as bright.