I have told Dexter approximately 5,034,552 times not to run back and forth across the sofa. If I can, I just grab him and move him to the floor, but Dex is an evil genius and will wait until I’m trapped under Theo before climbing up and sprinting back and forth like a madman. Yesterday, it caught up to him. 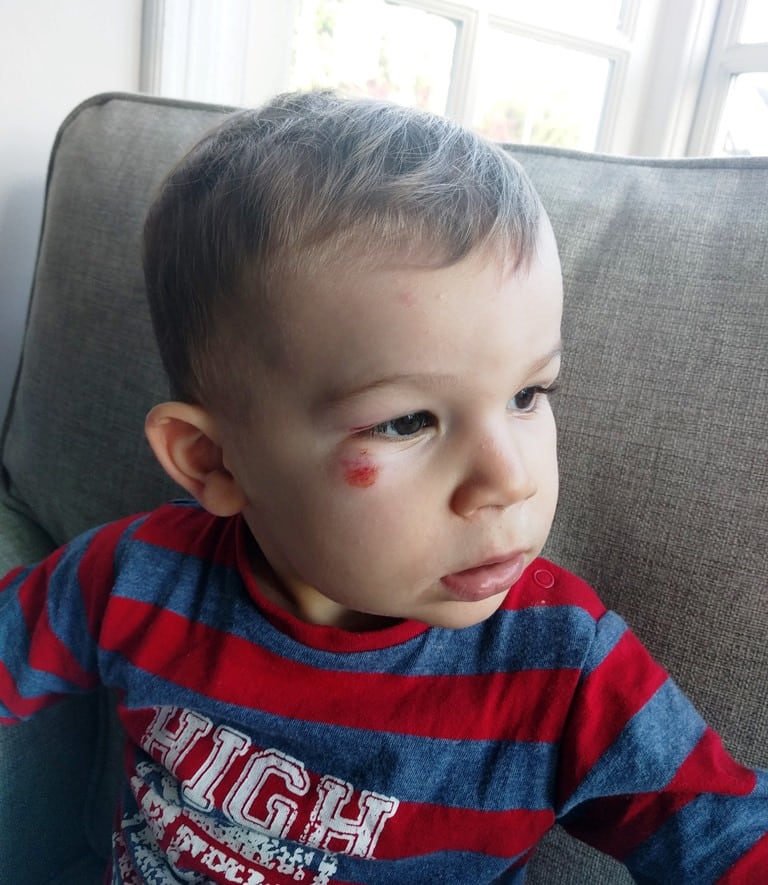 I saw Dex faceplant into the arm of the sofa and heard the sickening THUMP. Honestly, I want to think he tripped and fell but I suspect he actually dove face-first into the arm, because toddlers do dumb stuff like that ALL THE TIME.

And then, there was this horrible, silent moment when he was face-down, not wailing yet, and I imagined him emerging with a smashed nose gushing blood.

After that, it was almost a relief to see that it was just a goose egg, a scraped cheekbone and a cut eyelid, but it didn’t stop me from internally screaming, “MY BABY’S BEAUTIFUL FACE!!!!”  for a good five minutes until I was sure the injuries are minor.

Dex only cried for about 20 seconds. It truly frightens me, sometimes, how quickly he shakes off pain. Because although I am going on the record as clearly stating that I never, ever want him to get hurt, I will confess that sometimes, when an injury happens because he’s doing something I told him not to do, I hope that the natural consequence will serve as a deterrent.

Here he is today: 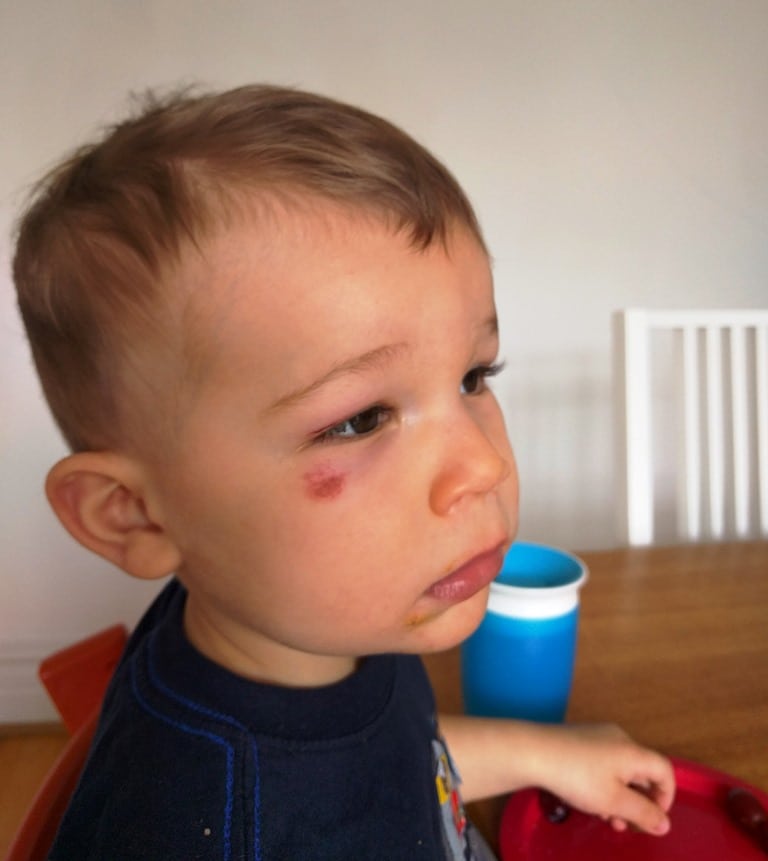 Please excuse the peanut butter on his face – he was eating lunch.

Dex did let me ice it immediately last night and I think it might have saved him from swelling shut, but you can see the bruise spreading under his eye so it should be an interesting few days, seeing how this sets in.

Remember that deterrent thing I mentioned above? Well, Dexter is back to running on the sofa, NO LESSONS LEARNED. It always reminds me of this Calvin and Hobbes: