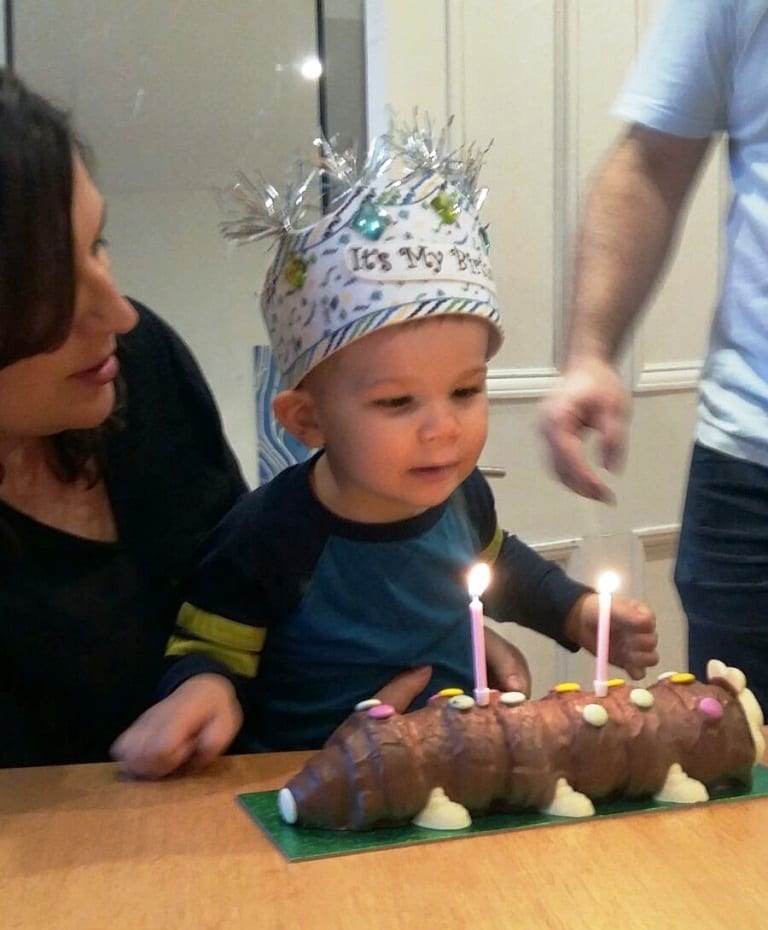 We kept it pretty low-key. Matt and Theo and I woke Dex up singing, then made him wear his “It’s My Birthday!” crown immediately. He wore it to the mall while we ran errands and got lots of birthday greetings, which was nice and made me glad we practiced “What are you going to say when someone asks you how old you are?” even if sometimes it takes Dex both hands to raise just two fingers. 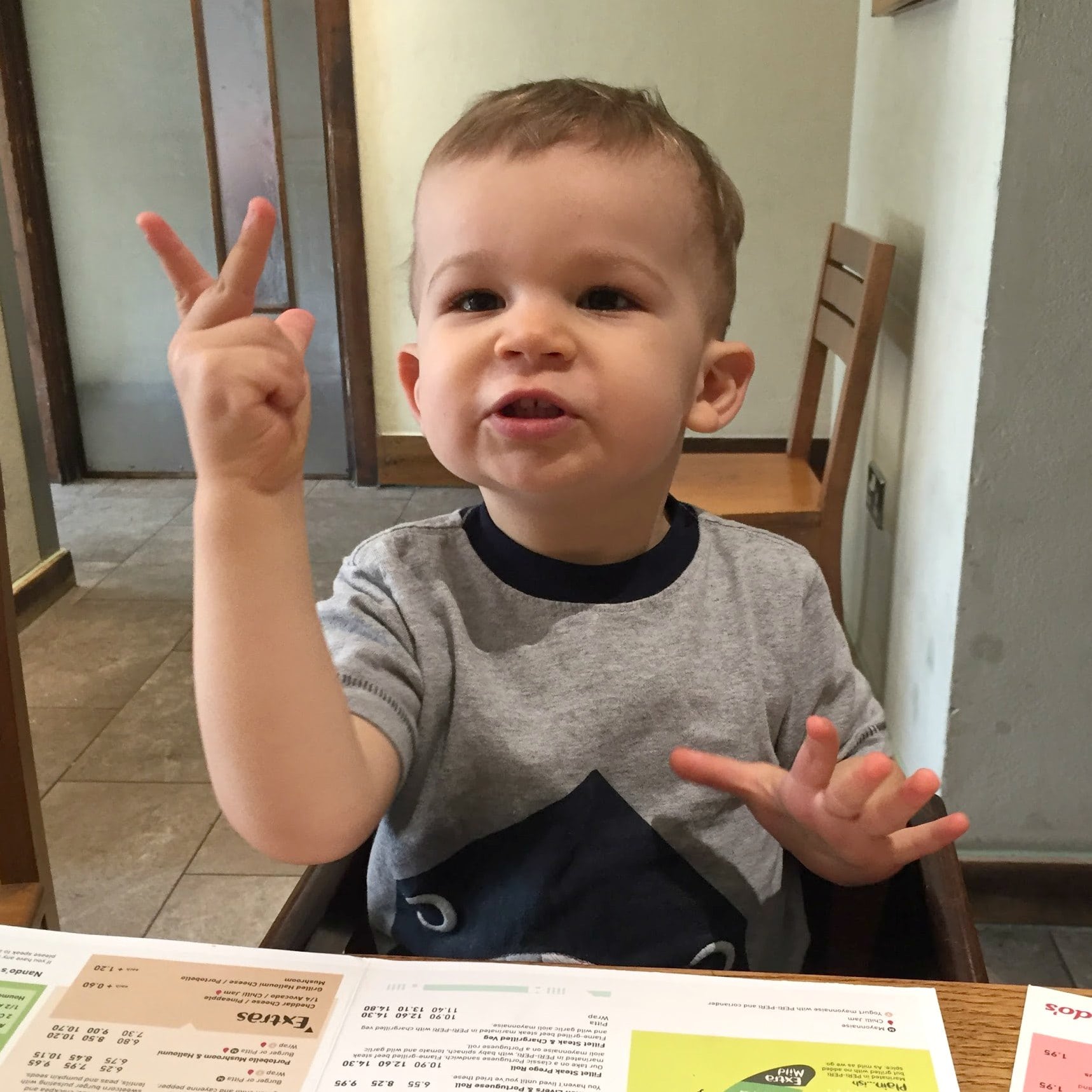 When we got back, I immediately tried to capture the cute photo I had in mind, of Dex wearing his crown and holding his giant 2 balloon. Unfortunately, I first attempted to do this outside, while Theo cried in the stroller and the balloon bounced in the wind.

Dex is obsessed with Topsy and Tim, a Cbeebies show starring saccharine-sweet twins, and when he woke up from his nap, I stone cold bribed him by telling him he could watch Topsy if he’d stand still, hold the balloon, and smile until Mommy says we’re done, like a wacko stage mom. My next step is Toddlers & Tiaras.

Even with the bribe, it was challenging. I liked this one a lot until I realized Dex is flipping a bird: 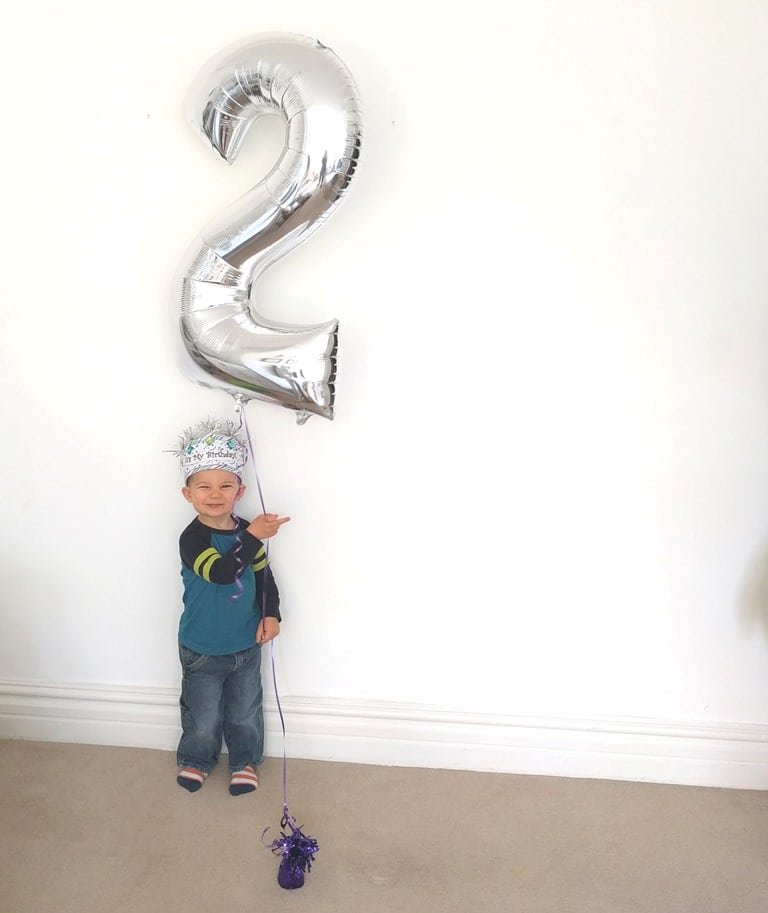 I liked this one a lot, and still do: 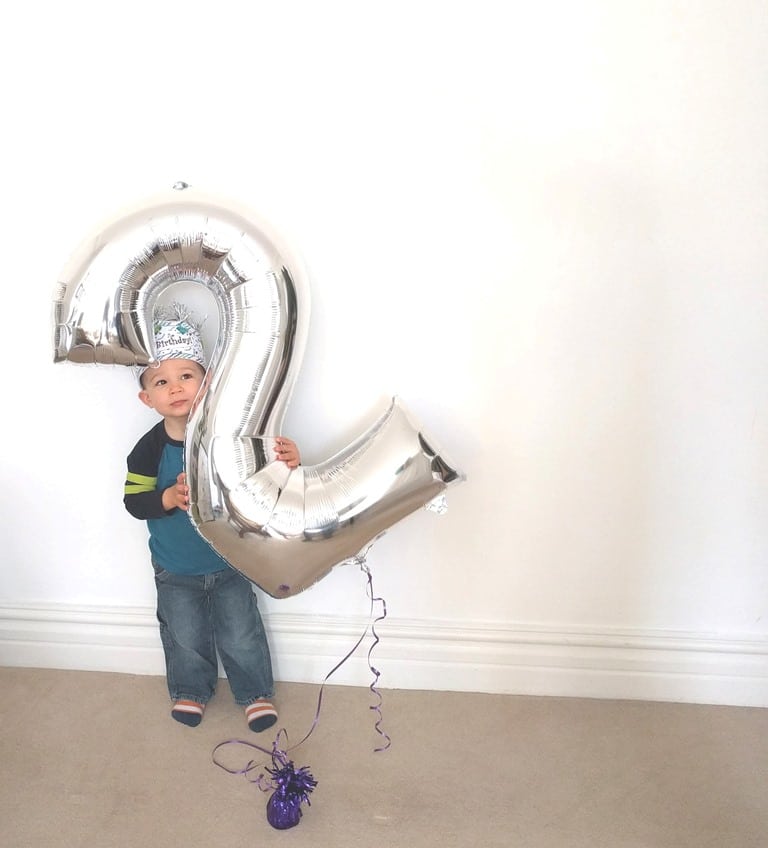 But ultimately, this one came out on top: 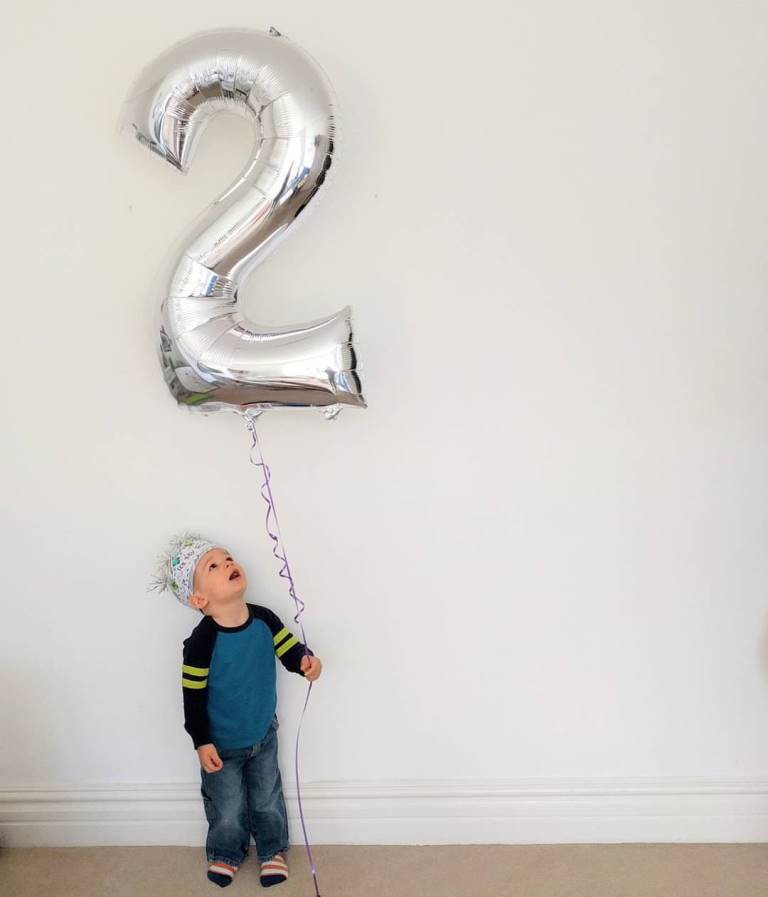 For dinner, hosted our pal Claire and Dex’s ride-or-die friend James, plus his parents and little brother, Georgie. (James’ big brother was visiting his grandma. That’s right, my buddy Gemma has three boys, 5 and under. I can’t even imagine, but she makes it look easy.) 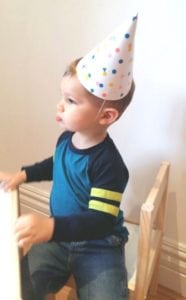 Matt made pizzas, which were nearly derailed when he and Claire, in an attempt to get our mysterious upper oven to work, blew a fuse, which knocked out all electricity except our ceiling lights. I guess I should explain that. We have two ovens. The normal one, and one that looks like it could be a convection oven? But it has no rack and we’re not completely sure what it is so we’ve just been ignoring it the whole time we’ve lived here. Well, that’s not entirely true. We use the door handle to line dry my nursing bras, as I’m certain the manufacturer intended.

Anyway, I was somewhat worried about dinner but REALLY worried about the healthy stash of breastmilk I have in the freezer, but before complete panic set in, Claire got us up and running again.

Meanwhile, Dex and James tore through the house, yelling and giggling and playing with every toy Dexter owns. It was spectacular, and Dexter owns a LOT of toys, now – his grandparents hooked him up and they’re still arriving, three days post-birthday. Pretty sure Dex thinks being two means new toys just magically appear, every single day, forever.

After we all gobbled down way too much pizza, we brought out the Colin the Caterpillar cake. Dex can’t quite blow out the candles yet but we gave it a try. 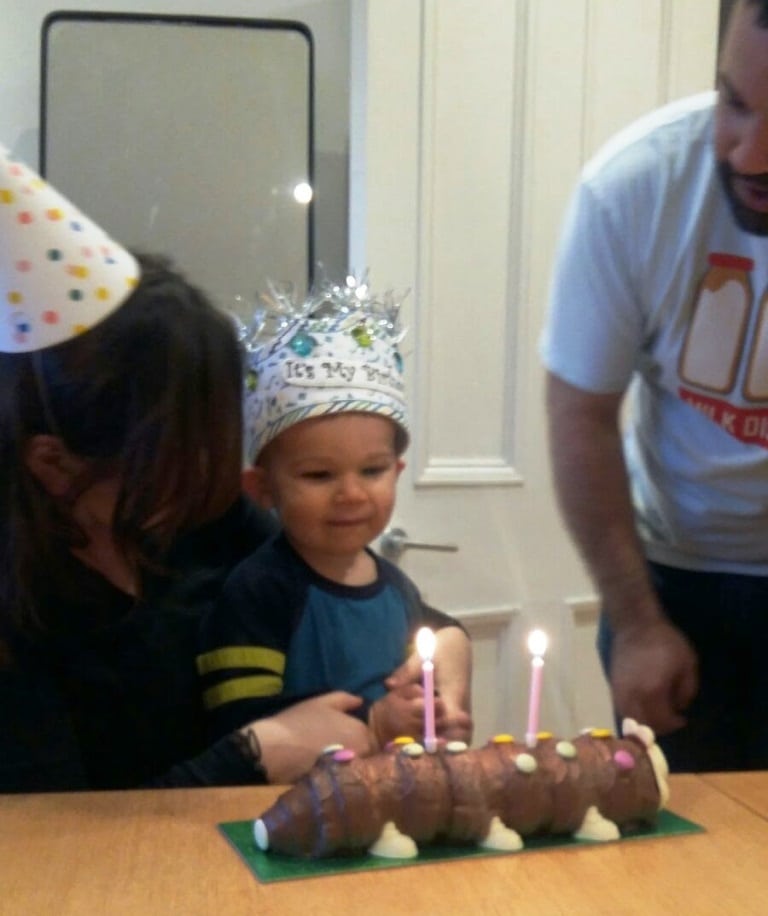 This was supposed to be a photo of Dex with such a distinct chocolate mustache that I told him he looked like he runs a Mexican drug cartel: 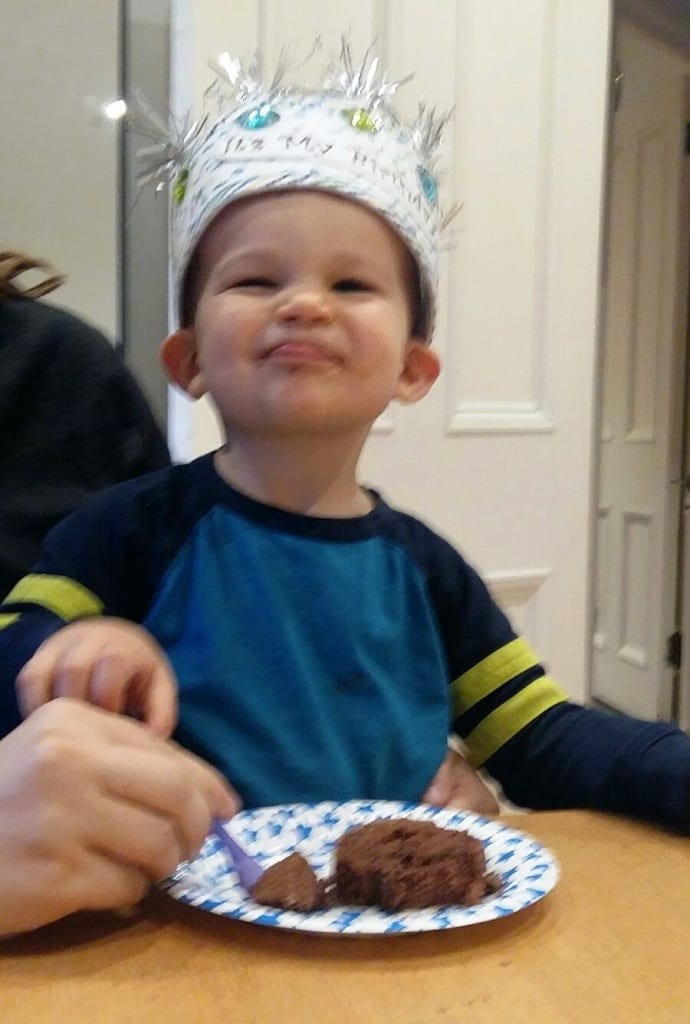 The messy face didn’t quite translate, but his joy sure did.