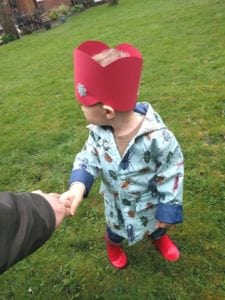 As certified parents of two kids, Matt and I are officially switching from man-to-man to zone defense.

I am exclusively breastfeeding, which means Theo gets most of my time and attention, while Matt either hangs out with Dexter or Dex plays independently and Matt gets stuff done around the house. I’m finding moments to give Dex hugs and kisses, or play with him for a few minutes, but we’re not really getting any quality time.

I see him all day, every day, but I miss him so much. I guess I miss Us.

Dexter’s and my favorite playgroup meets Monday mornings, so I decided I wanted to take Dex, just the two of us. Last night, a post appeared on the group’s Facebook page:

A quick reminder to bring your wellies for the Action for Children Big Wiggle tomorrow morning. This will be followed by a Hungry Caterpillar Picnic. See you there.

I know what all those words mean individually but have no idea what they mean all strung together, so I put Dex in his (slightly too large) new wellies and hoped I didn’t need to do anything else.

Matt dressed Theo as a turtle and I spent the morning pumping him full of milk. 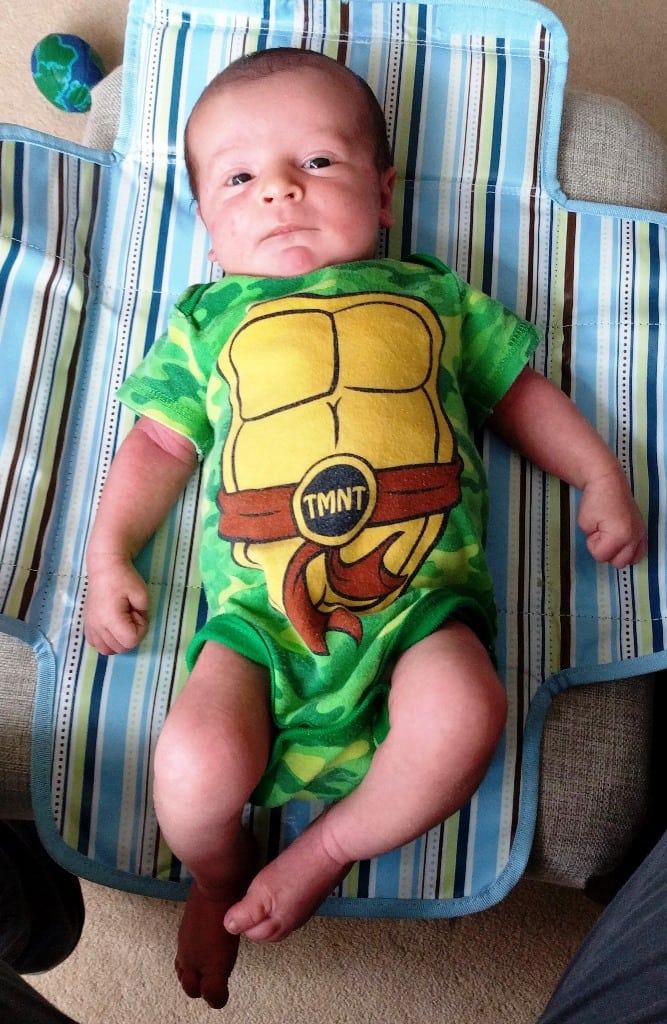 A few people have commented that Theo and Dex look alike, but I confess: I don’t think they look similar at all. When I took that photo, though, I thought maybe I finally could see some resemblance. 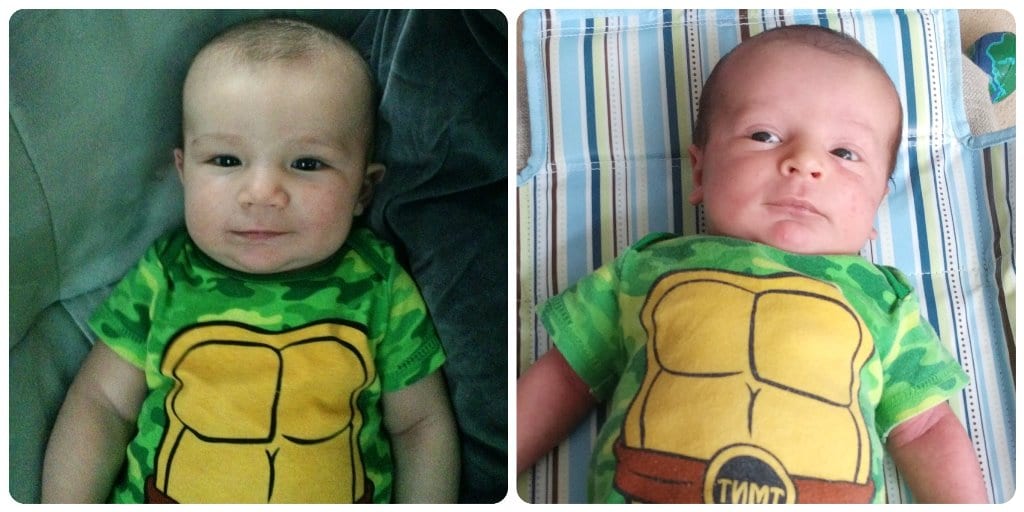 And Dex and I were off! Rode the bus, just the two of us, just like old times. 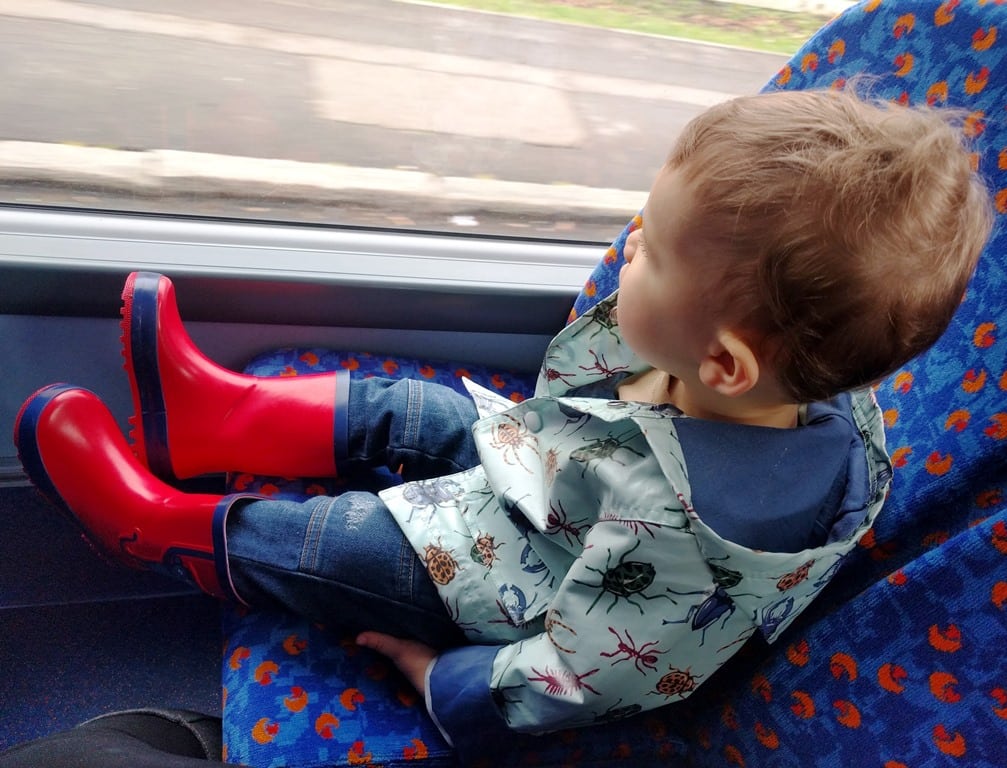 So, turns out all that stuff above meant the kids made caterpillar crowns: 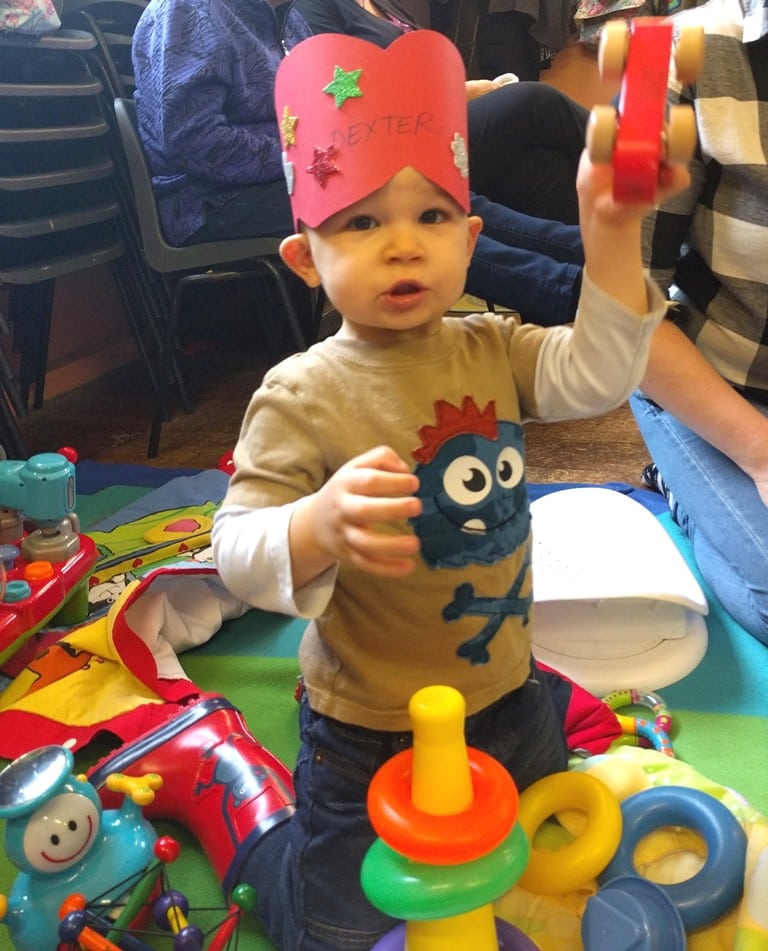 Then we all put on our wellies and took a walk in the vicar’s garden. That might be the most British sentence I’ve ever typed. 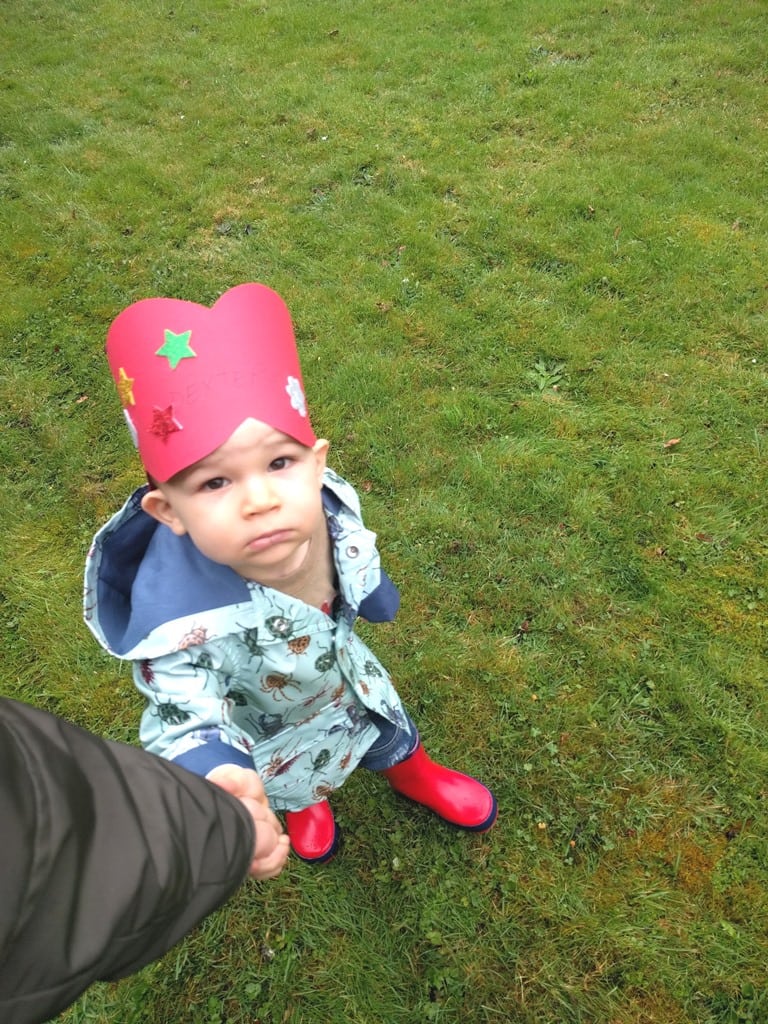 The incredibly dedicated organizers attempted to gather all the kids for a group photo, and miraculously, they pulled it off, but asking Dex to smile was a step too far. I had to cut the other kids out of the group shot, but here’s Dexter with his ride-or-die friend, James.

I showed a few of these photos to my cousin and she was all, “Why does he look so sad?” and I don’t know why, because I swear he was having a great time. We both had a great time! After our walk, during which Dex literally took time to stop and smell the flowers because he’s a perfect miracle boy, the whole group tromped in for a picnic. 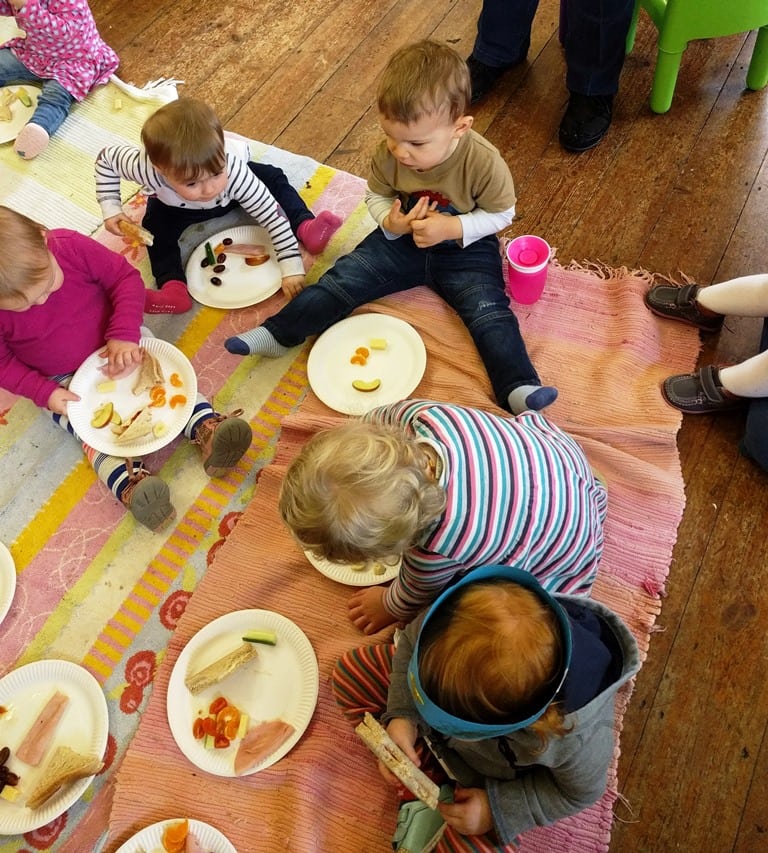 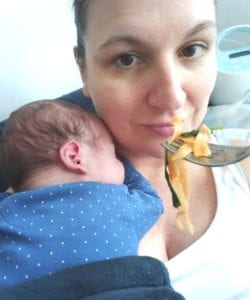 So, that’s what a Wiggle Walk and Caterpillar Picnic are. They are also apparently a fundraiser, somehow? But I haven’t figured that part out yet.

Dex and I headed back home, where Matt’s and my man-to-man strategy continued, so Matt gave Dex lunch and put him down for his nap while I nursed Theo, then scarfed down some leftover dragon noodles.

While I was off spending quality time with Dexter, Theo might have missed me. He let me know with a rare, but extremely charming, little smile. 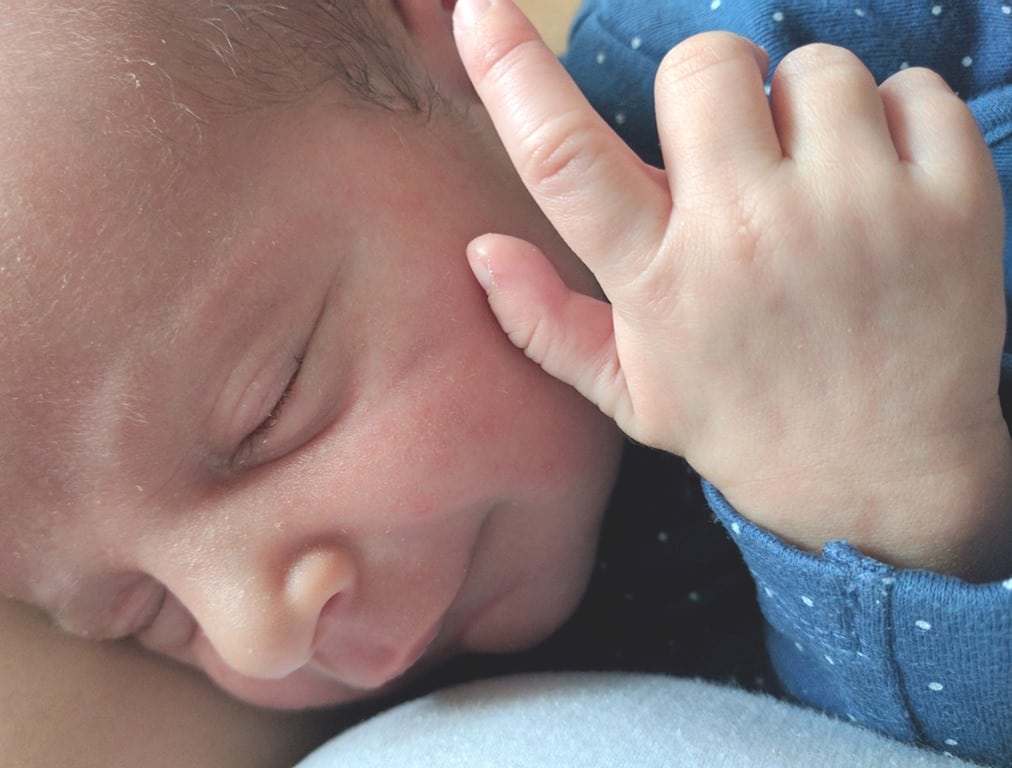