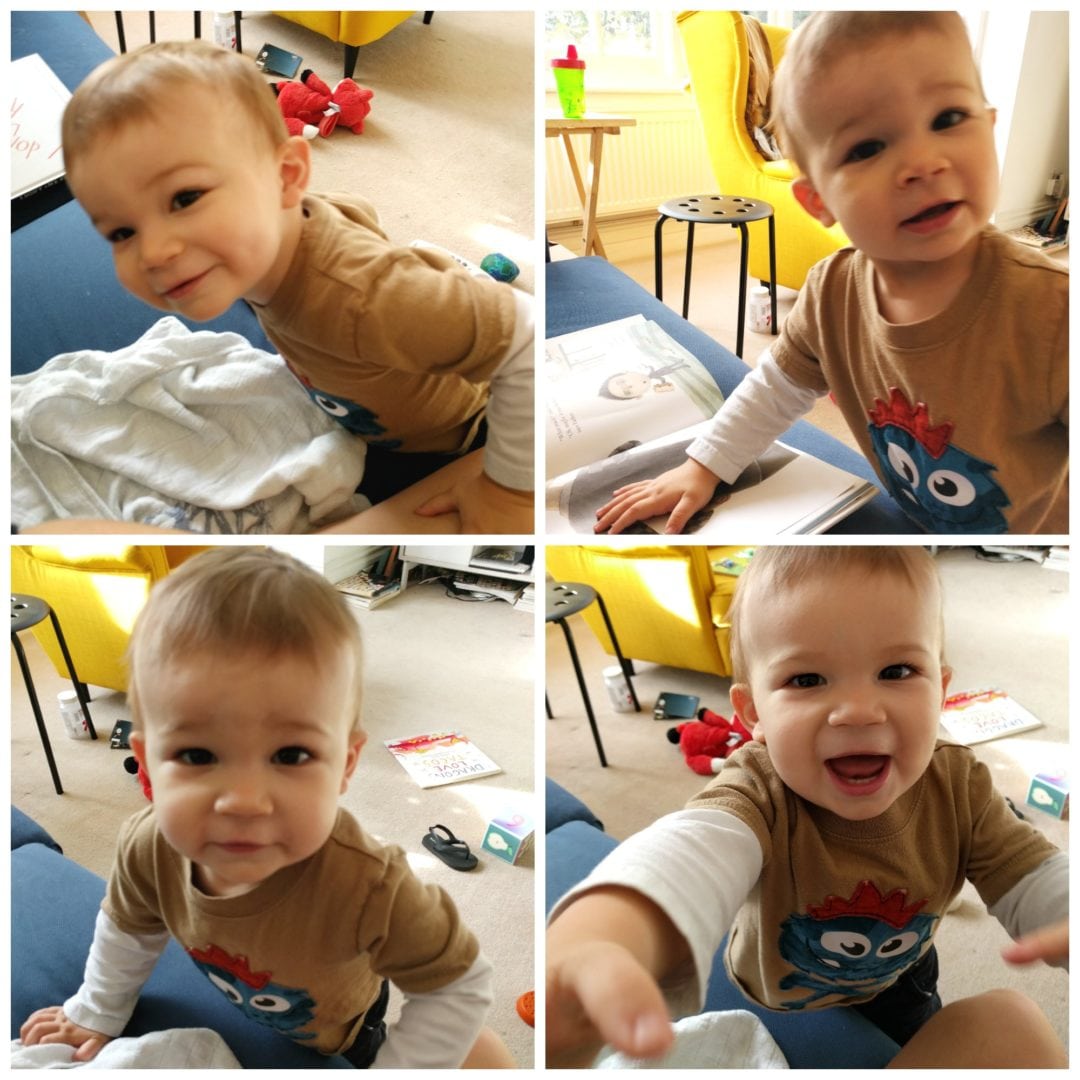 Books: I’ve mentioned, in the past, that as his book nerd mom, I’m delighted to see he loves books. That love continues to grow. Not only can he call them “books!” but when I pull one out he’s as excited as when he sees dessert. Every morning after Dexter wakes up, he sits in Matt’s lap and they read a couple. He does the same with me every afternoon for his nap, and Dex will also flip through them on his own multiple times a day.

If he sees a crescent moon in a book, he points to it and says, “banana!” (Well, the Dex word for banana, for which he’s invented his own phonetics and I’ll really have to get on video for you to understand.) If he sees flowers on a page, he tries to smell them. His repertoire of animal noises is becoming quite robust. 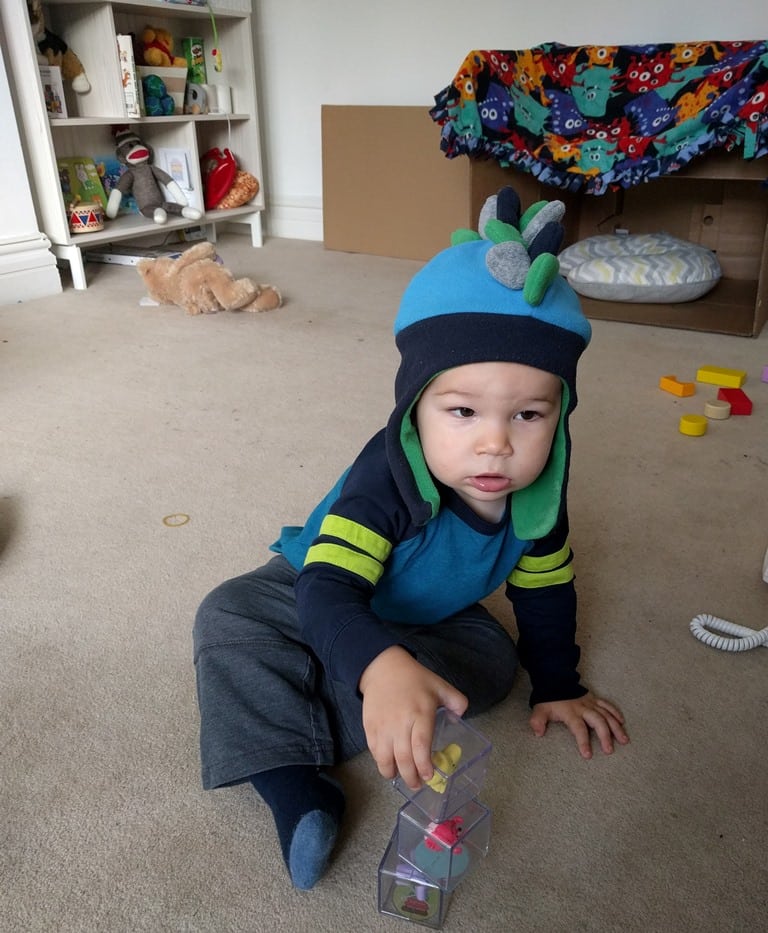 Blocks + Ball: Two more new words, two more of his favorite toys. Dexter points out balls EVERYWHERE. Yesterday he kept saying, “Ball! Ball! Ball!” while pointing to my coffee mug and it took me forever to realize he was looking at the writing on the side and identified the dot of the “i” as a “ball.”

Belly: Still obsessed. His, mine, Matt’s, doesn’t matter. Mine is extra interesting, though, because it’s getting big and produces its own visible tremors. 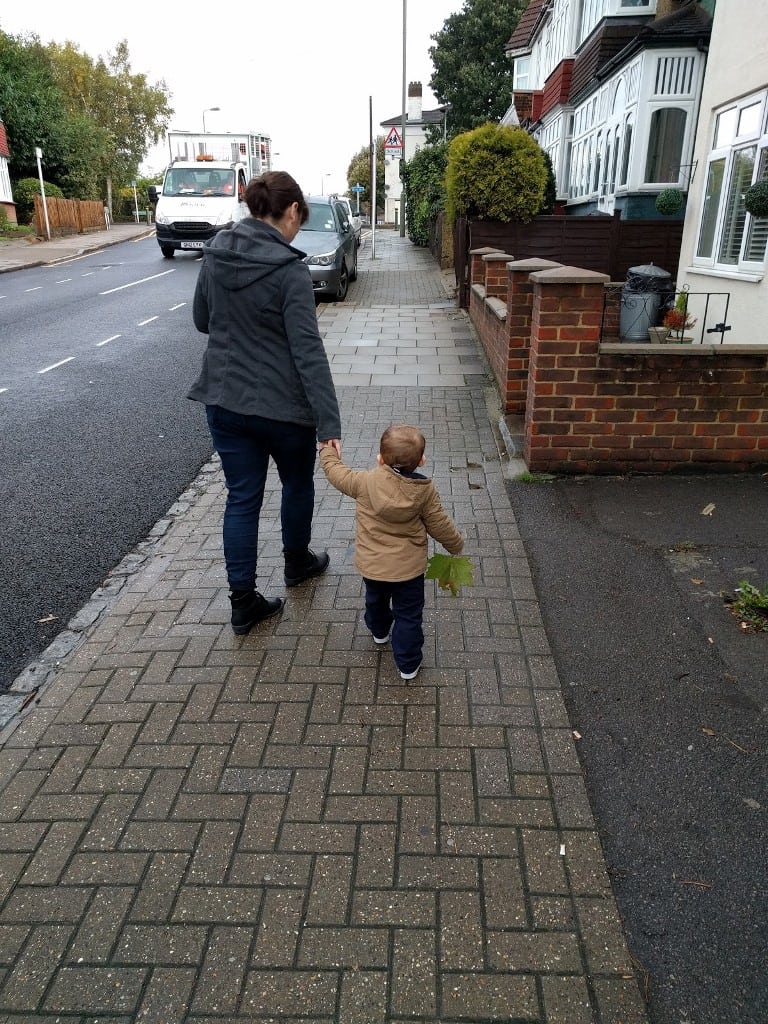 Baby: Every child is a baby, and Dexter is sure to point and yell this out, much to the delight of his peers. He’s also obsessed with pointing out pumpkins and cats, as he sees ’em. 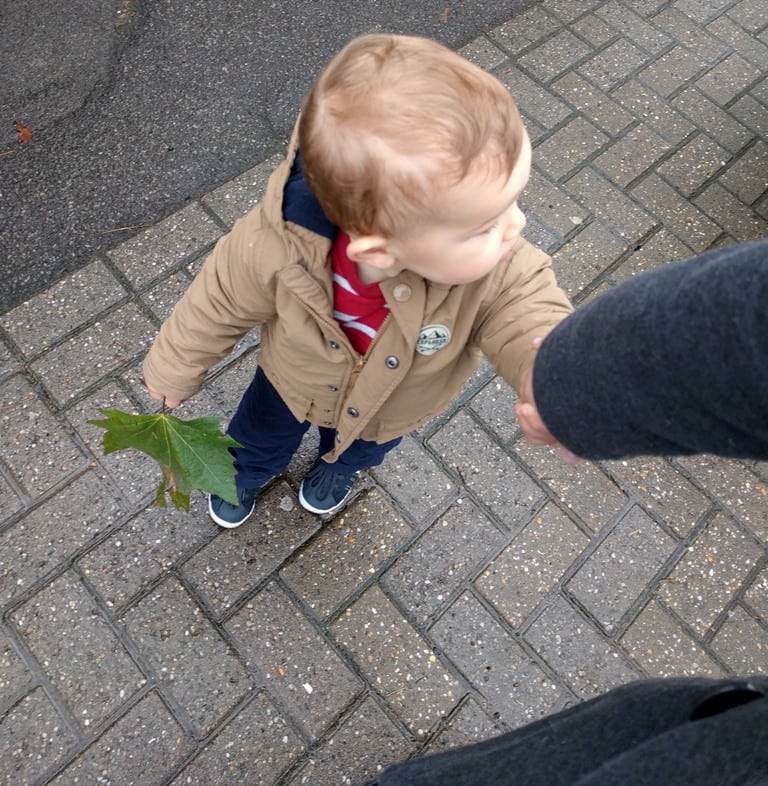 Bapa: That’s my dad’s name, to his grandkids, and Dex picked up on it fast. Now when my Dad pops up on the screen to Facetime, Dexter immediately exclaims, “Bapa!” 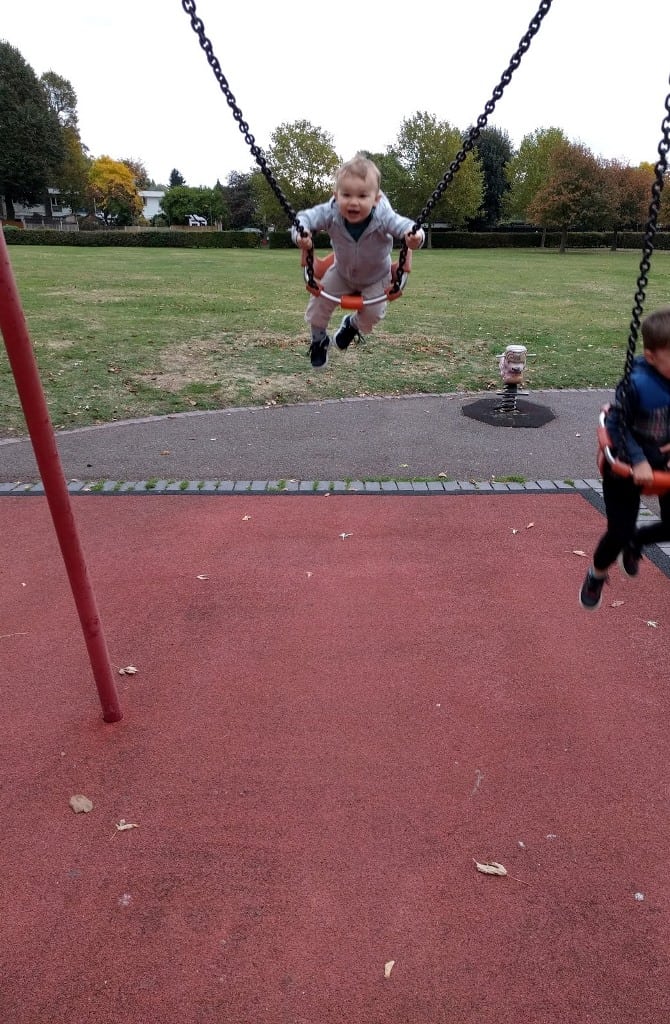 A B-word Dexter doesn’t say is “backrubs,” but he gives them, insisting I lean over so he can stroke my back comfortingly. I don’t know why – I’m never upset or anything when this happens – but I am also not complaining. It is unspeakably sweet.

This moment was less sweet, but hilarious, as evidenced by my cackling in the background:

We’re working on our pleases and thank yous – Dex will say them but doesn’t know why.

Most babies learn sign language so that they can communicate before they have the words, but Dexter does life his own damn way and is learning signs in tandem with words. He signs “more,” but we’re pretty sure it means both “more” and also just, “I want that.” Dex signs “water,” and that’s the only word he signs but doesn’t say. He signs and says “milk,” but he pronounces it “mewk!” in this really high-pitched voice and it’s adorable.

Dexter will eat any food on the planet, as long as I hand a sample to him over the baby gate that keeps him out of the kitchen. But that exact same food, on a plate in front of him in the dining room 30 seconds later, might as well be poison.

He still mimics, sometimes at surprising times. I was telling a story while we were in Ikea and threw my arms up and went “YES!” and Dexter immediately did the same. We laughed and tried to get him to repeat it.

My most favorite thing Dexter does right now is the siren noise, an imitation of some sort of emergency vehicle in the UK. It goes “eee-ooo-eee-ooo-eee-ooo” and he usually does it when he hears one outside, but sometimes he’ll do it for no reason at all. Every time he “eee-ooo-eee-ooo”s, though, he looks at me out of the corner of his eye and gives me a little smile, like we’re sharing a secret. 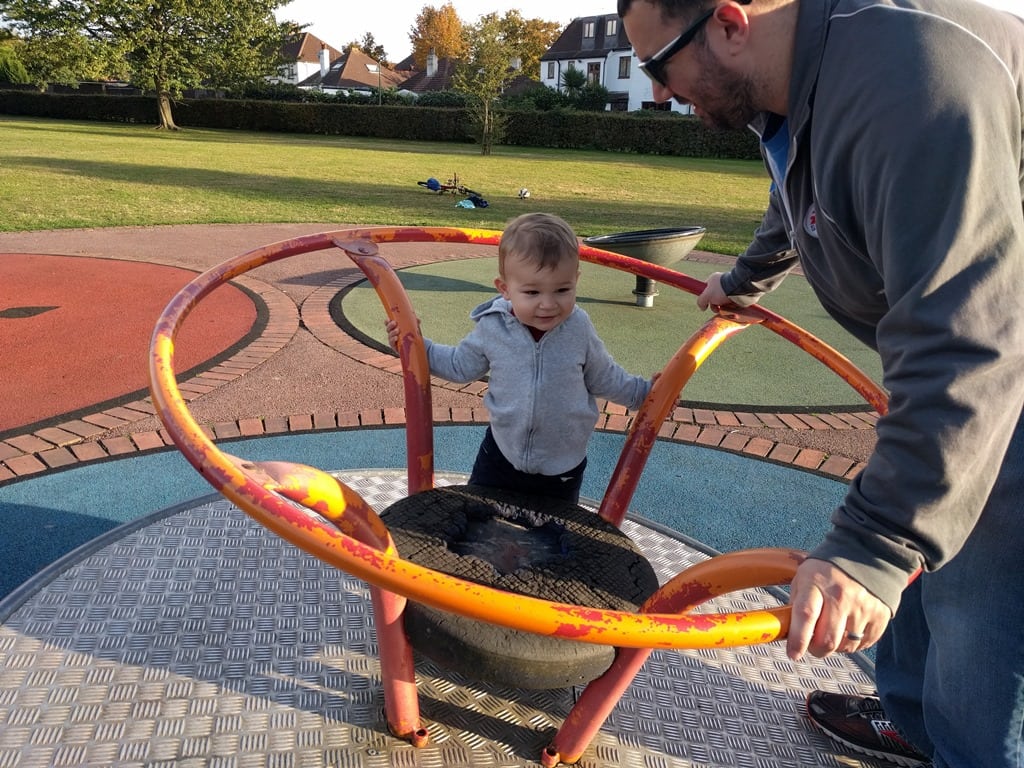 Nineteen months is good, right now. Dexter is playful and funny and often sweet. He can also be infuriating. You know because he’s my kid, he’s willful. I don’t even mind the tantrums, when I know why he’s upset, but it is tough when he’s freaking out for no apparent reason. (I’m sure it makes perfect sense, to him.) Dexter was being difficult on the bus today, and an older woman seated in front of us turned around. I thought she was going to yell us for being noisy but instead, she told me I was doing a great job, being firm with him, and then distracted him for me. It totally worked. I’ve kidnapped her and she’s living in our utility closet. Don’t tell anyone.

Dexter makes up for the tantrums by being my style icon.

I’m not kidding. To a pregnant lady, his clothes look so, so comfy. My kingdom for his wardrobe in Jamie sizes.

Nothing too deep this month. Dexter is adorable and clever, and even though England is getting colder, we’re exploring bigger and having more fun in our new country. Every day, Dex gets more capable and communicates better, so as we explore, he gets more out of it, and so do we. We love him and feel lucky to have him along for the ride.