Another bad day for Dex and me. I was doing the best I could, to create some routine and some fun while we were stuck in the hotel, but he’d melted down several times and for the third day in a row, Dexter had an hour of tears and tantrums, right at the end of the day. Of course, he’d cried before, but this was different — he’d grab and my clothes and skin and pull me close, almost like he was trying to climb inside my torso, and he was completely inconsolable. That terrible Thursday, I tried to get on the ground, on Dexter’s level, to talk to him.  He clung to me. We were outside and causing a scene, so I decided to carry him in, but I was in such an awkward position that when I tried to stand up, he stumbled, fell hard and was devastated. I felt like a monster and a failure. After years of working, I knew staying home with my son would present challenges but I expected to hit the hard stuff a few months in.

We hadn’t even made it three days, and we were a mess.

Looking back, I realize that our circumstances and stress were to blame but at the time, I was terrified that we’d never figure it out.

We’ve come a long way. I’m happy to report that while things aren’t perfect, I am really enjoying my time at home with Dexter and I think he’s into it, too.

Dex is turning into such a big kid. He’s huge into helping, just like Matt, who physically can’t stand to be idle if there is a problem he potentially could help solve. So Dexter helps with clean-up or handing items to his parents or closing his baby gate, all with varied levels of effectiveness. He mimics. The other day, we were talking and Matt said, “Knock wood” and rapped the table and out came Dexter’s little fist to do the same.

He’s ambidextrous and fastidious, frequently wiping his hands and his mouth and if he sees a tissue, he’s blowing his nose whether it needs it or not. He’s still adding his own words at a pretty slow pace but his understanding of what we say has exploded, to where it’s becoming rare that he doesn’t grasp what we’re telling him. He does try to jump in during video chats and whenever someone laughs, he contributes his own big fake guffaw to the conversation.

He sucks at winking. It’s a flinch-eyed double blink with some eye-rolling tossed in, and it’s hilarious.

Dexter spins around and rides his dragon about twice a day. He has a child’s atlas and knows how to flip to the Caribbean page and point to Puerto Rico, where grandpa was born. Dex can find his nose and your nose and he’s obsessed with bellies: his own, mommy’s, daddy’s, he loves them all and doesn’t care if you’re on the train when a belly mood strikes, darn it, he’s lifting up the front of your shirt and shouting, “BELLY!”

Every day, when I walk in to get him after his nap, he jumps up and down with excitement. Pretty sure that’s exactly what rock stars feel like when they enter a stadium packed with screaming fans.

Dex brings me books and crawls into my lap so I’ll read them to him. That’s pretty much 90% of the reason why I had a kid so I’m pretty happy about that development. 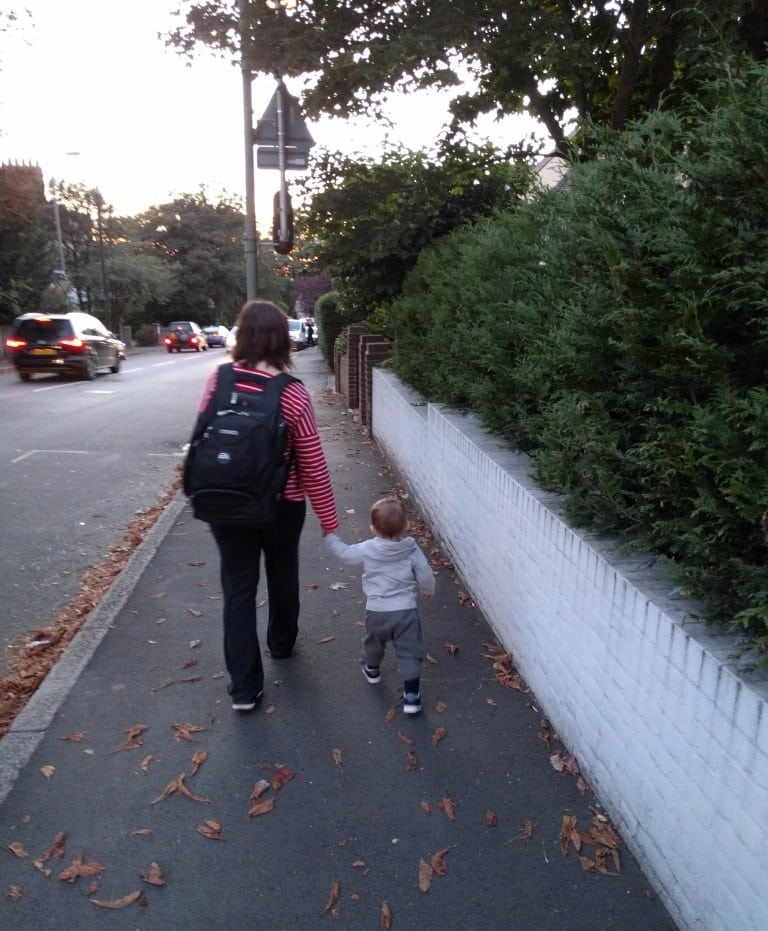 We walk together, holding hands, and he rarely prefers the stroller, now. Dexter still draws a lot of attention. He’s frequently described by strangers as “cheeky” or “clever” and I’m going to start keeping score of how often people say, “Ooooh, he has a cheeky smile, doesn’t he?”

Sometimes, in the very best moments, Dex will run across the room and give me a hug, for no reason at all.

Dex cheerfully tags along with me to the library and museums and doctor’s appointments and shopping, and he’s becoming a genuinely enjoyable companion. He is turning into his own little dude, with his own personality, and not only do I like hanging out with Dexter, but I am unabashedly, buoyantly proud of him. Ask anyone. I won’t shut up about it. Dexter is patient and playful and funny and fearless and best of all, he pushes himself. He encounters a challenge or a new experience or unfamiliar territory to explore and every single time, Dex swan dives in, without hesitation, with everything he’s got.

Maybe someday, I’ll stop being surprised by what a miracle Dexter is, but we’re not there just yet.

Give me time. It’s only been a year and a half.