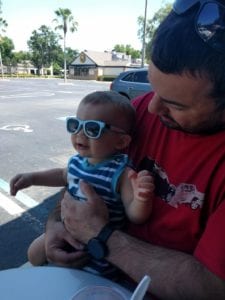 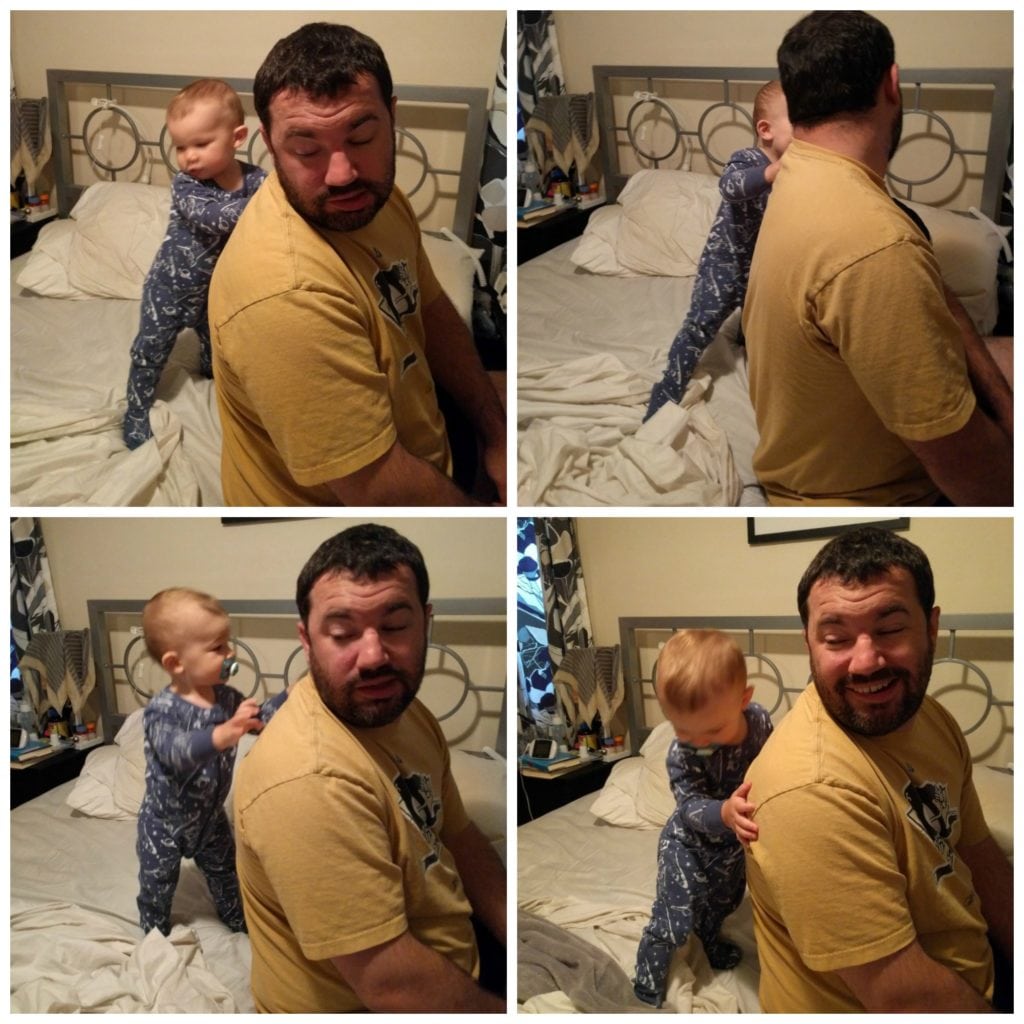 Then I get Dex changed and dressed while Matt finishes up and gathers the stuff he needs to take for daycare. I kiss them both goodbye – Dexter thinks it’s hilarious when Matt and I hug. I lock the door behind them and then run around like a crazy person trying to get myself ready for the day.

Those moments while we wait for Matt, when Dexter is calm and a little sleepy and full of bottle and extra affectionate, are the gold stars of my day. Sometimes I’ll get like, 5 or 6 two-second hugs. It’s amazing.

Dexter stepped up as the bookie when we had some friends over to watch the Kentucky Derby. Neither Matt nor I won any money, so you know he was fair and impartial. It was also the first time we brought his high chair into the living room, so he could eat dinner with the gang, and he loved it.

Remember last month when I said he’d be walking any minute? If there is a recurring theme to these monthly updates, it’s “Dexter proved his Mom wrong AGAIN,” and well? Dexter proved his Mom wrong. AGAIN. He cruises like a pro and has taken a step or two but those attempts always end with him diving into my lap. We’re pretty sure he could walk, if he wanted to, but he’s just decided he’s not ready. And that’s okay with us.

He loves to toss a ball back and forth, push every button he sees and lay his favorite stuffed animals on the ground, then rest his head upon them in a show of snuggley love. Sometimes he also does this with a balloon or his football. Dex just has a lot of love to give, okay? And he likes to do it by using his cherished things as a pillow. 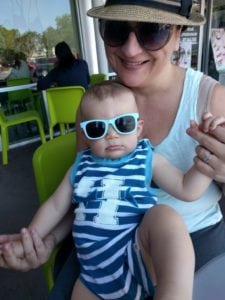 Dexter also frequently uses me as a pillow, so I am okay with this.