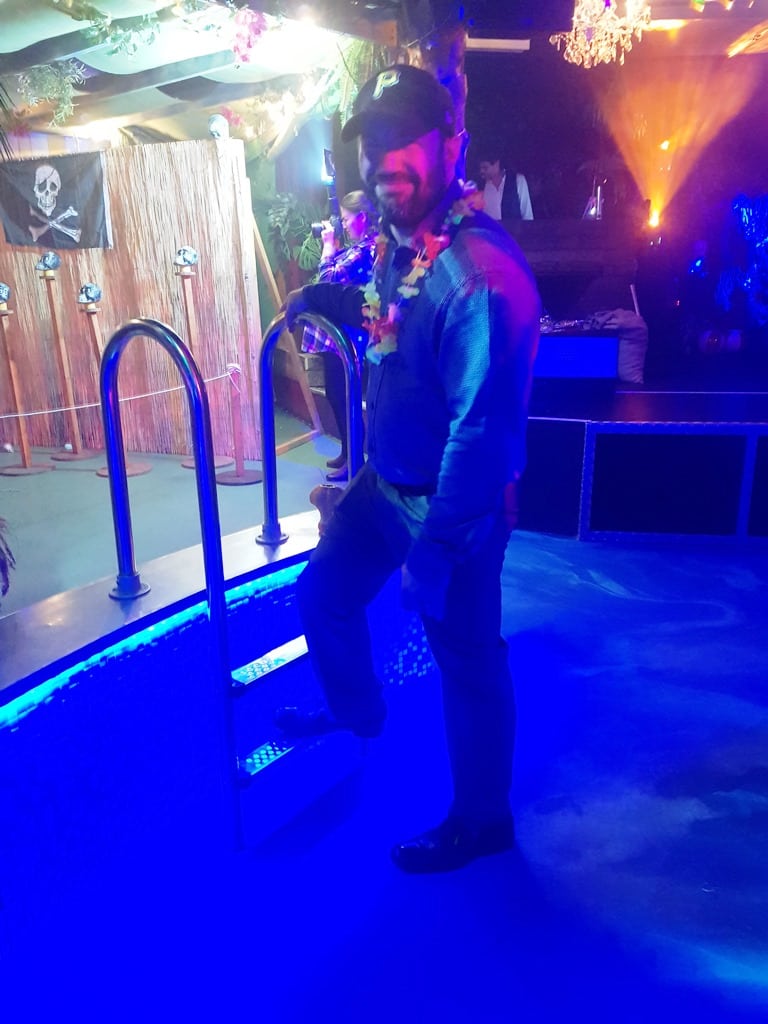 And Matt was bad. 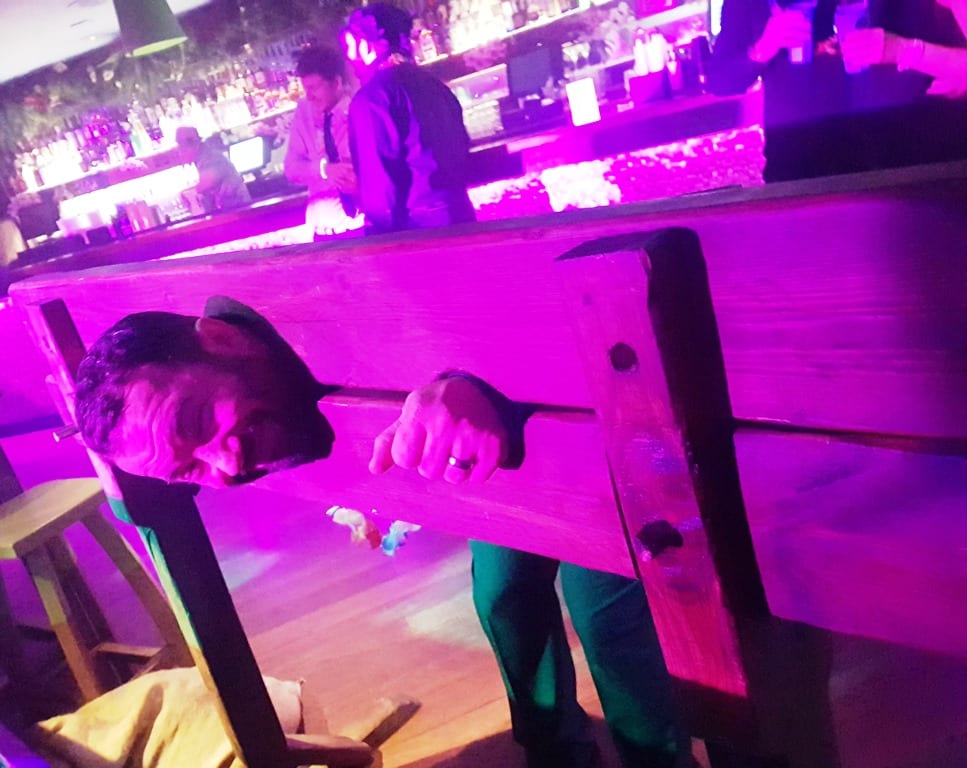 Not really. We played games and ate tacos and gossiped and danced.

The next day, we went to a teahouse and spontaneously bought Dexter a vampire cookie because are you going to say no to this face? 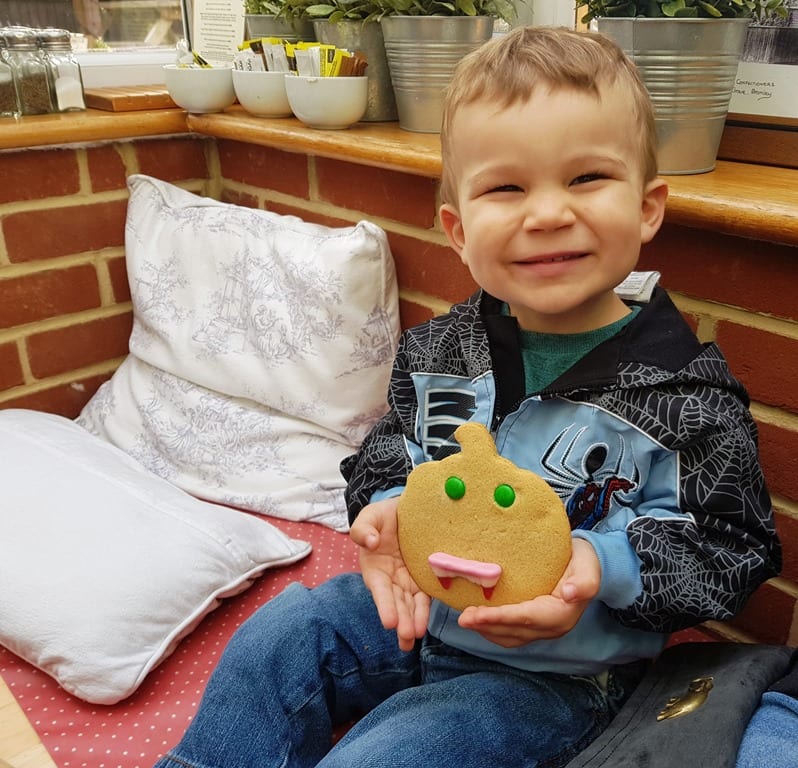 Dexter still didn’t really understand the concept of Halloween costumes. I showed him all of the ones on the Target website, and he either wanted to be all of them or none of them, depending on the minute. We finally settled on a unicorn and then his Grandma sent him a Halloween book where the main character goes as a dinosaur and it almost blew the whole deal, but his unicorn arrived and it was SO much better than we expected. The best photos of the costume itself are from him trying it on with tags the night before, so here you go: 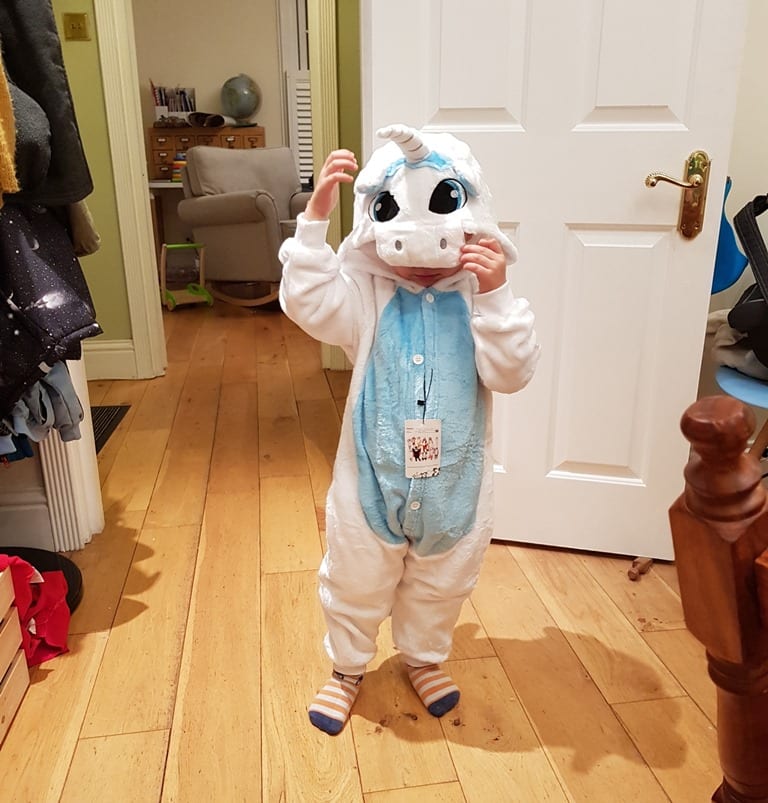 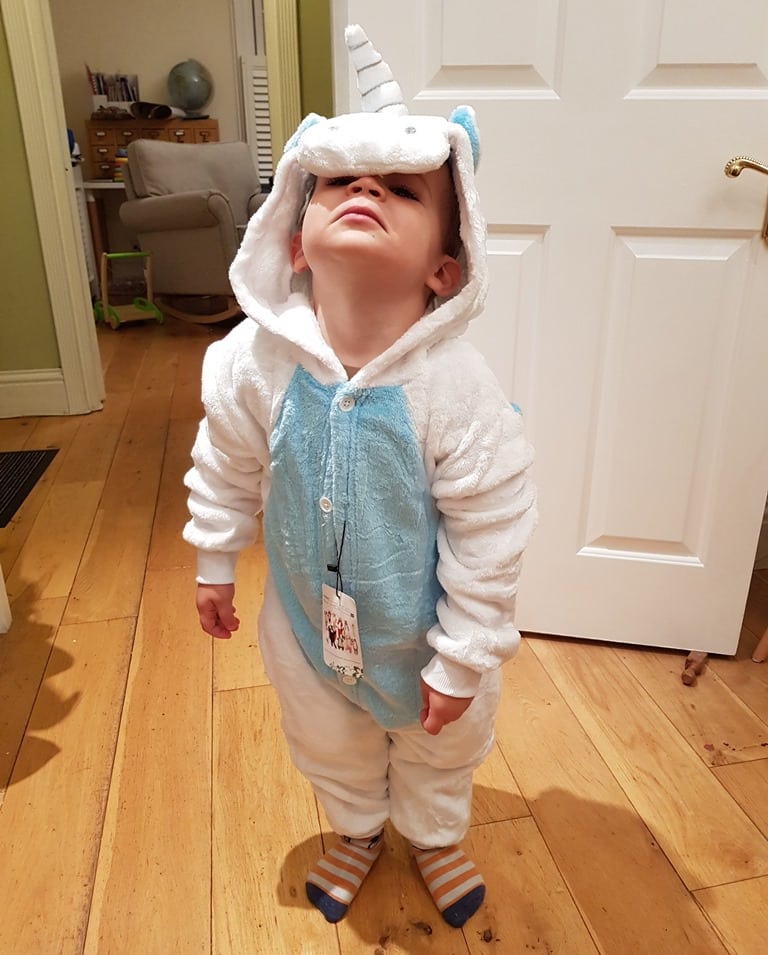 For Theo, I pulled out Dexter’s old shark costume. Here’s a refresher of Dex in it: 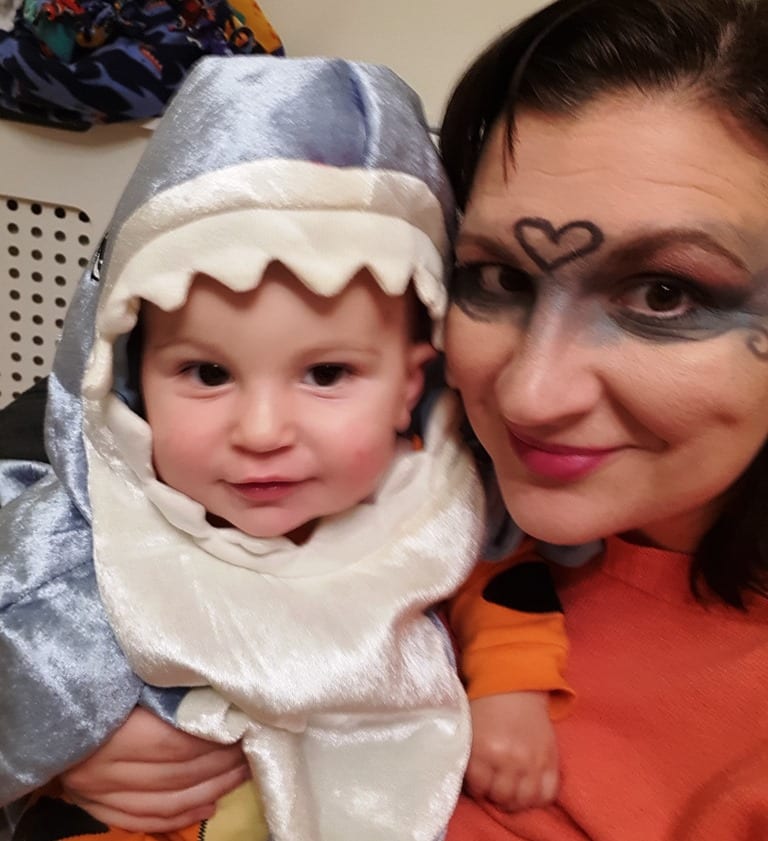 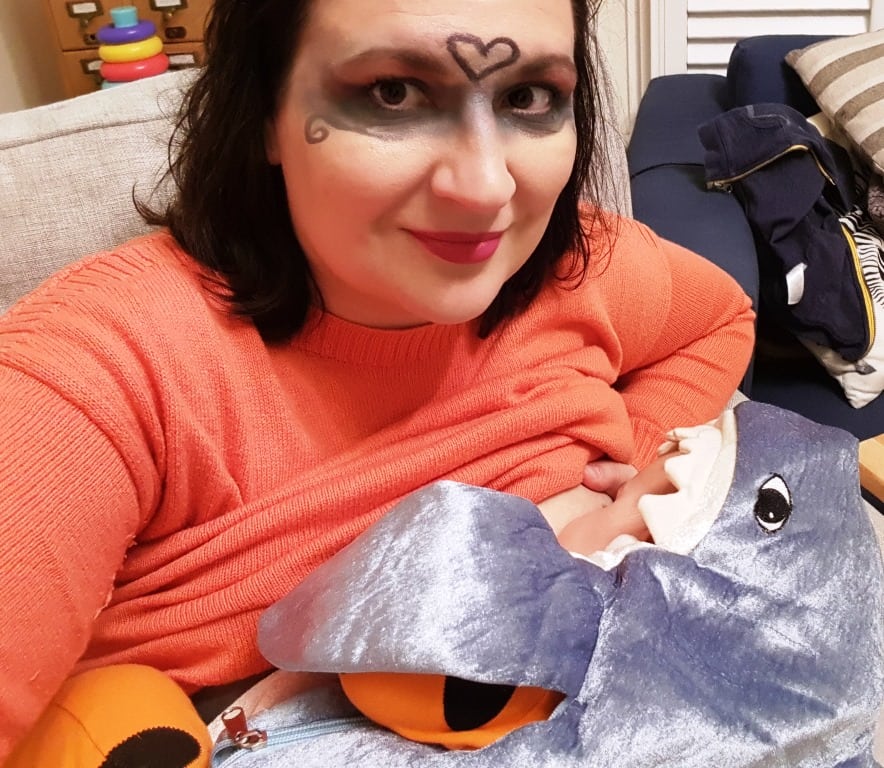 We met up with a big gang of kids to trick or treat. Dexter was really freaked out initially, and the first couple of houses, I held him while he buried his head into my neck for the entire transaction, but he got into the spirit of things after a bit and soon was running around with all the other kids, yelling TRICK OR TREAT and carefully making his candy selection, then thanking the giver. Theo was content in his buggy among the chaos, and when it was time to walk home, Dex didn’t want to stop and kept begging to ring the bell at clearly dark houses. Oh, there’s a British thing for you — because trick or treating isn’t as widespread here, homes indicate that they’re giving out candy with a lit pumpkin in the front. No pumpkin, no tricks or treats. Elegant.

It was too dark to get many decent photos but I couldn’t resist this one on the way home, when Dex unearthed my sunglasses while bumping along in his wagon: 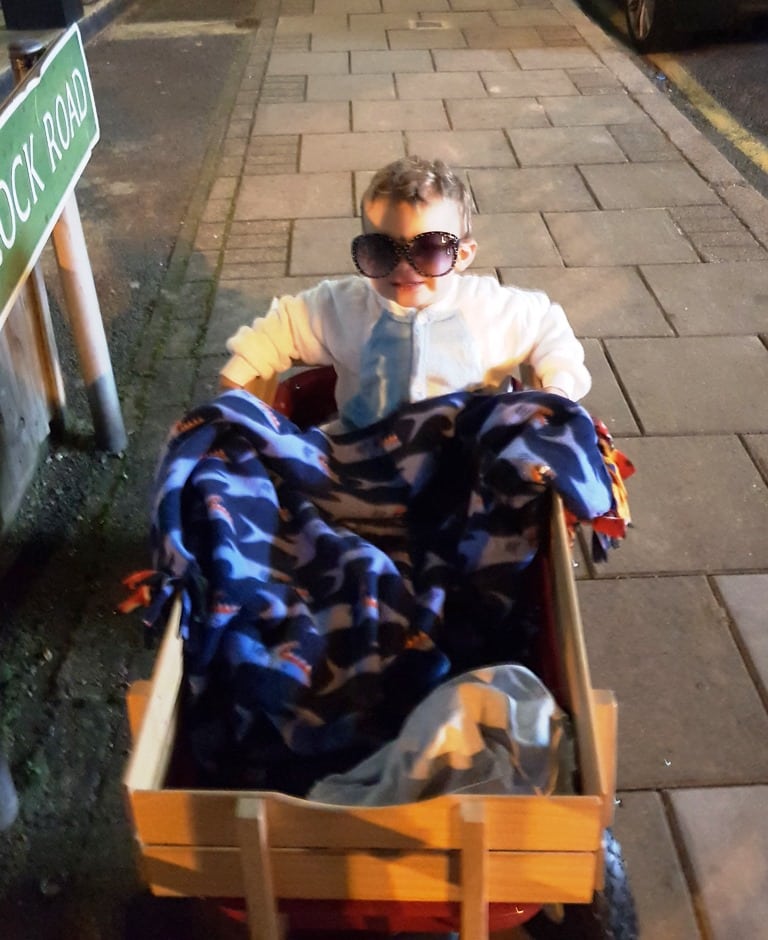 He wrapped up a pretty great evening by rocking in his chair, eating his allotted two pieces of candy and discussing the evening with me.

I talked last year about how toddlers don’t give a crap about the idea of a perfect evening their parents have planned in their heads, and I tried to keep my expectations in check, but Halloween 2017 was pretty ideal. We’re already excited for next year. When Dexter will probably be a dinosaur.