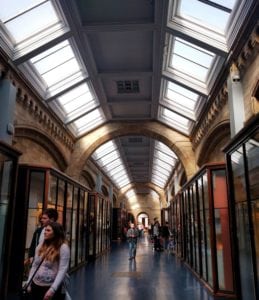 The good news is Matt’s parents were here for Theo’s very first two weeks, and we spent a lot of time taking it easy, but did venture out to see the Natural History Museum. Dexter had recently shown an interest in dinosaurs, and of course, we thought it would be cute to show T. Rex a T-Rex.

Like every other London museum we’ve visited, the Natural History Museum is 1. gorgeous and 2. free. 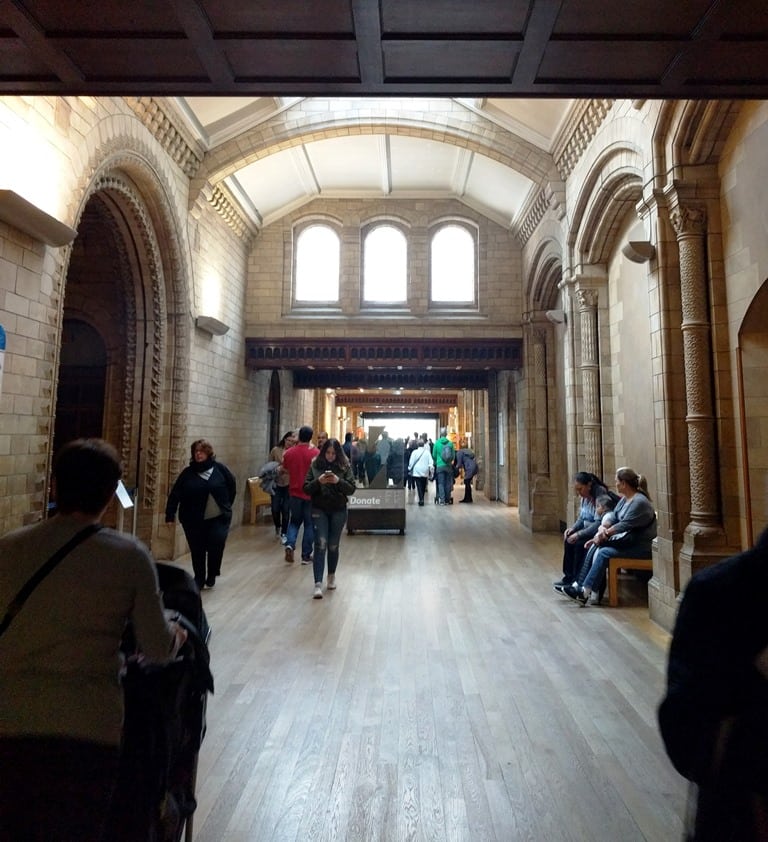 The museum’s architecture is so church-like, I just checked to see if it’s actually housed in a former church. It isn’t, but I’m not crazy, because apparently it is sometimes called a “cathedral of nature.” 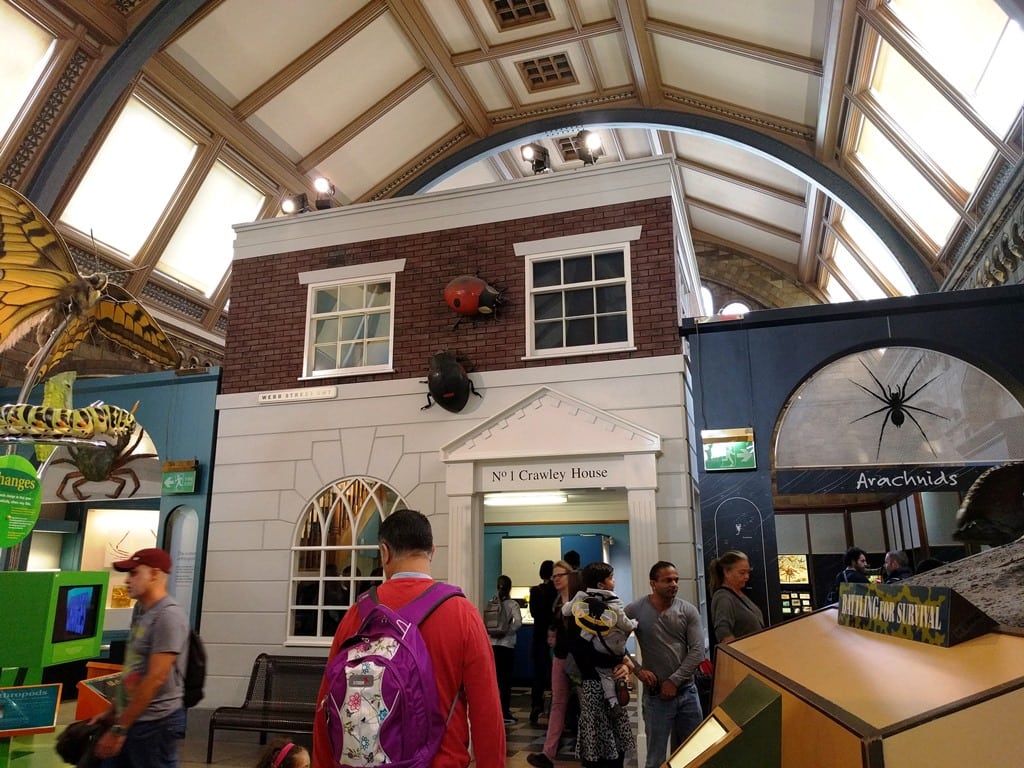 There are five main sections: botany, entomology, mineralogy, paleontology and zoology, which while we were there, was focused on sea life. 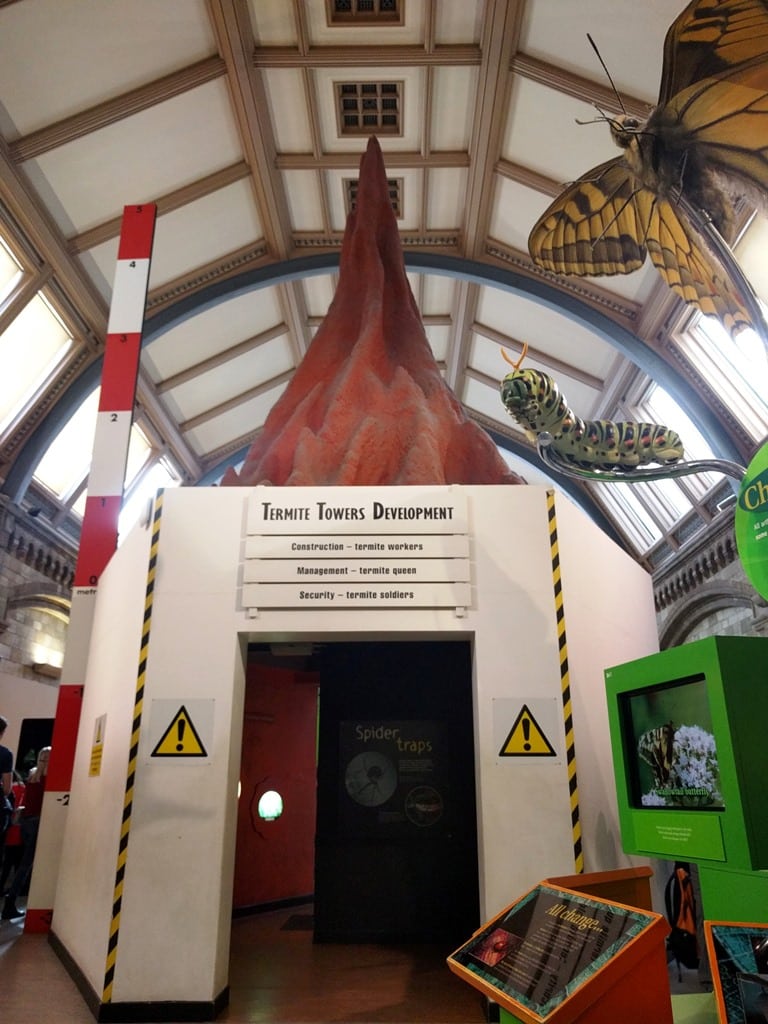 We spent the majority of our time in the creepy crawly section because it was the most hands-on for toddlers. 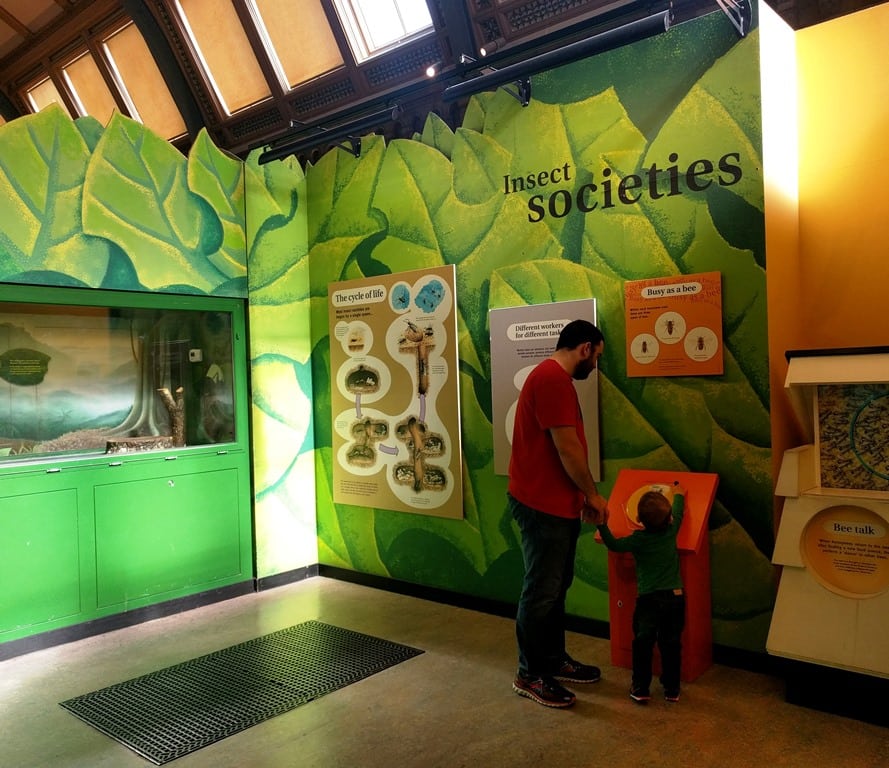 Matt looked for a snack: 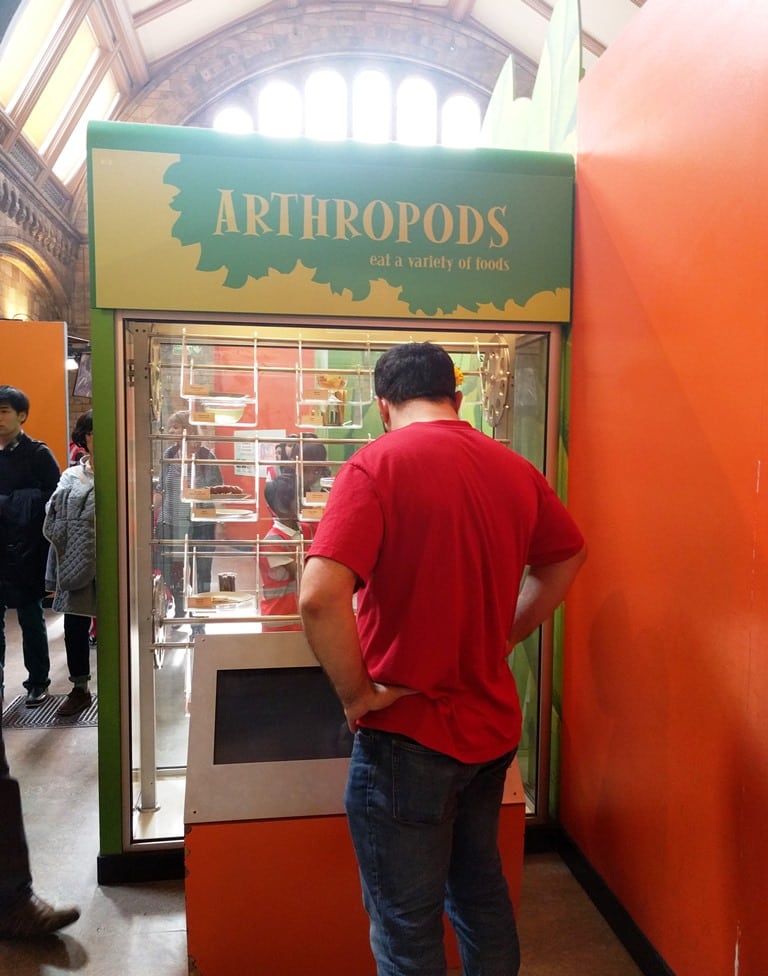 If you look closely, you can see Dex down there pushing buttons with his dad and grandpa: 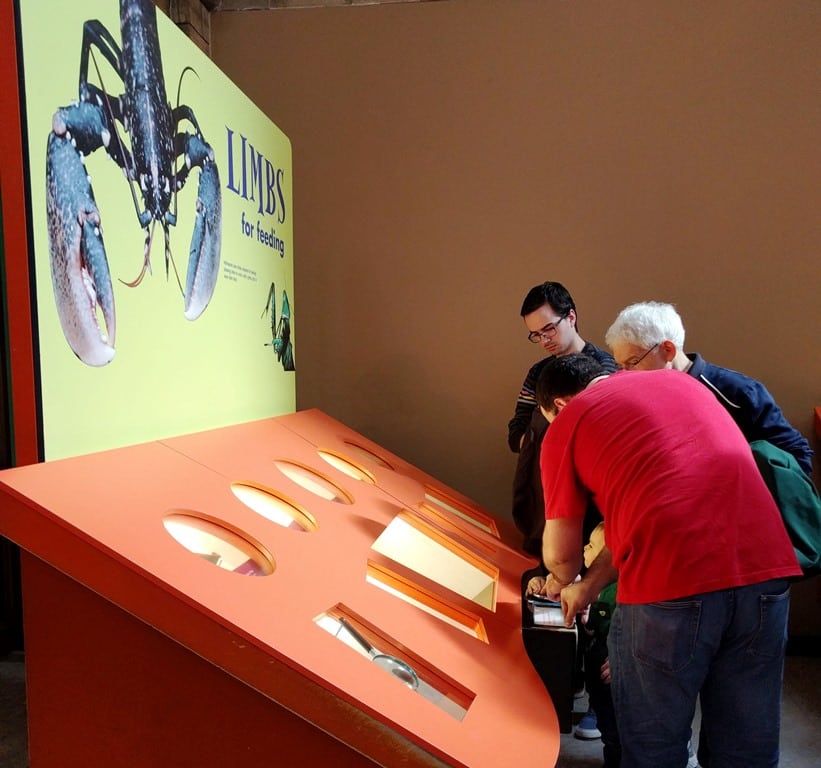 I have scorpion fear (when I lived in the Keys, sometimes they would be in my HOUSE, oh my god, I can’t even think about it), but this was so cool I womaned up for a photo: 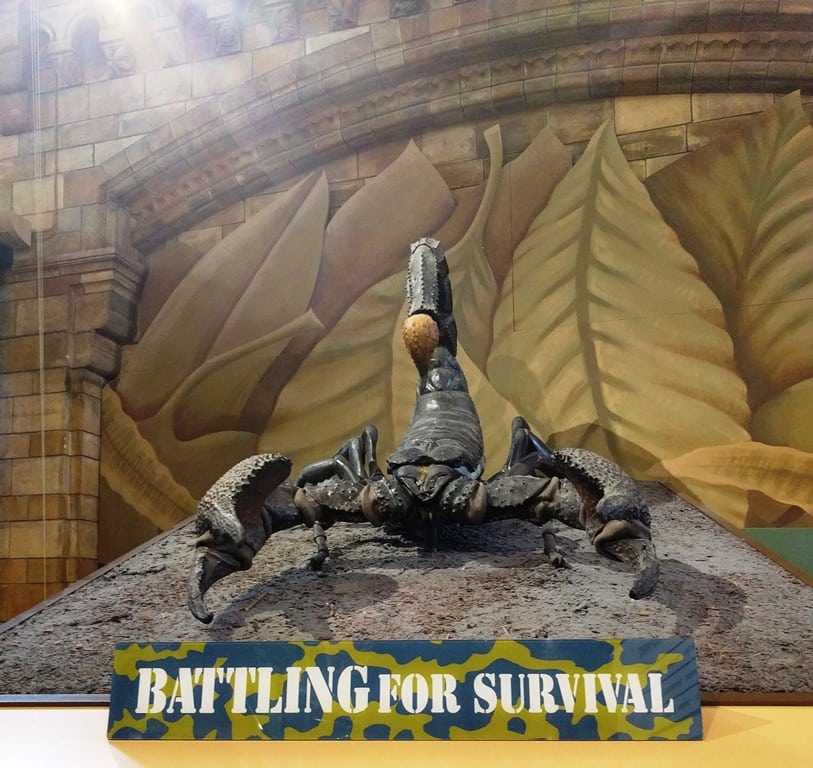 Theo got hungry almost the moment we entered, so I looked for a suitable bench to park and nurse. Matt mentioned he saw one in the botany room, and I am pretty whatever about breastfeeding in public but a school trip comprised of about three dozen teenage boys had just filed into there so I declined, and found another bench near some dead birds.

It wasn’t until later I discovered there was a decent breastfeeding room in the women’s loo that has all of my top three lactation room favorite features: 1. cushy seat with a 2. backrest and 3. the holy grail, a footrest. I nursed comfortably in there with another mom and even made small talk, which is not something that always happens in England. The only downside is that those rooms are always so isolated from the action.

Dex was looking a little glazed, so we skipped the sea life and headed for the main event: the dinosaurs. It’s nicely laid out, with a walking path that teaches you about dinosaurs while building up to the big t-rex finish. 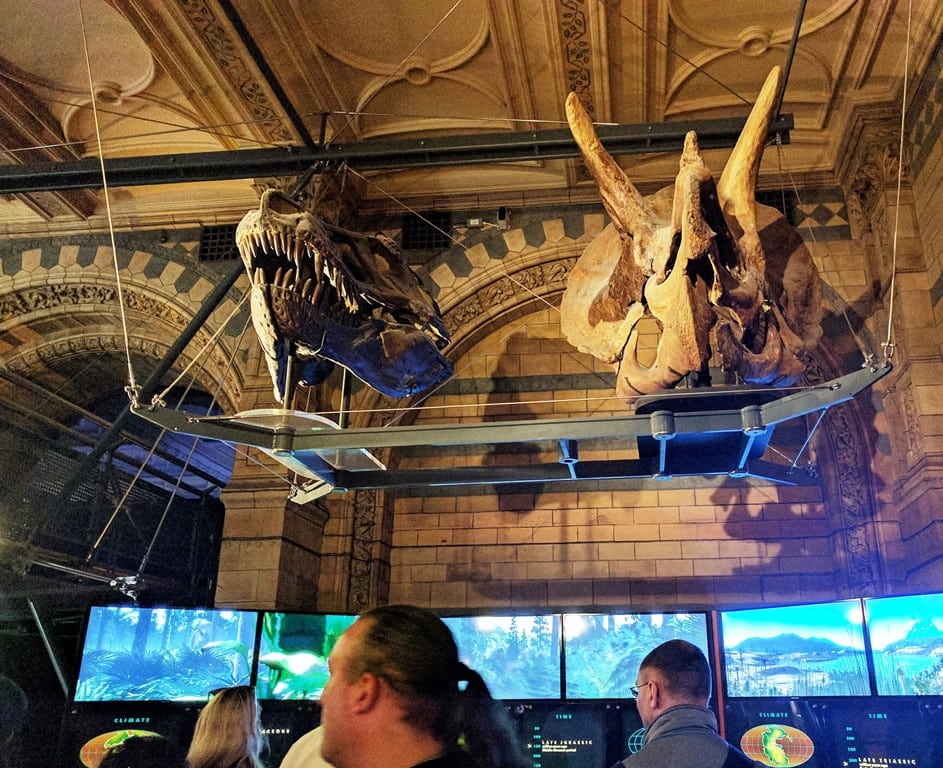 When we arrived at the tyrannosaurs rex’s lair in the back, schoolchildren were gathered around, staring in awe, decked out in their little uniforms. 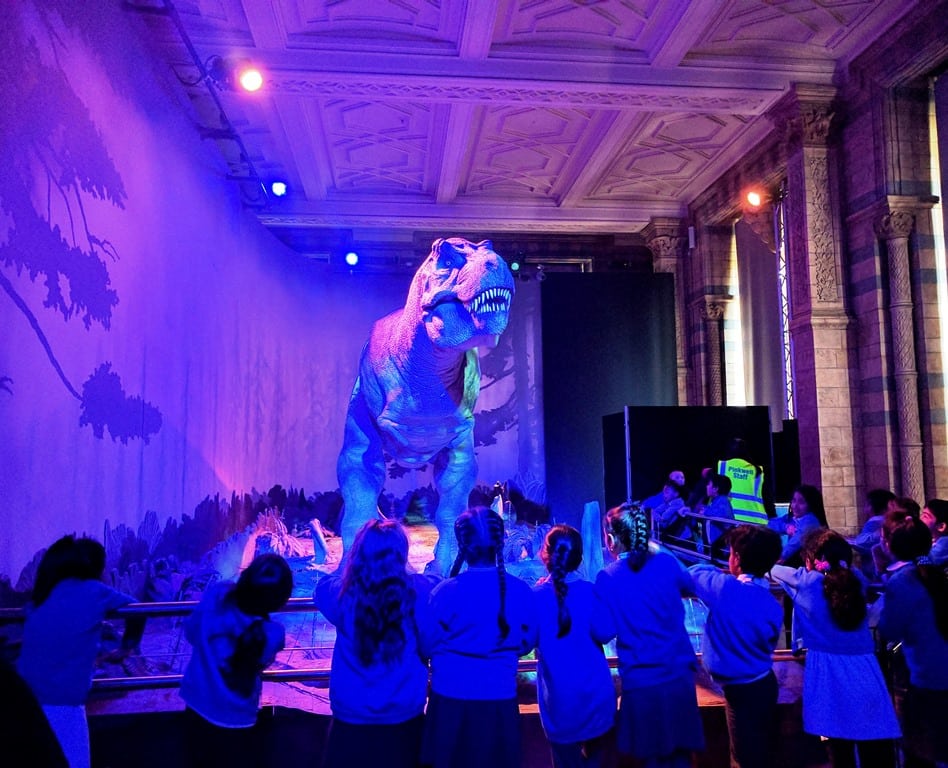 Dexter got scared pretty quickly, and Matt ushered him out. It must have scarred him deeply, though, because to this day, he’ll occasionally say, “T-Rex. Scared.” out of nowhere. Oops. Theo, on the other hand, was utterly nonchalant. 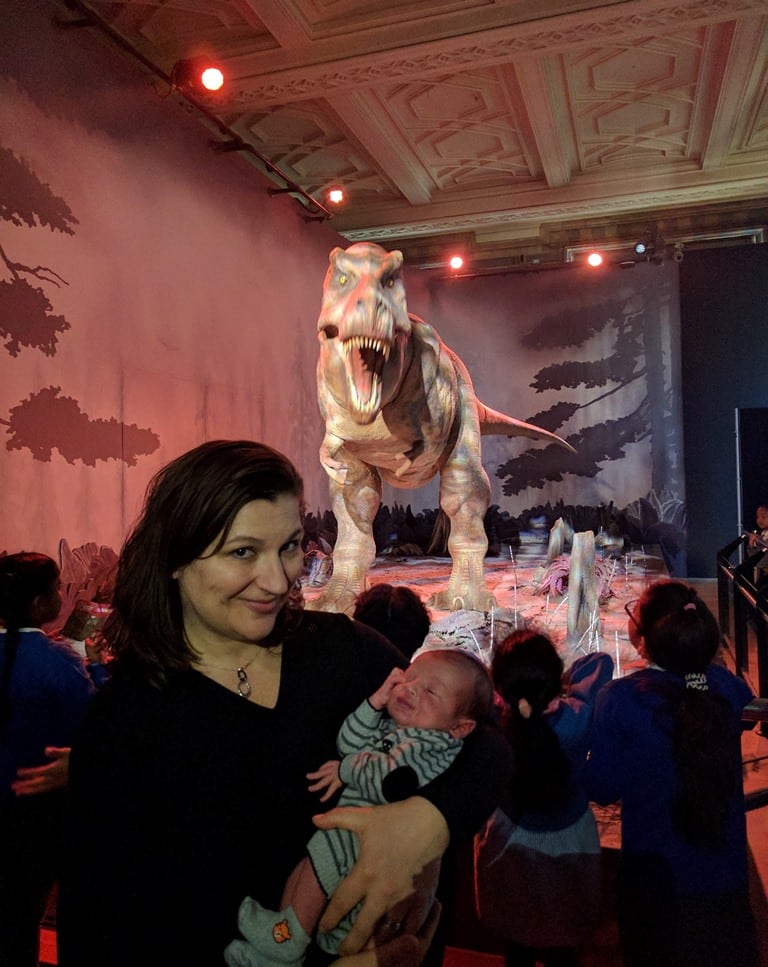 When we exited out the back, we walked into a gorgeous courtyard with grassy ridges cut in a circular pattern, perfect for seating or for kids who want to run around like maniacs who have been cooped inside a museum all morning. 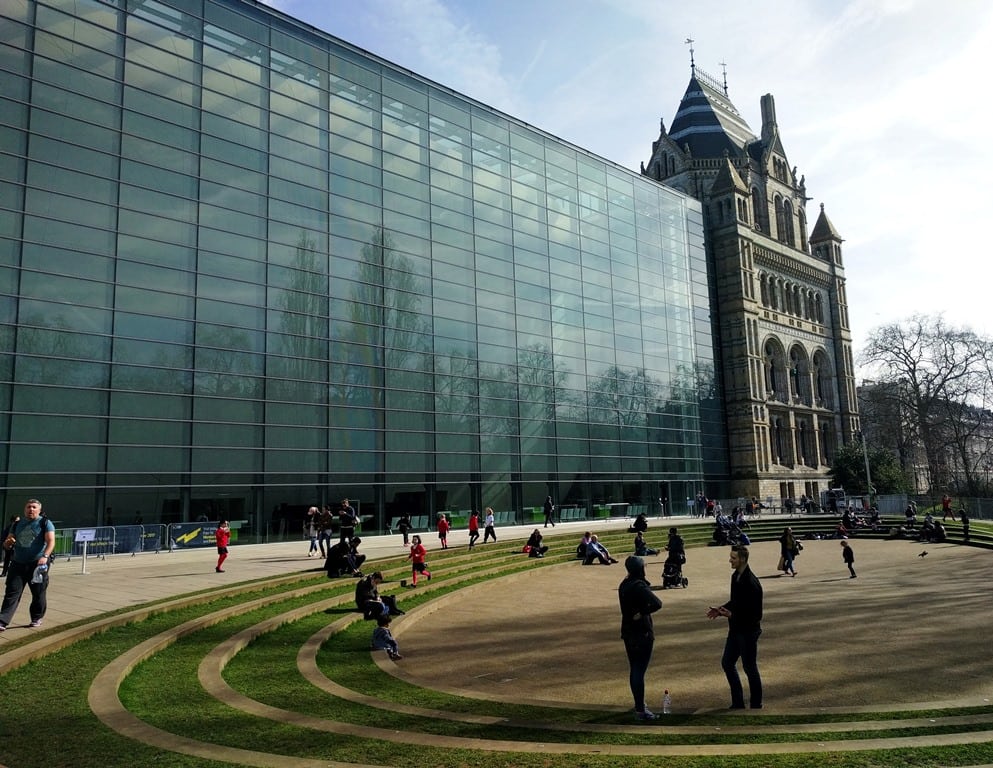 London’s Natural History Museum is not the biggest or flashiest, but I like that it’s rather quaint. Dexter still naps most afternoons, so something that can be done in a morning is still an ideal outing for us. I’d like to go back and visit the fishies, though, and also spend a little less time sitting and nursing. 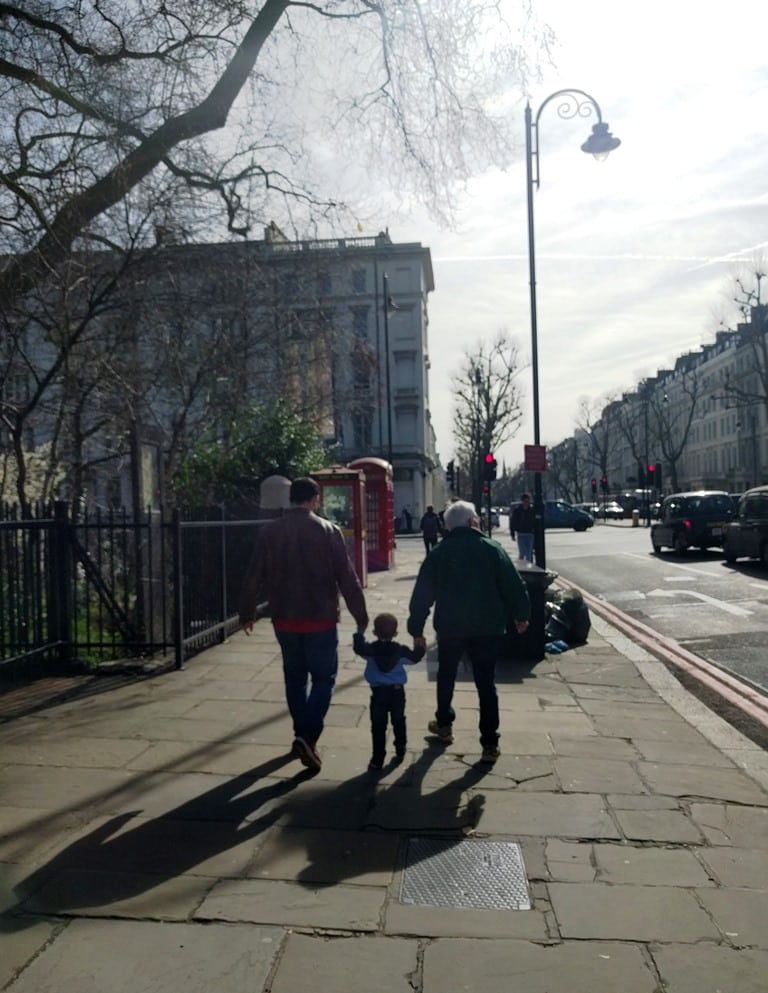 And then we walked to Nandos for lunch. That’s three generations, up there.

Remember when I said that Dexter’s first two years went at normal speed, and then Theo’s first month flew by at light speed? That remains true, and my computer time is severely truncated as a result, so I am waaaaay behind on posting about things we’ve seen and done. This happened in March.

I sure hope you like old, stale photos of London sights, because there are many more to come.