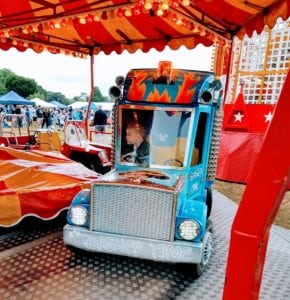 Fortunately, the Bromley Beer Fest is fueled by booze so the woman took it in stride.

It was held at and raised money for our local park, Whitehall Recreation Center, and since we use the place all the time, we figured we should go spend some money in support. There was live music, a bunch of rides, a few food booths and a huge beer tent stuffed with kegs.

Beer fans should go early — it lasts all day, but we didn’t roll in until 5ish and by then, most of the kegs were sold out.

A lot of families pitched tents and had coolers and I can totally see how that would be a fun way to spend an afternoon. We’d consider it next time.

We got rained on, but, you know. England.

Dex was all about the rides. Except the row of inflatable slides and bounce houses, which Dexter swore to me he wanted to play. Only after I shelled out six quid did he reveal he was too nervous to actually go and just stood there watching other kids, which I feel I should point out, he could have done for free.

So instead he and I rode a flying elephant together, then he drove two fake trucks in a circle, followed up by a train. 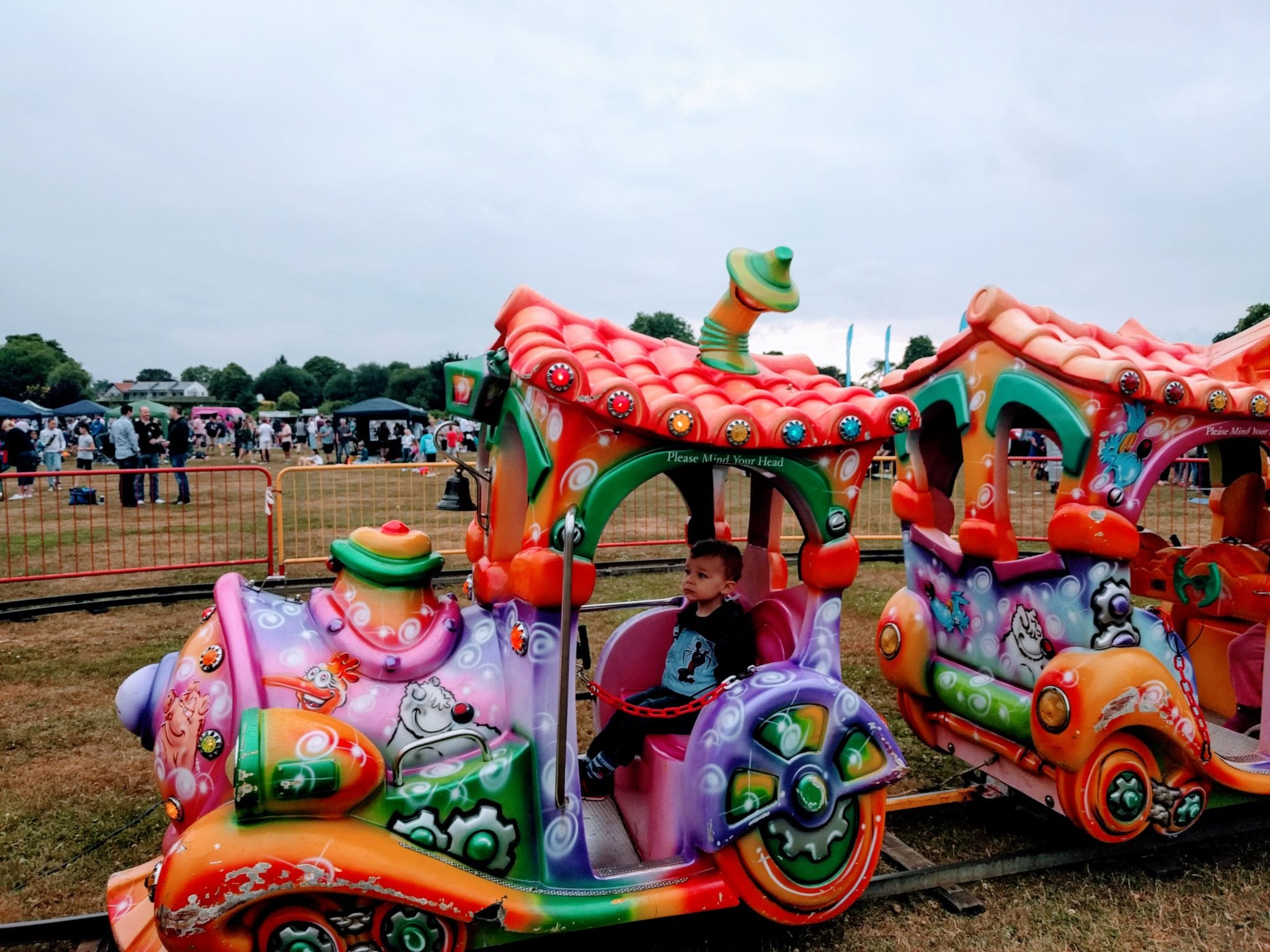 I feel like I keep having to write this, but I promise, he was having fun. So grim in the photos. I don’t know why.