London insider tip: If you’re going to waltz around the city with a newborn baby, you sure better be ready to have long, in-depth conversations with British grannies about how lovely the baby is. Woe is me, I get to brag about my charming, adorable kid to a rapt audience. It’s a real trial, it is. 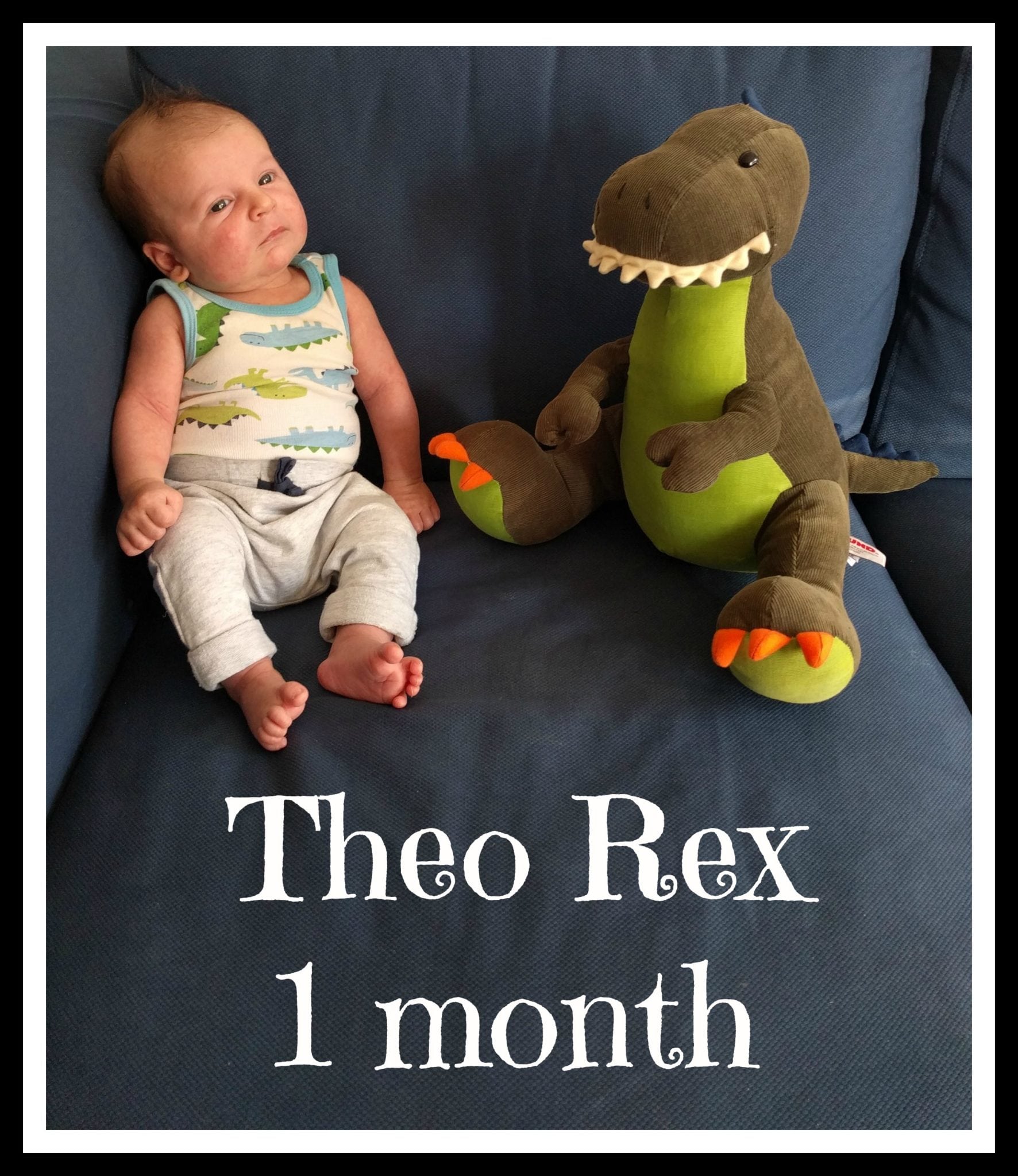 So far, he is a relatively chill baby. Eats, sleeps, poops. Eats a lot – Theo was quite thin when he was first born but nurses like a champ and has spent the past month moving toward chubby. His cheeks are beginning to rival his brothers and just yesterday, I noticed Theo has elbow dimples.

We’re not sleeping through the night, which is to be expected, but I get the occasional longer stretch.

Theo is strong. He is working hard on holding up his head, simply because he wants to see what’s going on.

Dexter continues to love Theo, and loves helping his parents take care of the baby. He’s an expert at folding out the changing mat and likes playing with wipes a little TOO much – it’s starting to get expensive.

When Dex was born, as a new parent, I consistently received three pieces of advice:

Now, this isn’t some statement about Dex and how I feel about him, but the truth is, he’s almost two years old and it pretty much feels like he’s been alive and I’ve been his mom for two years. No more, no less. I braced myself for the sad, rushed feeling of time flying on by and it hasn’t really happened. It’s been a wonderful, surprising, loving two years, but darn it, it feels like two years.

So far, though, I can’t say the same for Theo. It is outrageous that he was born a full month ago. The weeks have soared past and I’m a little breathless and dizzy, thinking about what’s to come.

I hope the paces eases up, but maybe it won’t. Maybe two kids means time flies by twice as quickly.

My family is in for a thrilling ride.