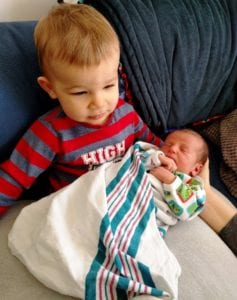 When Dexter met Theo, the new baby and I had been in hospital for a full day. Dex was wearing the special outfit I’d bought for him, envisioning adorable photos which of course didn’t happen, because as we’ve discussed, toddlers don’t give a damn about their parents’ photo ops.

Dex came into the curtained, shared room (weird), saw me on the bed (weirder), eyeballed Theo, who was still very tiny and kind of red (even weirder), and backed up, like, “No, thanks.” He wouldn’t get onto the bed with me and he really did not want to hold his brother. We gave him the gift that “Theo” had bought him and Dexter did give the baby a kiss on the top of his head before he left with Matt to have dinner and go to bed.

Theo and I didn’t make it home until almost the end of the second day. We hoped Dex would be more interested in his brother when we were on his home turf and our hunch was correct.

Here is Theo, wearing the same outfit Dex wore when we brought him home from the hospital, sporting some stickers that Dexter shared with him: 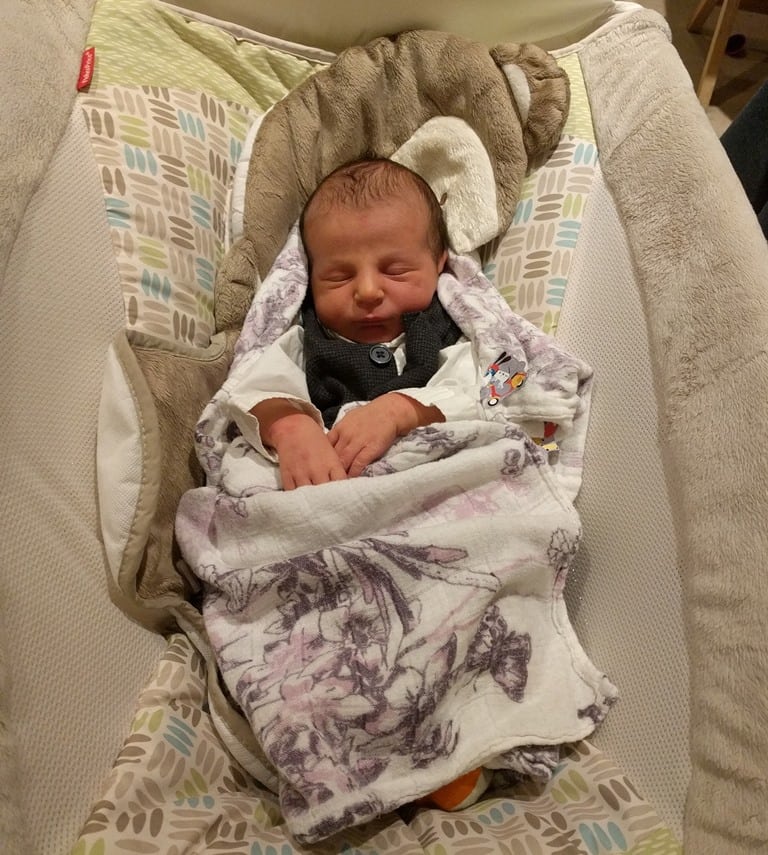 And here are the best, best, best ones, from the very first time Dexter held Theo: 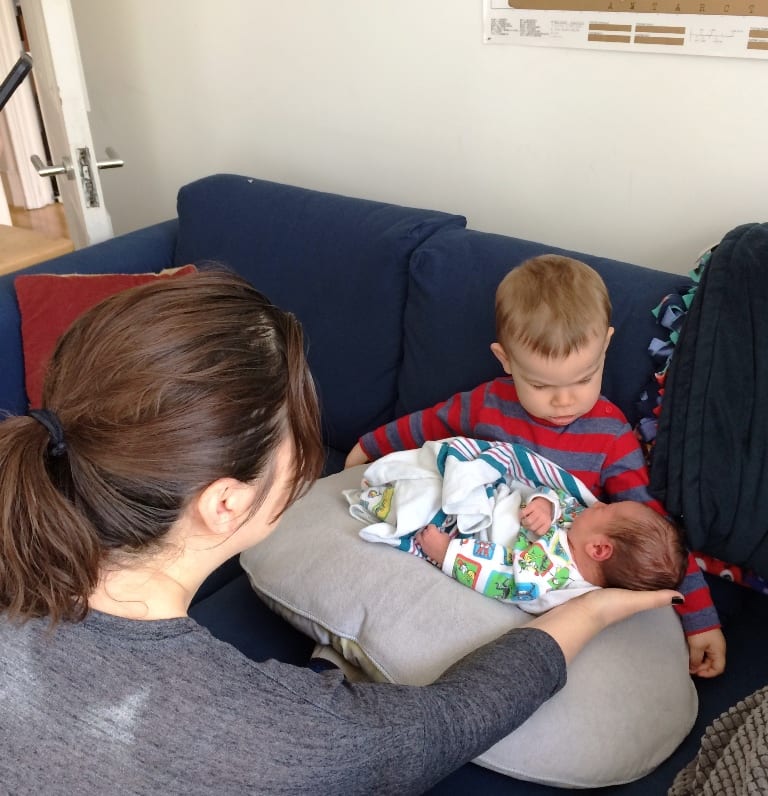 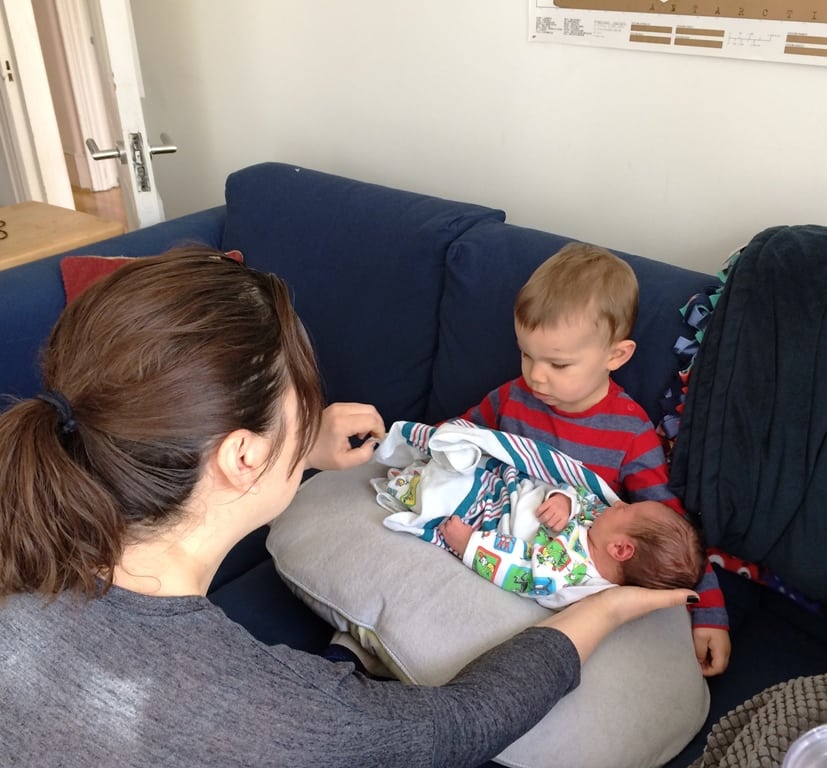 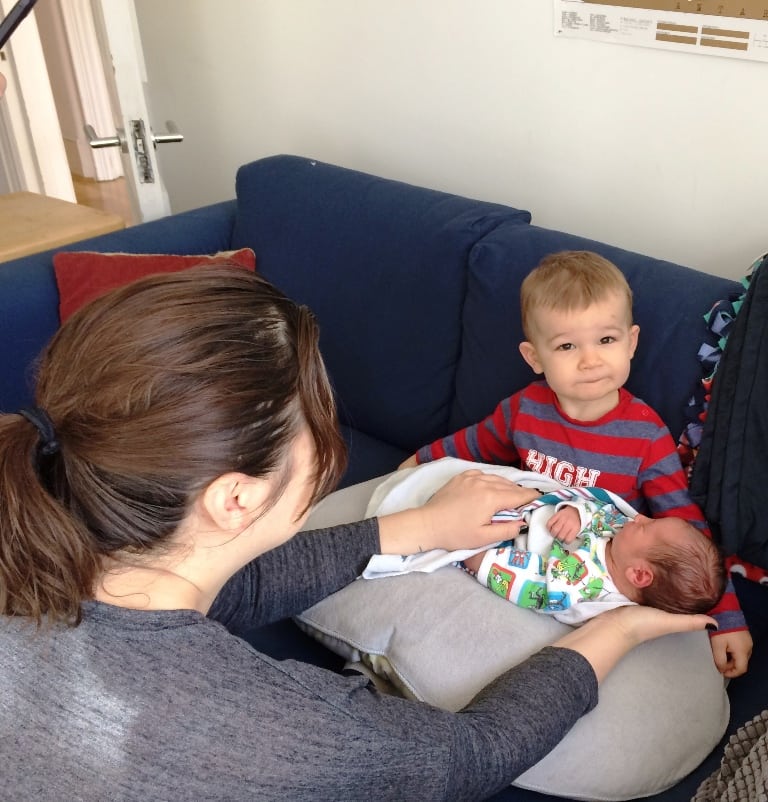 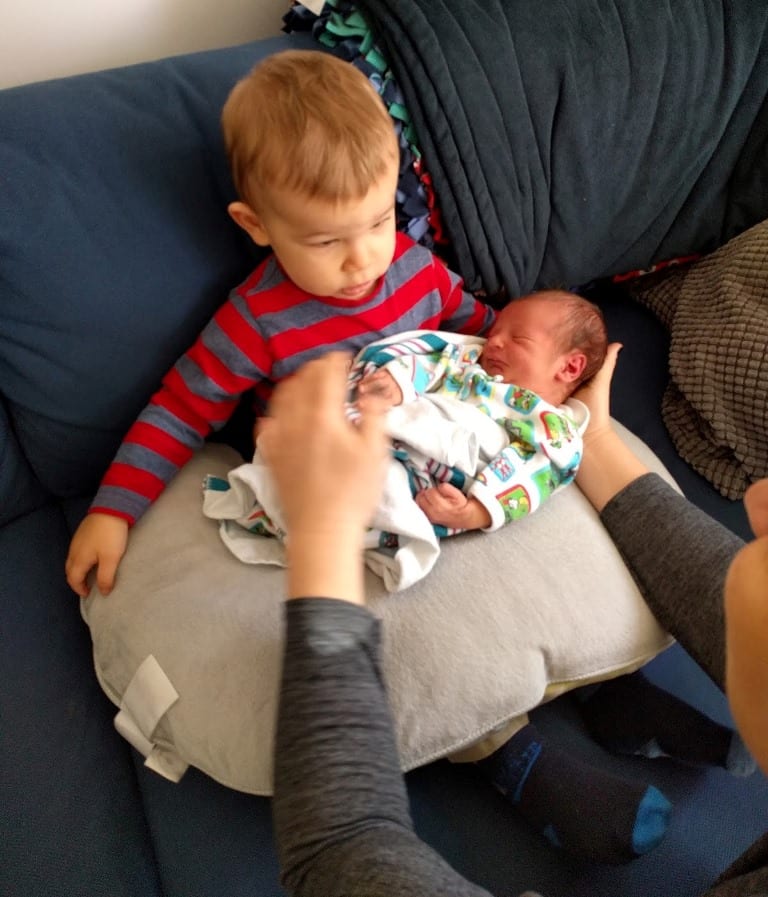 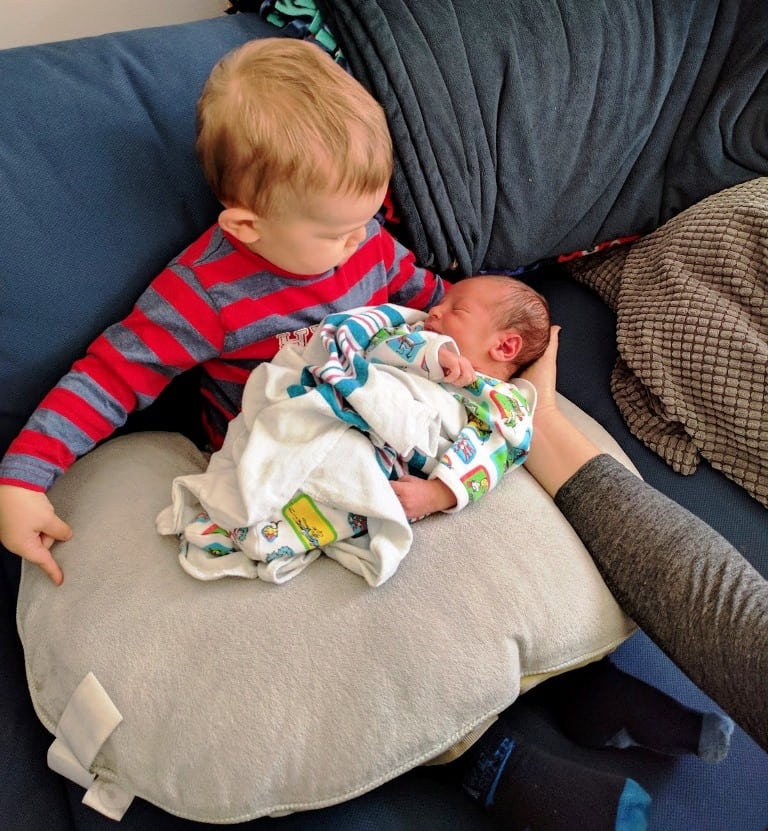 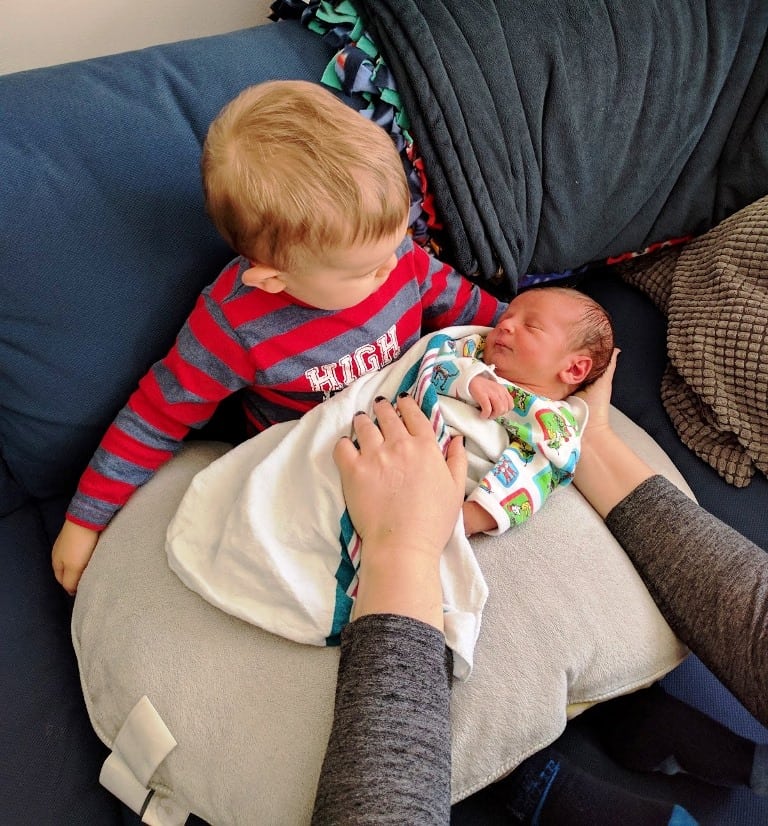 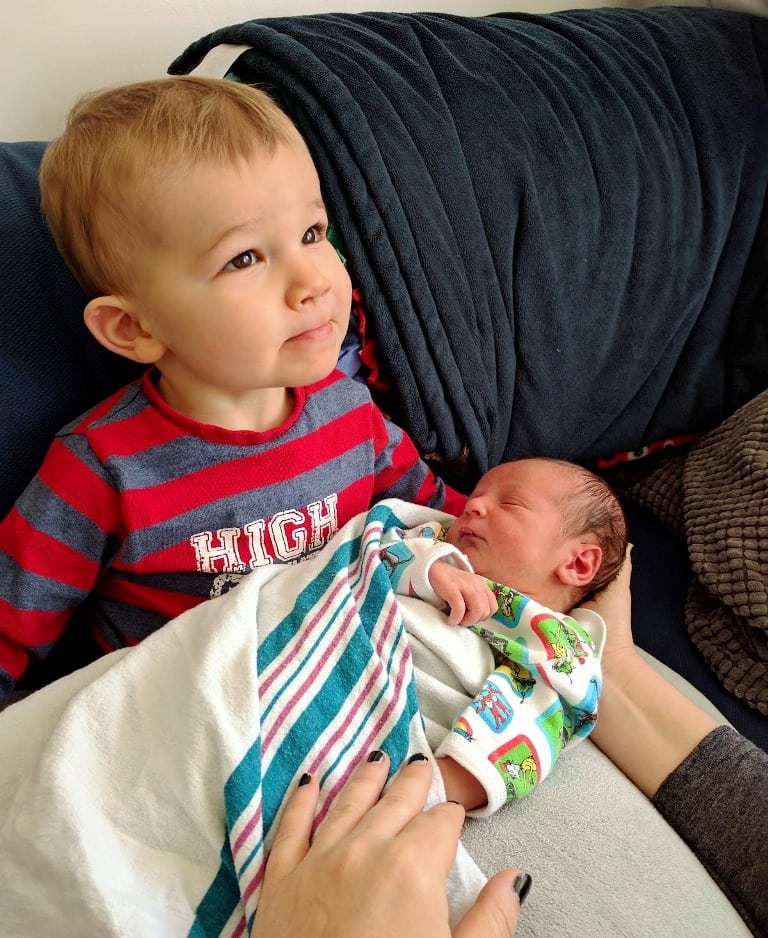 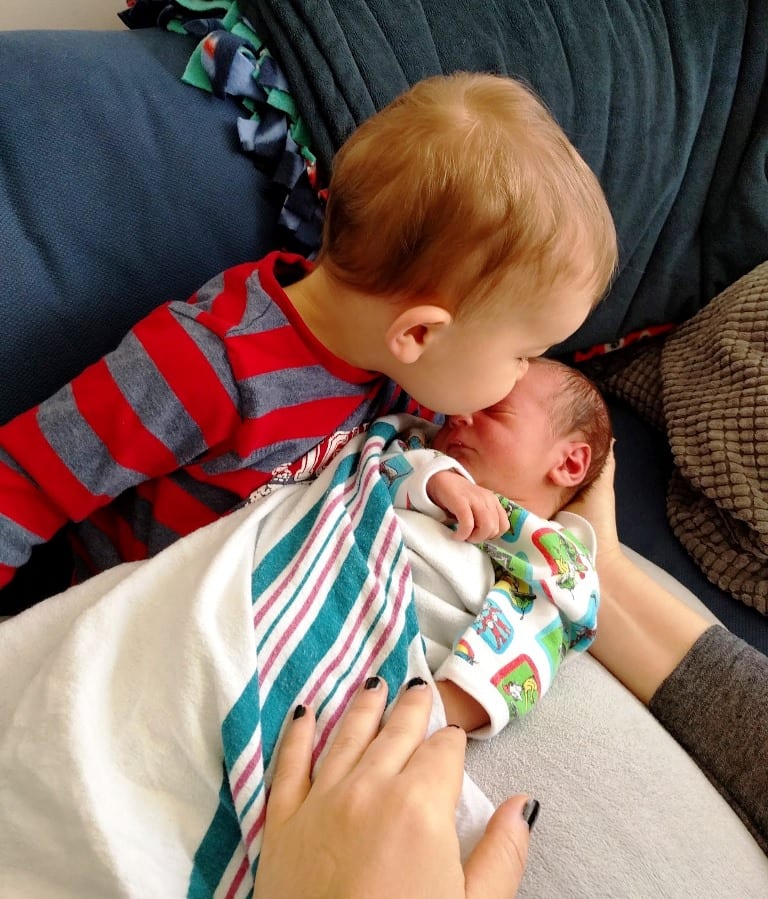 I am so proud of Dexter as a big brother. He gives Theo hugs and kisses, shares his toys, reads him books and says “Bless you!” when Theo sneezes. Dex does these little role calls, where he says the names of the people in his family, and he usually remembers to include Theo. I’m not entirely sure he understands that his brother was in my belly – sometimes when we ask where the baby is, Dex still points to my stomach – and Dexter is already frustrated that Theo can’t say “Hello!” back.

Dex is kind of obsessed with the baby’s pacifiers, which is interesting because Theo is not at all interested in them. But Dexter frequently wants to play with them or put them in his mouth and I think it’s just a way to get to use the “forbidden” paci, as we have Dex down to just using it when he sleeps.

Yesterday, I jokingly asked Dex to bring his brother to Matt and acted like I was about to hand him over. When I was like, “Haha, not really,” Dexter was disappointed so we set him up to hold Theo again and I’m sorry, but I just can’t get enough of these photos. See if you can spot the “smile face!” 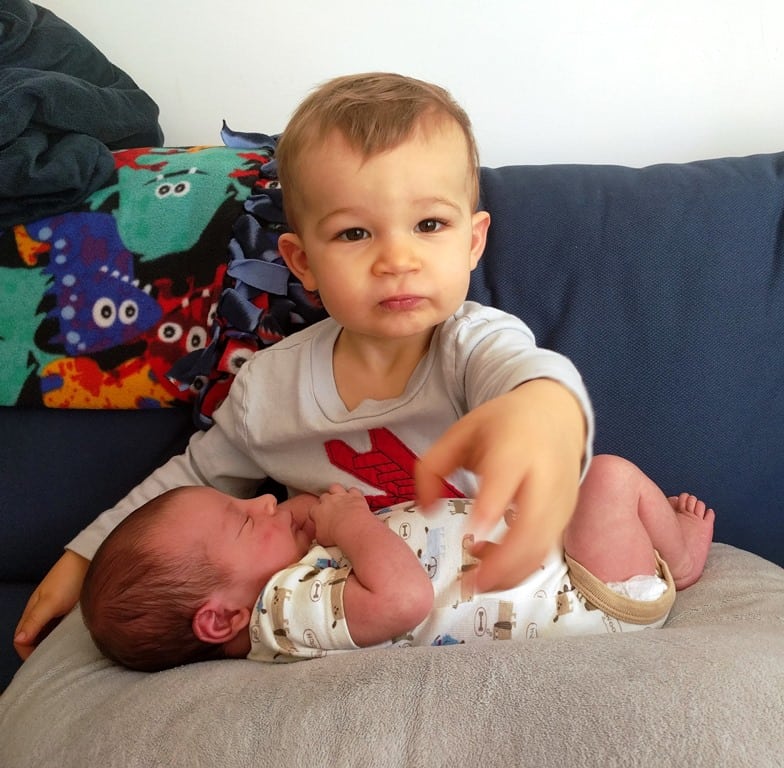 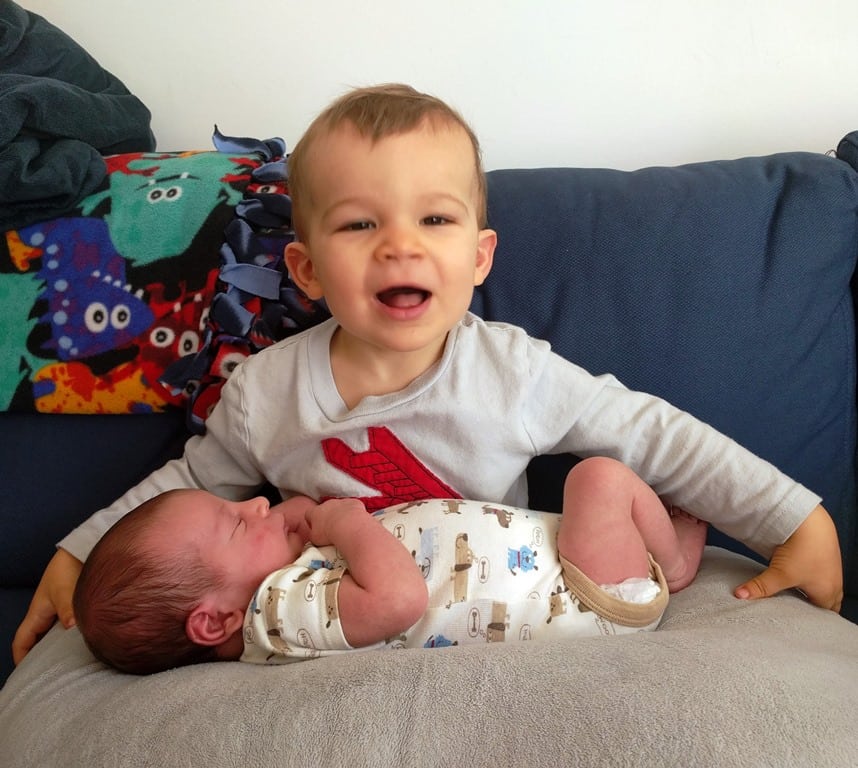 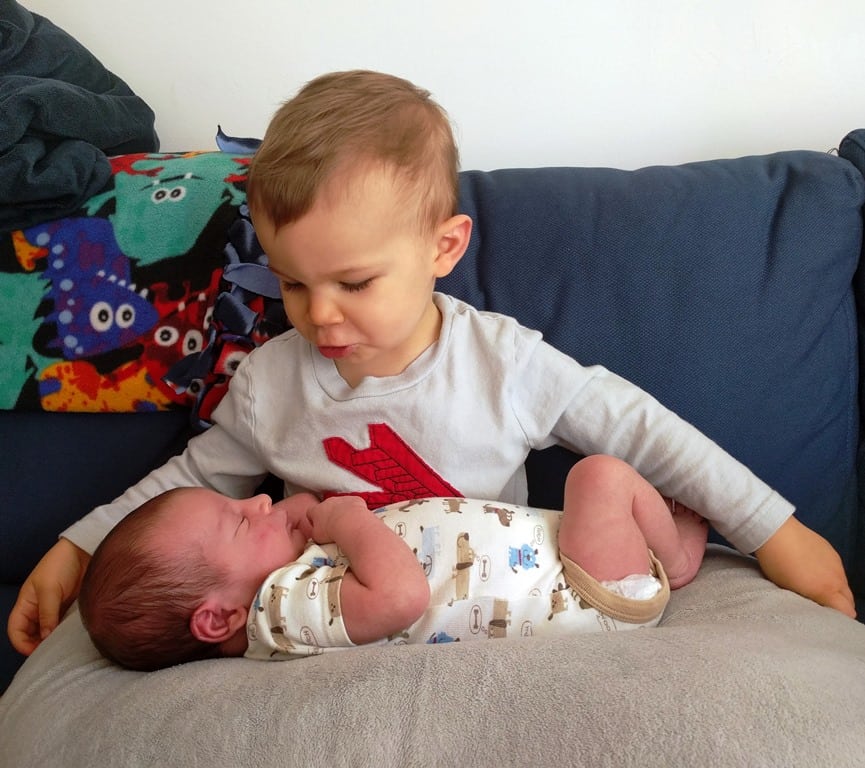 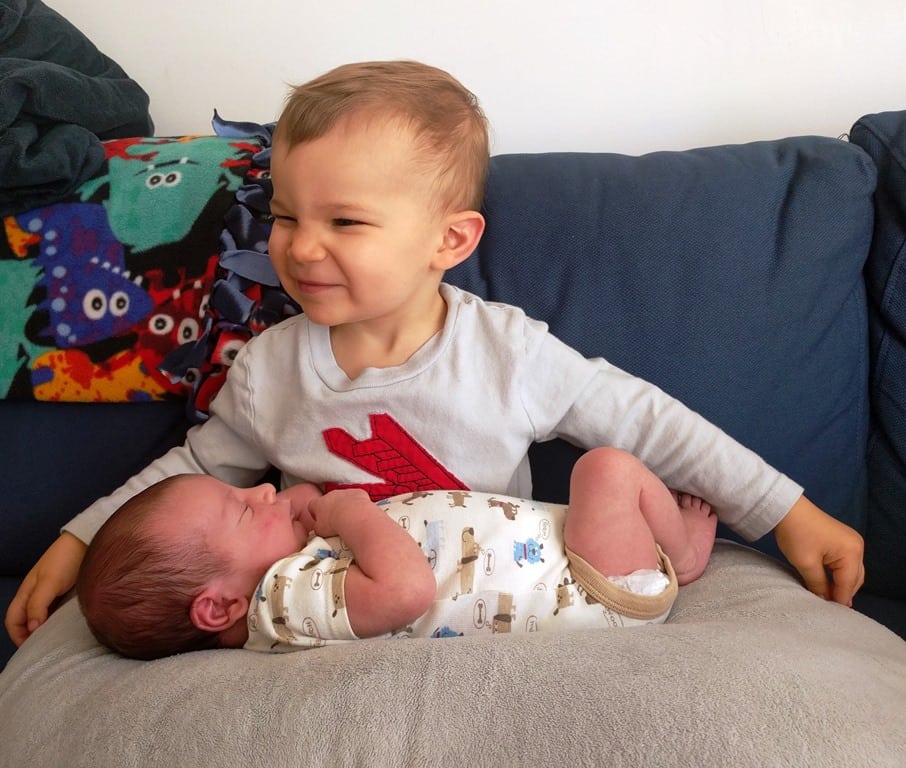 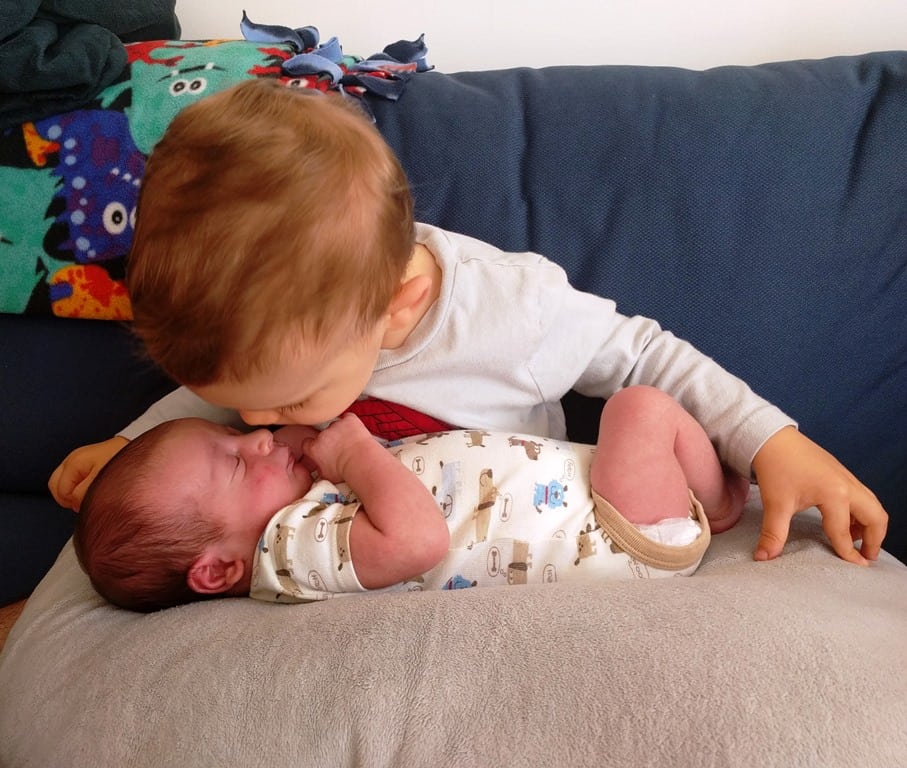 Matt and I are exhausted and we both have a little cabin fever and we change a ridiculous number of diapers every day and we are definitely still figuring out how to be parents of two.

But our hearts are full.