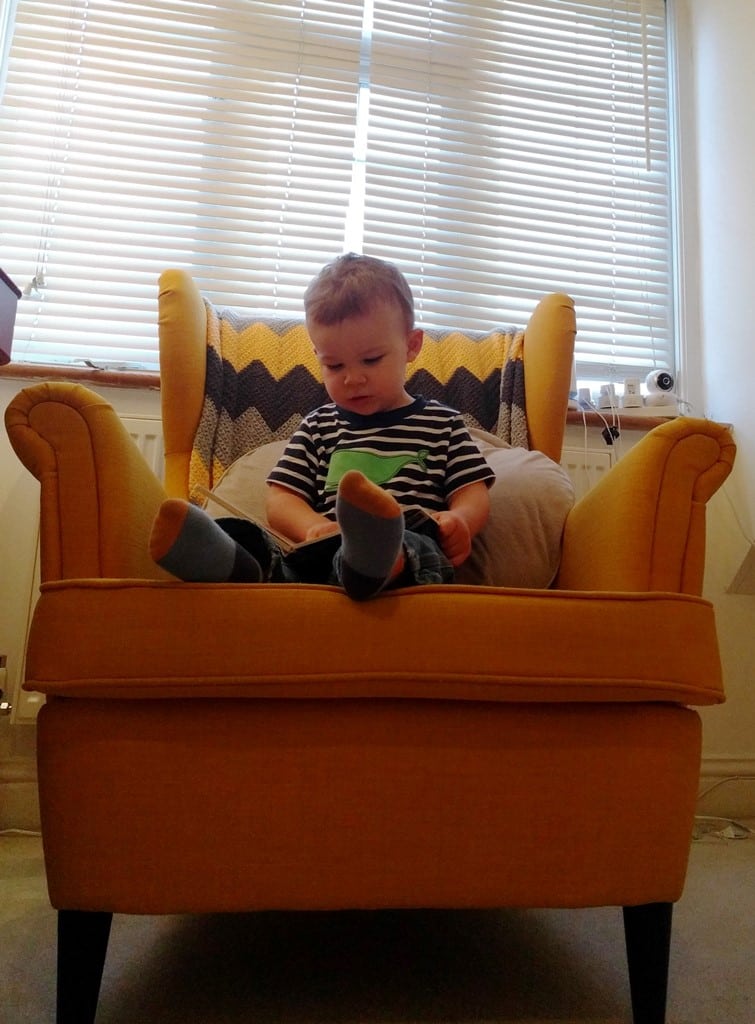 Well, he was. He’s still being somewhat difficult, but it has eased up these past few days. But for sure, this update is nearly a week late because there was about a five day stretch there where Dex went full-on toddler tyrant and every single tiny thing we tried to do was an ordeal, from getting him out of his crib to changing his diaper to putting on his socks and forget about ever making a bus on time, as that requires shoes and a coat and a toddler tyrant can easily turn those two steps into two hundred steps with various creative acts of resistance. 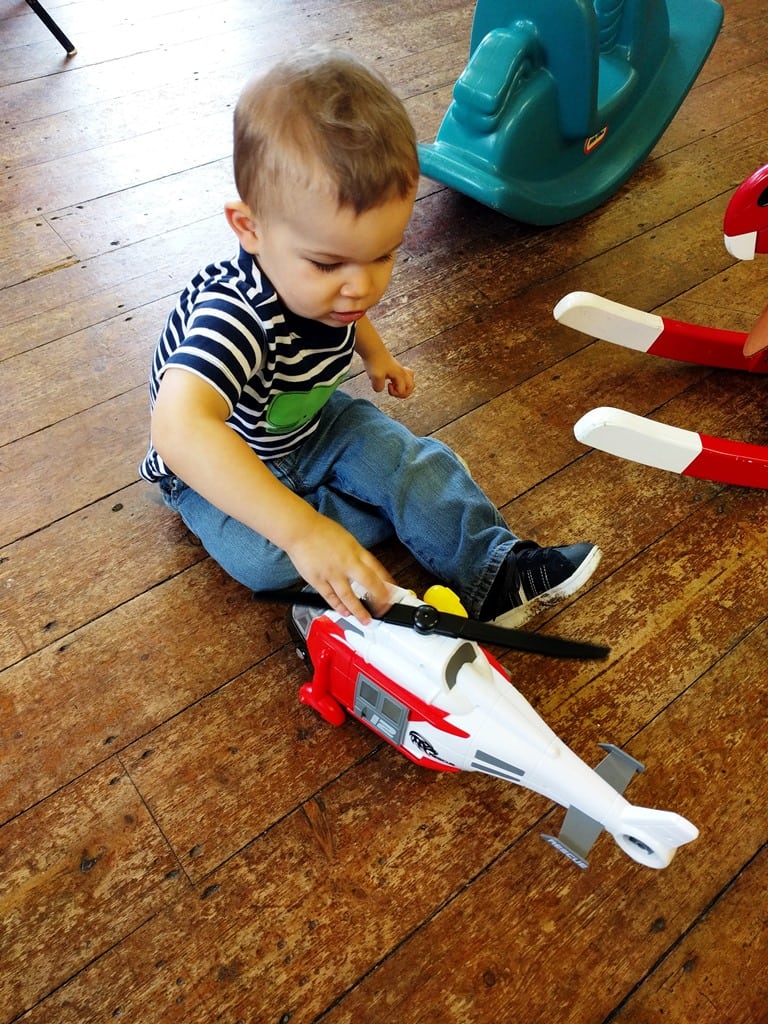 And tantrums. 23-month-old Dexter is LOUD.

I can’t even be mad. We know exactly why he’s being difficult, and we know what is motivating his uncanny imitation of a pint-sized psychopath.

His reactions have been textbook: a little regression, and a lot of trying to exert control over anything he can. 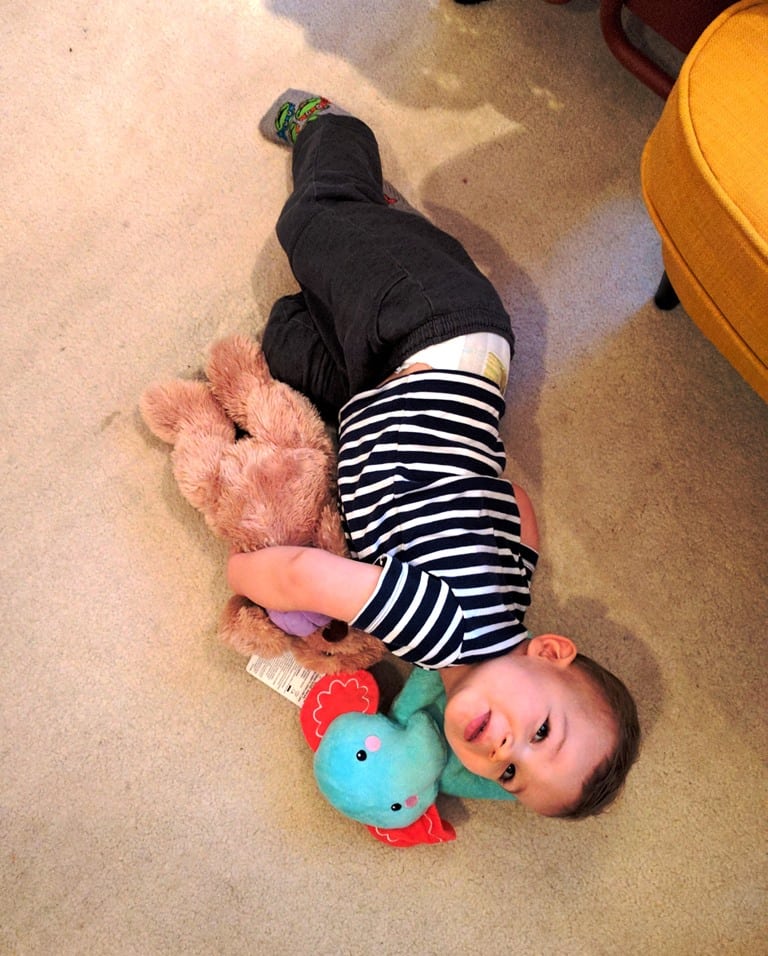 And like I said, there were a few truly terrible days, there, but now he’s settled into kind of a mid-level tyranny. It’s tiring but we can handle it, and being our wonderful, clever Dexter, he’s offering us plenty of rewards in other areas.

He’s still bright and funny and spirited. I wasn’t kidding above, when I said Dex can count to ten, and if you’re going to hang out with my kid, I sure hope you like to talk about what color things are, because he has them down and he wants to discuss that with you. A lot.

Me: “Yep. That plate sure is yellow.”

I mentioned his grandparents were here – Matt’s parents arrived the day after Theo was born and stayed for two weeks. You can say I’m being a kiss-ass because his mom reads this, but that doesn’t make it any less true: I won the In-Laws Lottery. Everyone is so kind and caring and helpful, and Dexter and Theo are their only grandchildren. Matt’s folks just adore the boys. Their relationship with Dexter grew even more special during this visit.

After much work, we finally got Dex to say “Grandpa” toward the end of the trip, and now that they’ve left, he hasn’t stopped, frequently bringing up things he and Grandpa did, little games they played and jokes they shared. He isn’t quite there on “Grandma” – he says “Ma ma ma” – but he misses Matt’s mom and talks about her frequently, too.

It was a gift, watching their relationships with Dexter and Theo get stronger and closer.

It was so hard to say goodbye.

The other highlight of 23-month-old Dexter is watching him interact with Theo. I said from the birth announcement that Dex will be a phenomenal big brother and am so grateful to be correct about that.

At the hospital, Dex wasn’t sure about the whole thing. But since everyone has been home on his turf, it’s a different story.

Dexter is very interested in his brother, and very concerned when he cries. Dex gives Theo kisses and hugs and shares his toys with him. He makes sure Theo has his lovey and his paci and Dex loves  to rock Theo’s cradle. Matt and I just say, “Gentle, gentle, gentle please,” but otherwise, try to let Dex’s natural desire to nurture his baby brother blossom.

On April 10, Dexter will be two years old, and my Dexter Month by Month updates are coming to an end, replaced by some sort of regular Dex+T.Rex updates, because I can already tell their stories will be far too intertwined to tell separately. I’m not sad about it anymore, though, because now that I have seen our sons’ burgeoning, brotherly relationship start to form, I know that’s the way it should be.

The Adventures of Dexter and Theo are just beginning. And that story? That story is going to be epic. 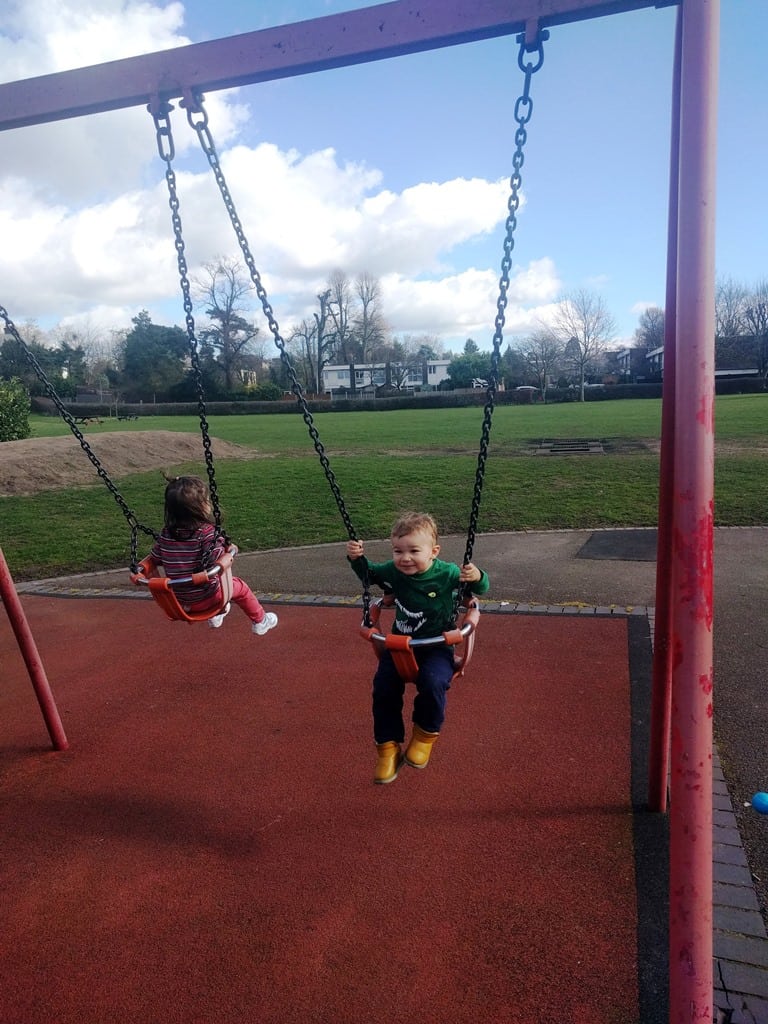 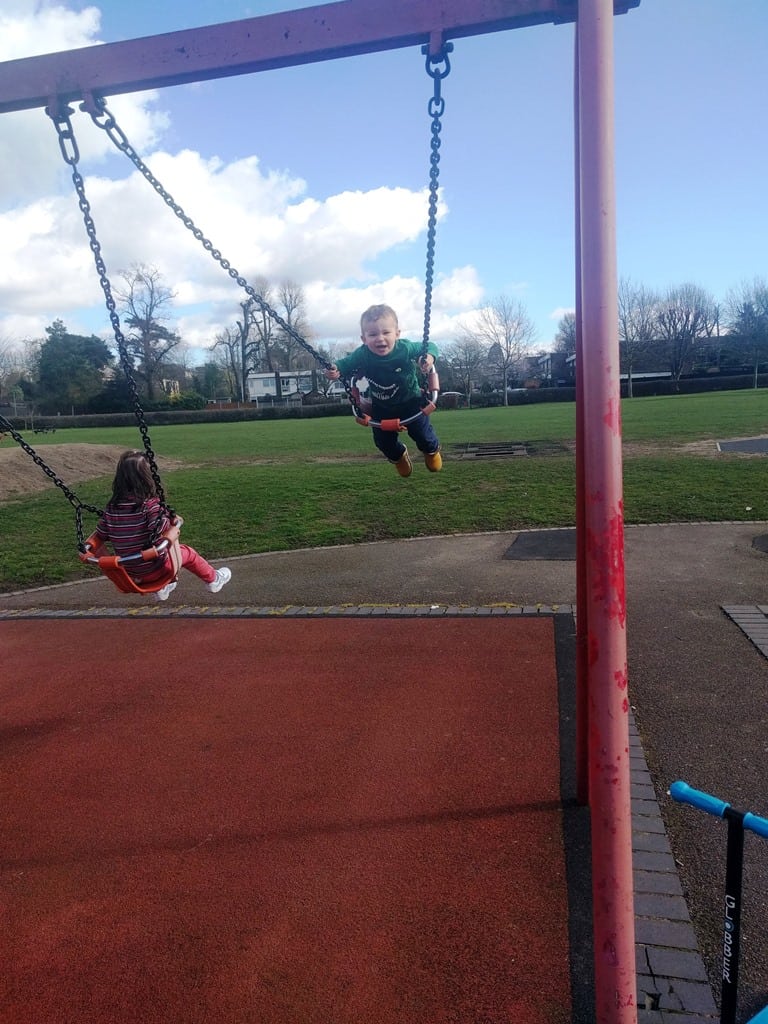