Yesterday, I sent Matt these photos: 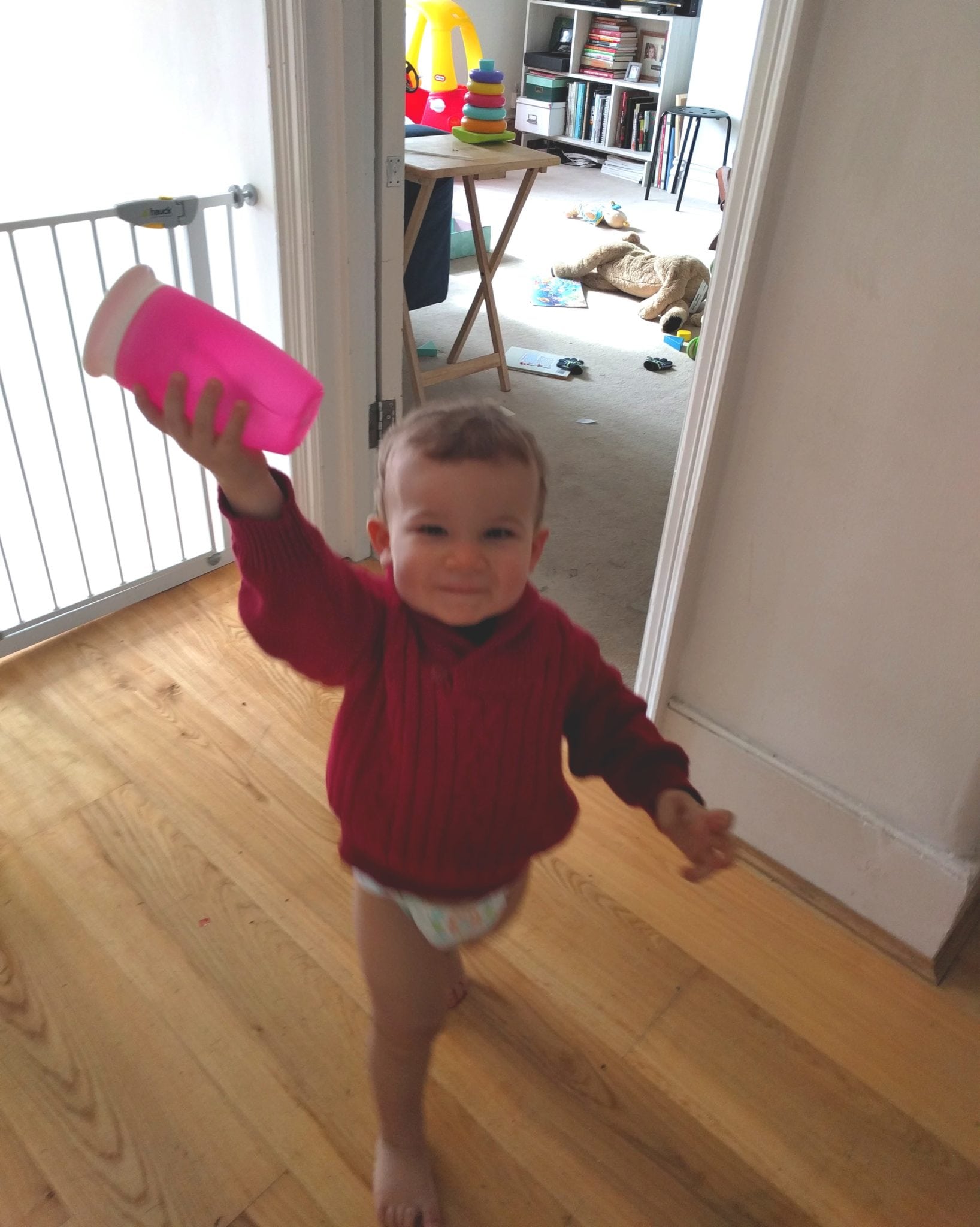 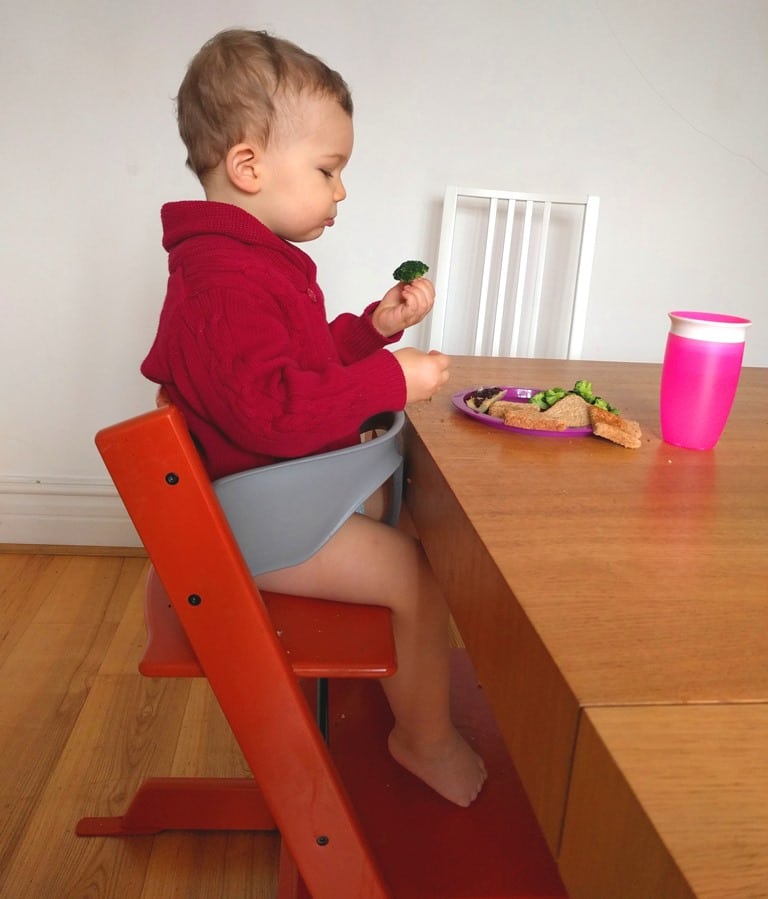 Dexter ended up eating lunch bottomless thanks to his new pal and his new passion: 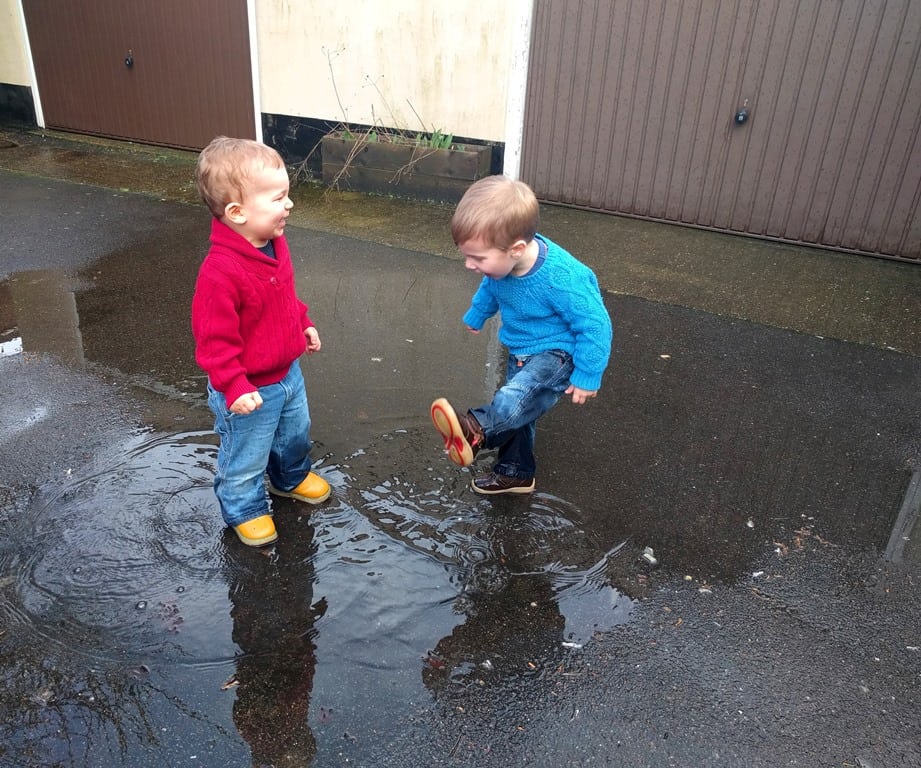 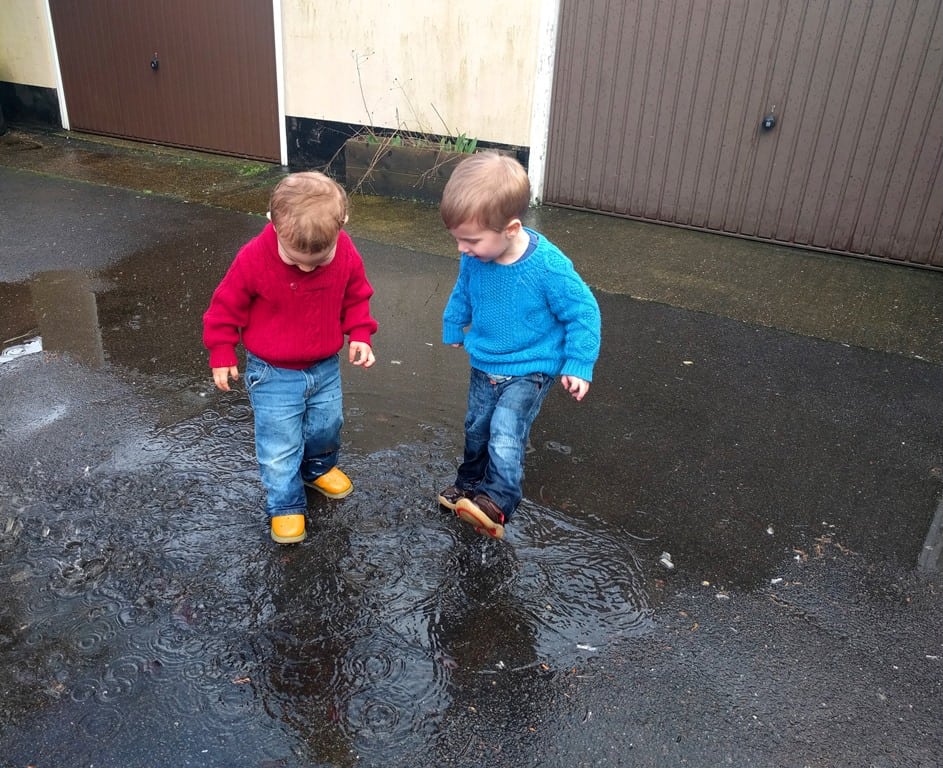 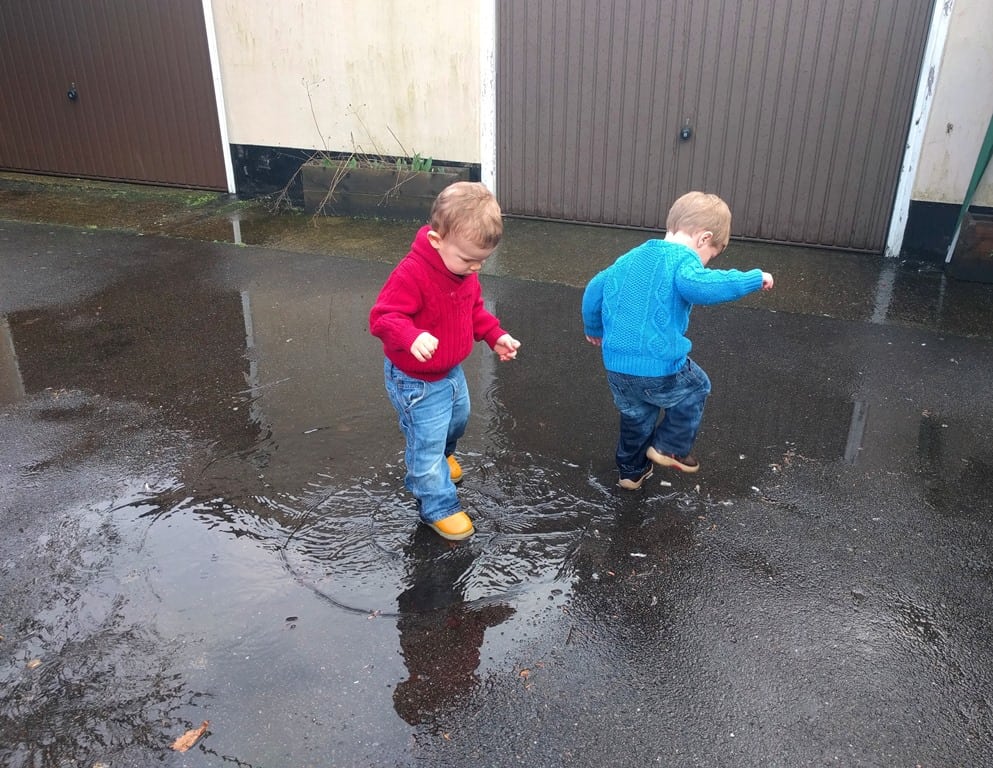 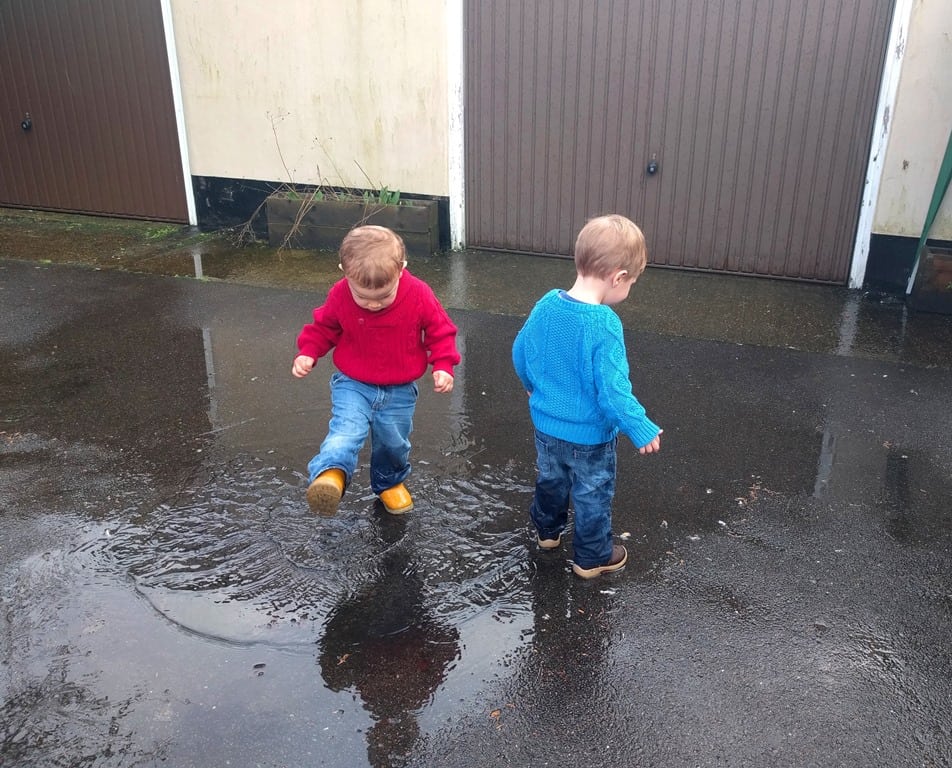 He points and says, “Splash! Puddle!” and I usually let him give it a little stomp as we walk along but this happened, outside of playgroup this week, and we practically had to drag them away.

Today is Pancake Day, also known as Shrove Tuesday. Due to some basic poor planning, it looks like Dex and I will NOT be enjoying pancakes today, although he ate some at the aforementioned playgroup.

Cricket is still holding tight. Because Dexter was born at 38 weeks, and because Cricket is bigger, I assumed he’d go sooner or around the same time. Somehow, in my brain, I internalized 38 weeks as being my due date, and I feel very cheated and extra pregnant and overdue even though I’ll be 39 weeks Thursday, with still a week to go before I’ve even due, so I should probably just pipe down like a good little incubator.

I’m waking up less through the night but the trade-off appears to be that it takes longer to fall asleep. Last night things got so bad that I realized Cricket will be a Pisces and spent an embarrassing amount of time reading about his personality traits according to astrology. Apparently he will be an old soul, wise and romantic. Team Awesome could use one of those around here. We’re lousy with bold and headstrong Aries (Matt and Dex) and there’s Libra me, just trying to make peace and fight for justice and have a decent-looking house.

I am crabby and tired and uncomfortable. The people who hang out with me are amazing and wonderful and patient, especially Matt. His parents arrive later this week – our first overnight houseguests since we’ve moved – and we are SO excited. Dexter may just believe they’re characters on the iPad, based on all the Facetime-ing, so it’ll be interesting to see how he reacts when they walk through the door. 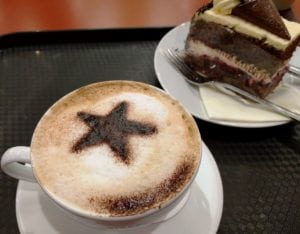 Matt and I are both putting some effort into getting me out of the house, by myself, because otherwise I spent insane amounts of time cooped up and hanging out with Dex. This isn’t just for my benefit – the kid has to be getting tired of me, too. Recently, I spent an afternoon getting lunch by myself, then leisurely browsing at the library with no one singing the Teletubbies theme at the top of this lungs,  then ate a big piece of cake and drank a cappuccino while reading and people-watching.

Heavenly. With time and quiet to think, I caught myself thinking the following:

-It’s kind of refreshing, how little kids will just openly gape and stare at my belly.

-I wonder how weird it would be if I asked a librarian to tie my shoe for me.

-From now on when Cricket has hiccups, I shall call them Criccups.