P.S. The first person who utters the phrase “pregnancy brain” gets kicked in the knee. Don’t think you’re safe if an ocean separates us. I know people EVERYWHERE.

At least Dexter looks pleased as punch to be riding the “big seat” on the bus, eating an apple: 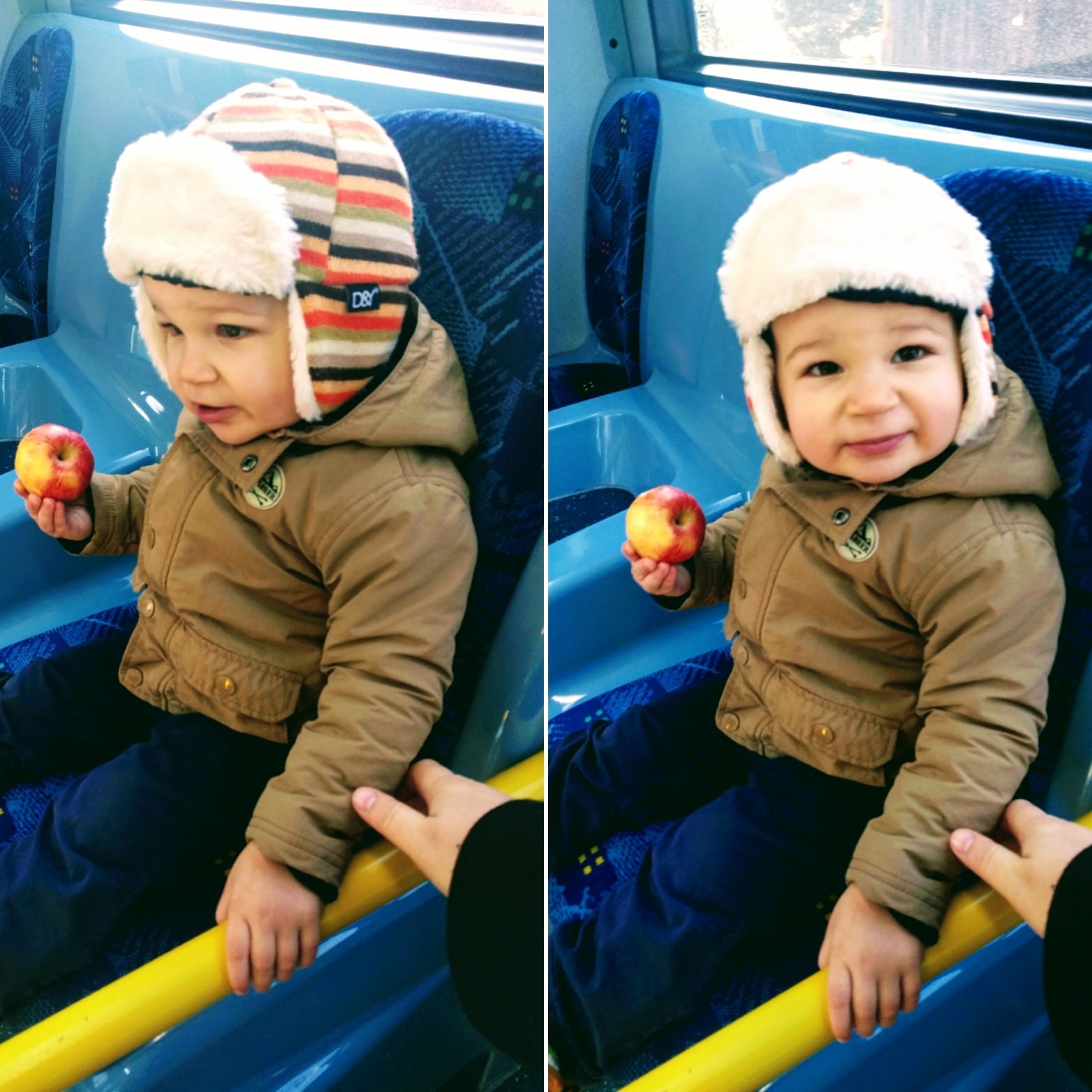