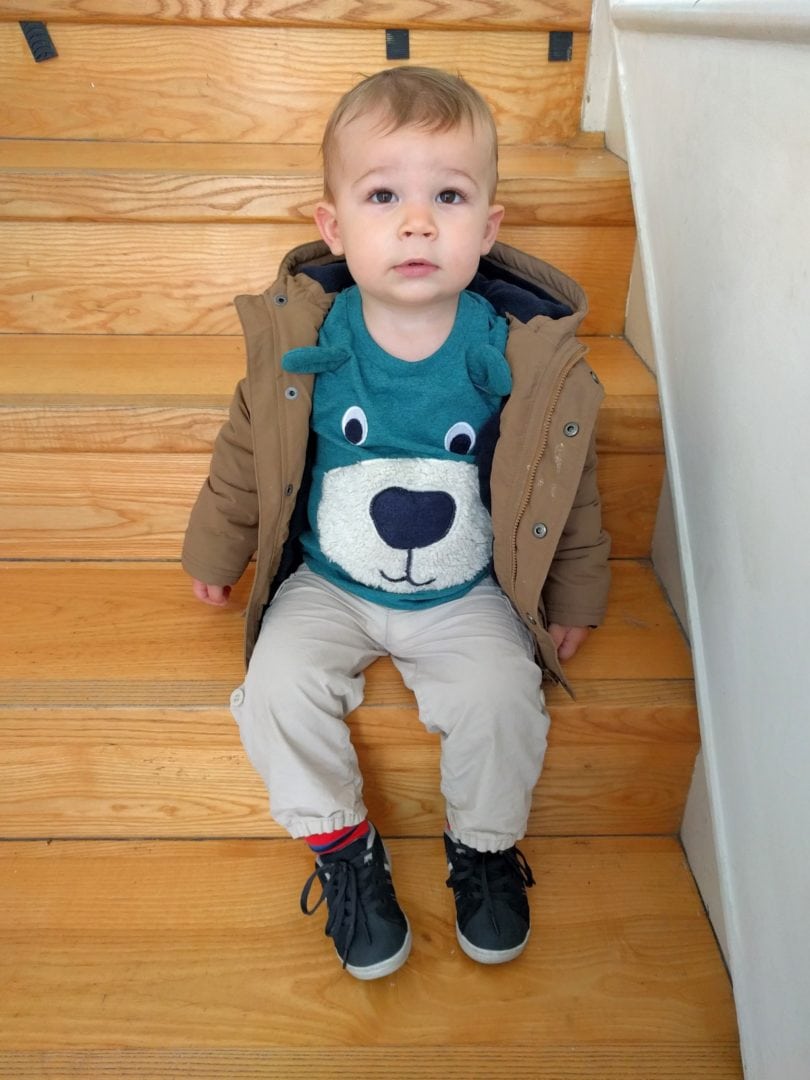 He used to be big on walking down the steps (with assistance, of course). Now he wants to be carried, which sucks. Sometimes he messes with me, though, and walks down three or four steps then has a seat, refusing to move. 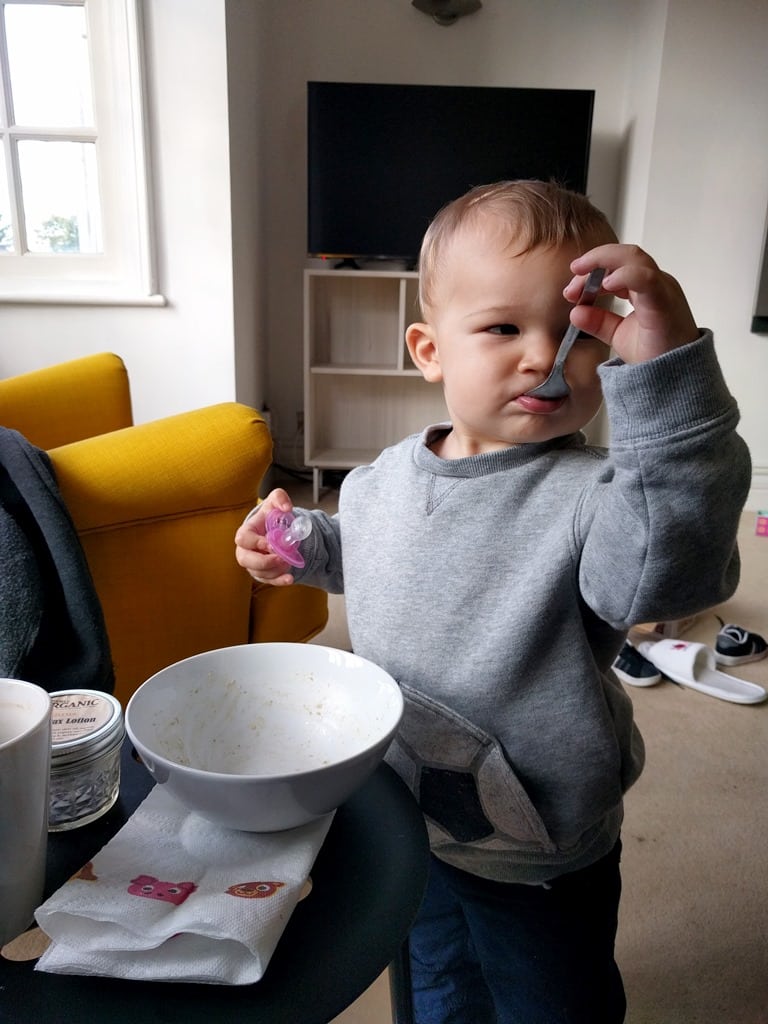 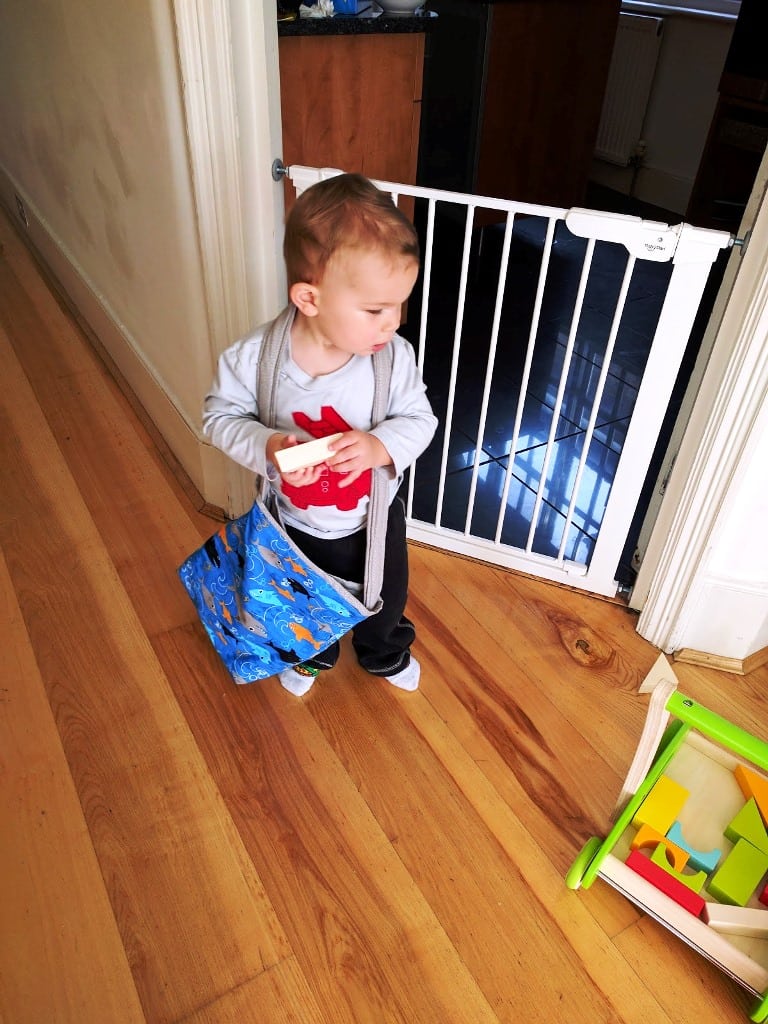 He is firmly convinced this is the proper way to wear a tote bag. 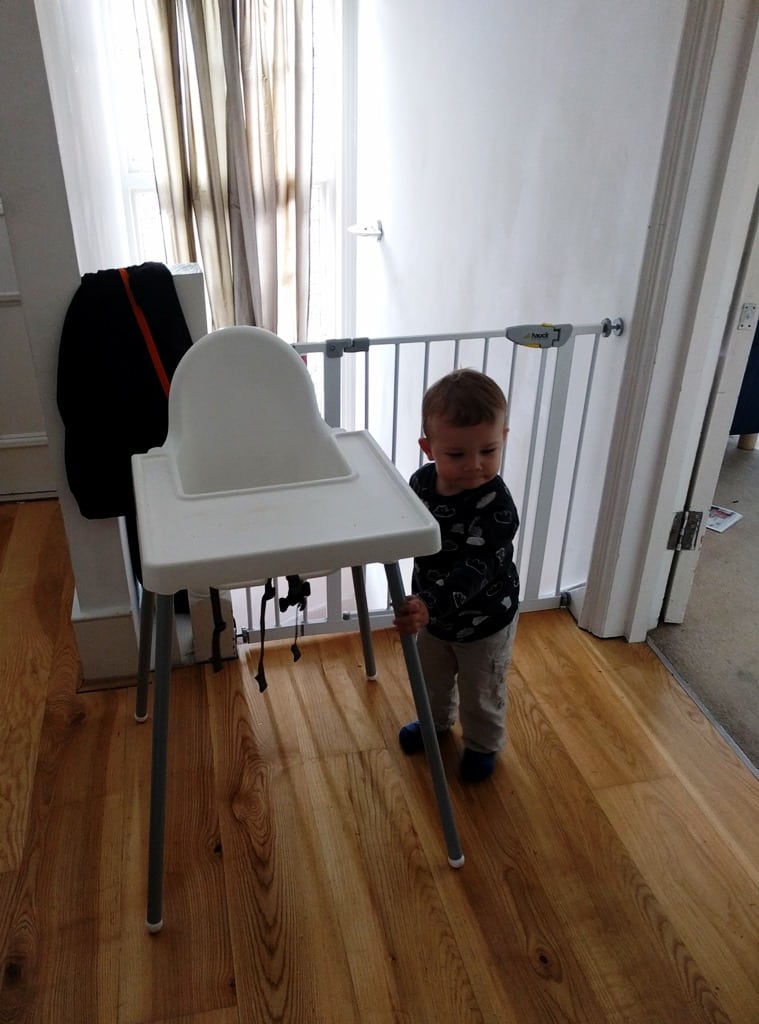 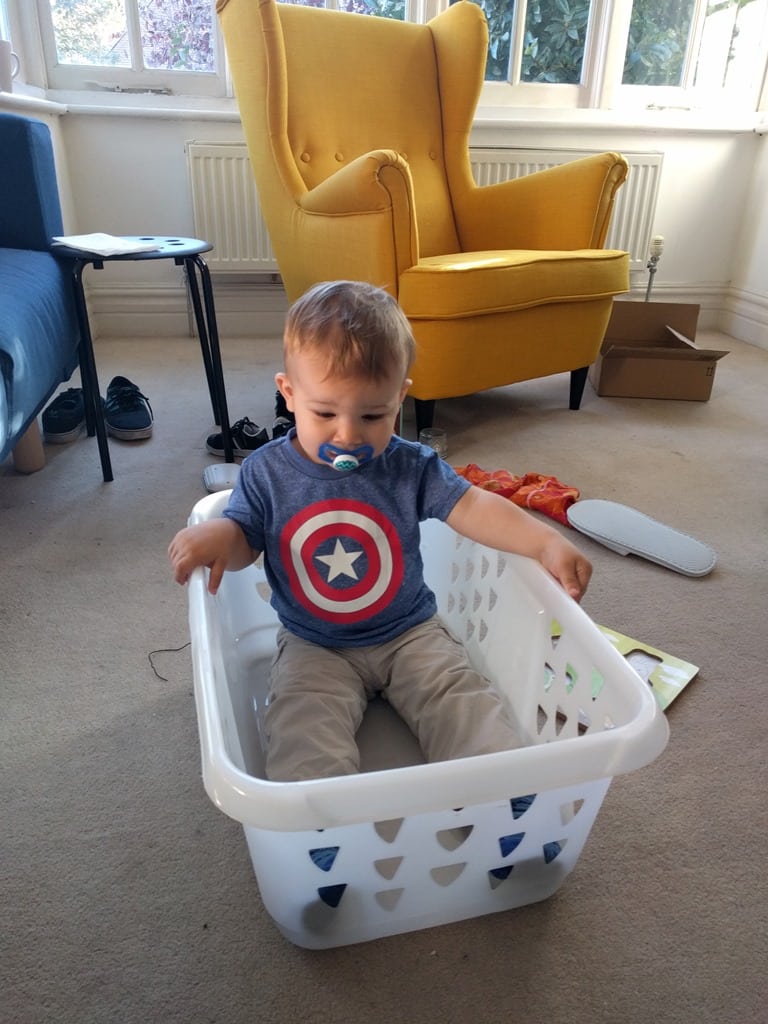 Likes to sit in laundry basket. Doesn’t (visibly) play anything or pretend anything or do anything. Just sits in there and hangs out. 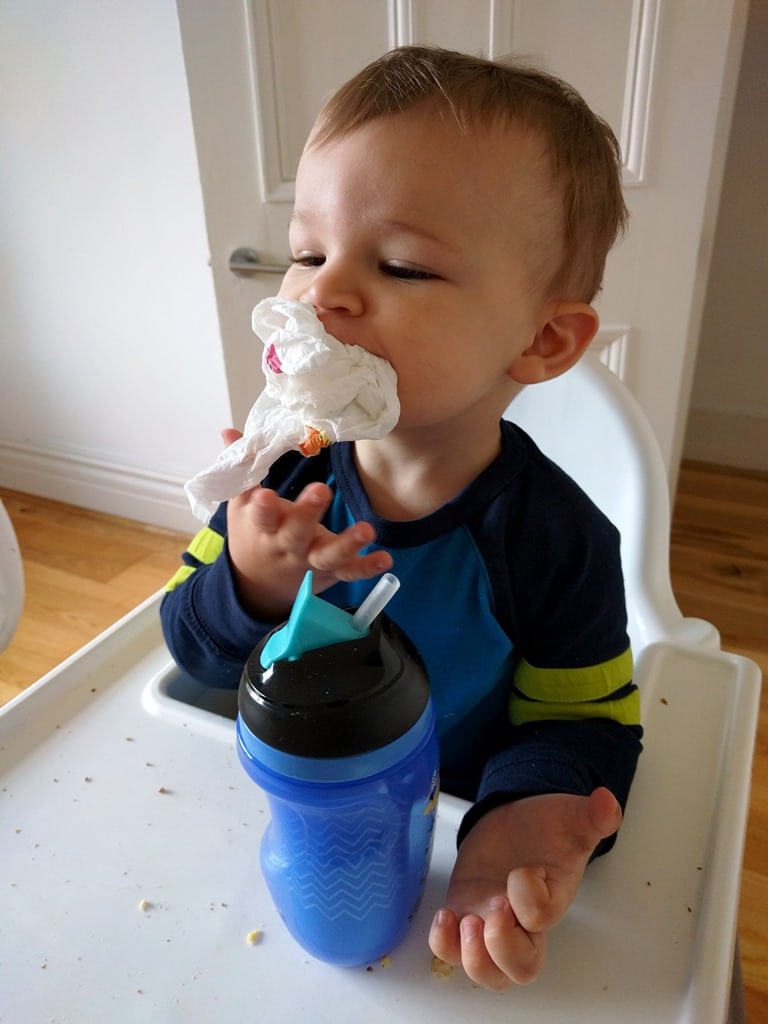 I’ve mentioned before that Dexter is super fussy about wiping his mouth and hands, which is actually great. Also great is that if you wipe his nose, he’ll blow – amazing for an 18-month-old. Less great, more weird? Sometimes after he wipes his mouth he’ll hold the cloth in there for a while. 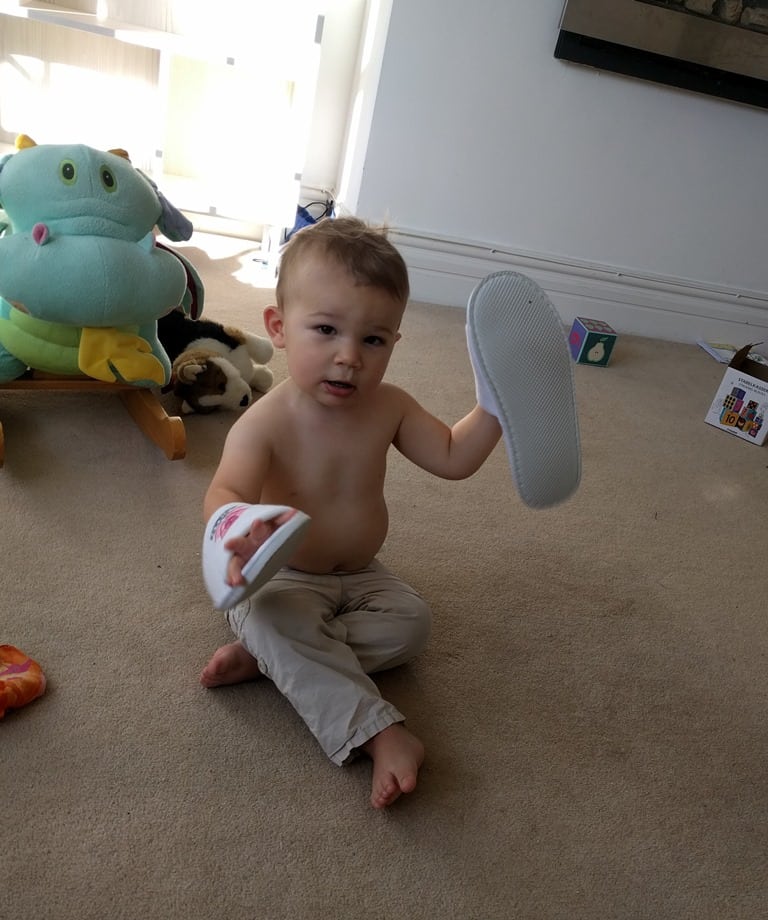 Dexter enjoys putting my slippers on his hands and exclaiming, “HEWWO!” 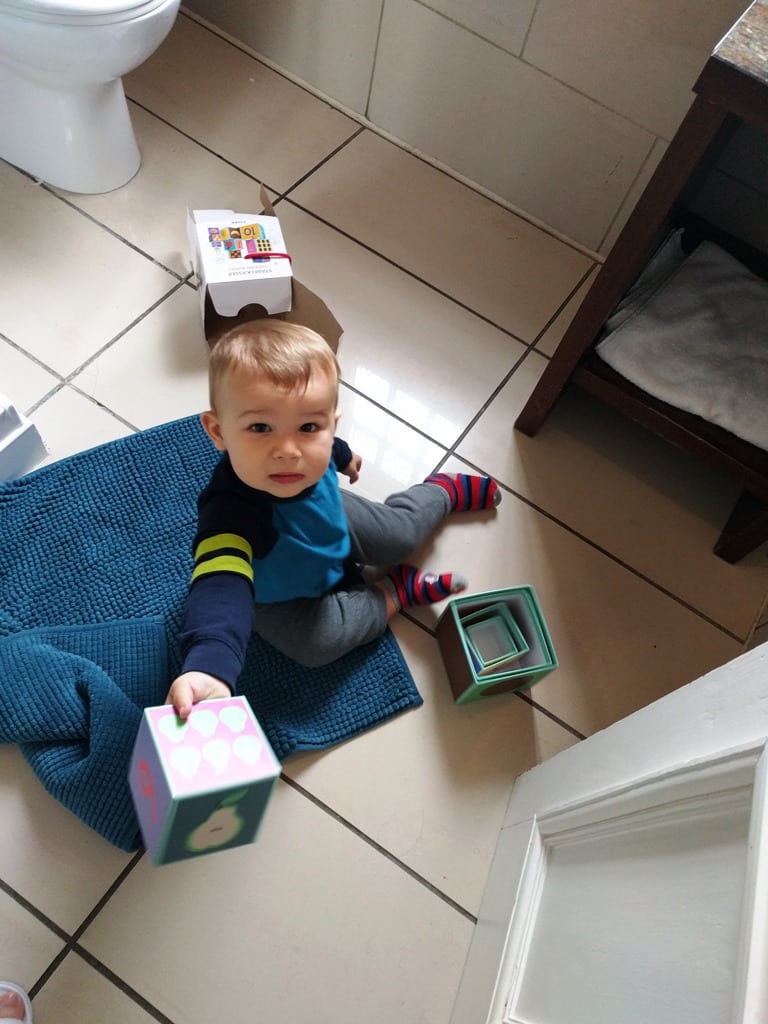 This one is weird and also crappy (haha, no pun intended) – he loves the bathroom. Fascinated by the toilet, tries to climb into the (constantly wet, England is DAMP, yo) shower and play. Every time I’m making Dexter’s bottle or doing something similar where I can’t keep a close eye on him, the first thing he does is make a beeline for the bathroom and dick around in there. Even worse, he recently started tossing stuff in the toilet. We need to get one of those clamp things. 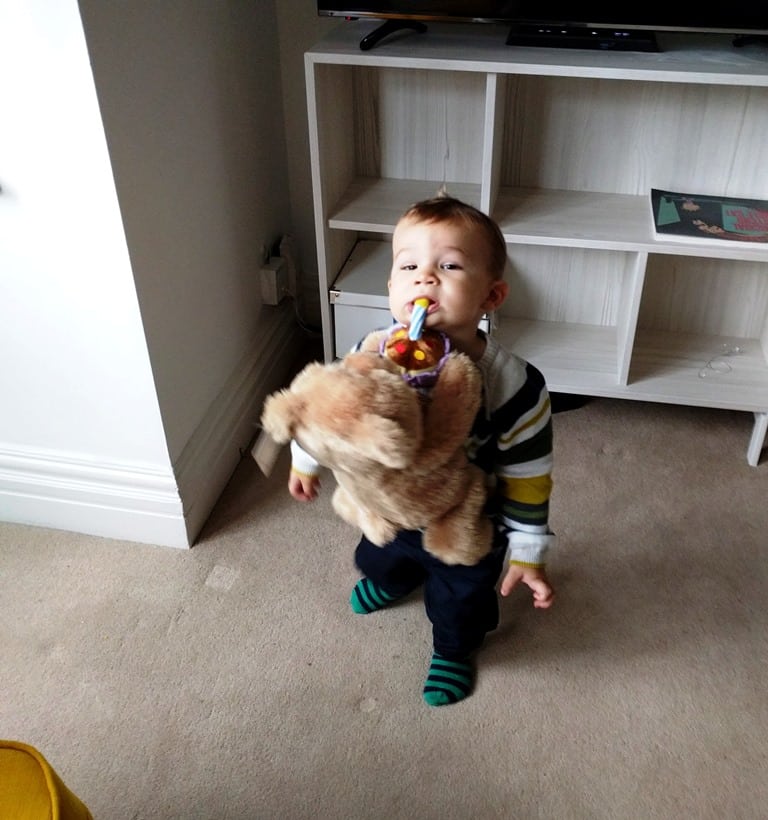 Dexter has two teddy bears that are really little robots. They talk and gesture and sing and he now loves them. (Couldn’t care less about them when we were in Florida, almost left them behind. Good thing we found room.) Anyway, this is the birthday bear and this is Dexter’s preferred method of carrying it around – with the candle on the cupcake the bear holds dangling from his mouth. 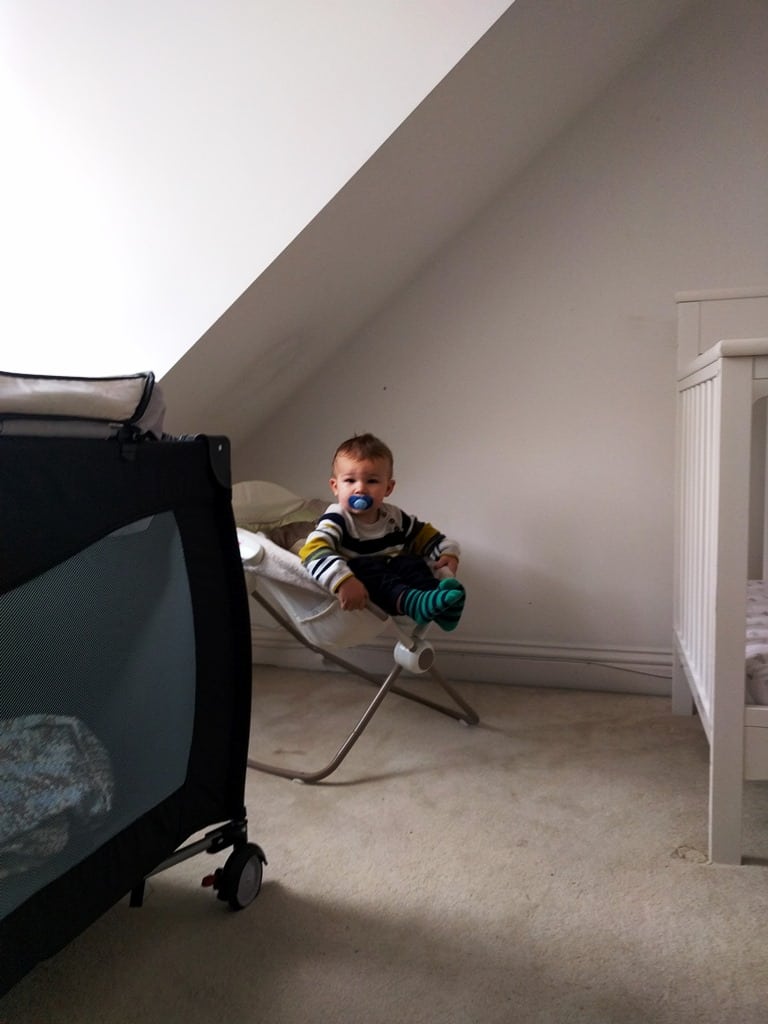 I shared this before but in case you missed it, the other day Dexter, with great effort, climbed into his old rocker, soon to be Cricket’s new rocker. He got stuck and needed me to rescue him. 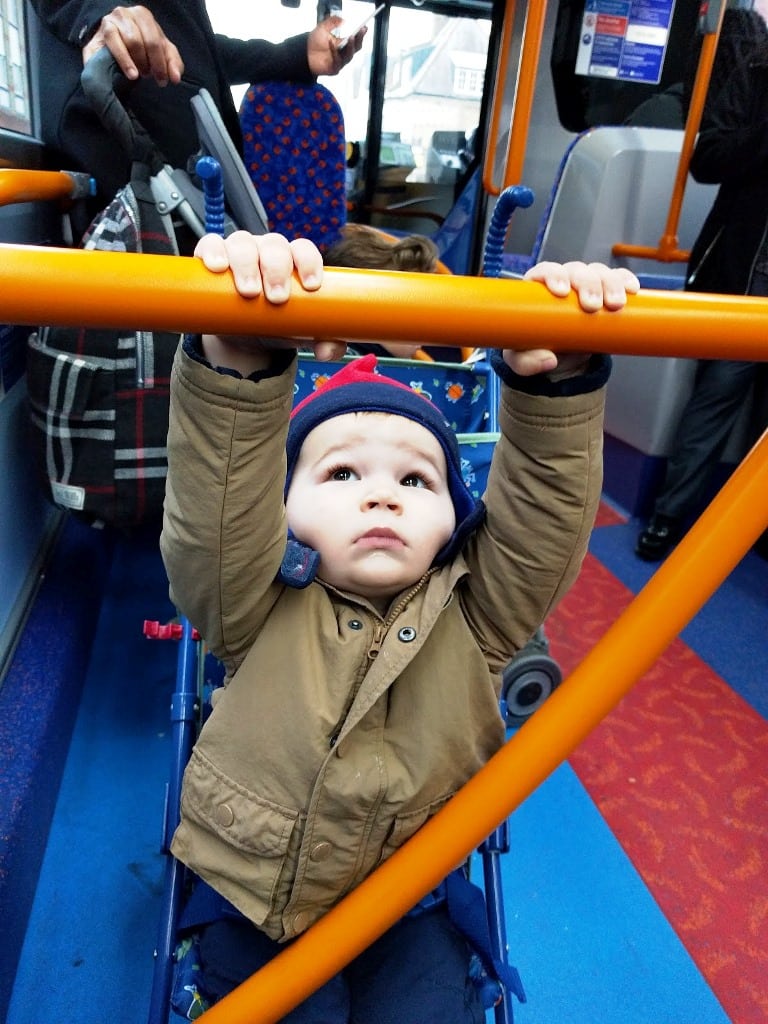 Dexter still insists on holding the bars when the bus is moving… even if the current seating configuration makes it really, really awkward.