My friend Stephanie always wanted to go to a corn maze, and I like adventures. So last year, we grabbed breakfast, dressed Dexter up like a pumpkin (naturally) and drove to St. Cloud to check out the Partin Ranch Corn Maze. 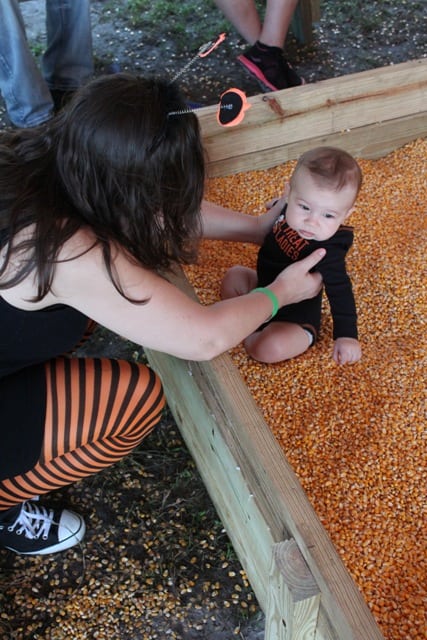 First, we checked out what seemed to be the little kid area, and let Dexter try a sandbox filled with dried corn kernels. HE DID NOT CARE FOR IT. Once we mercifully removed him, he was still so angry I had to pry corn kernels out from between his tense little toes. 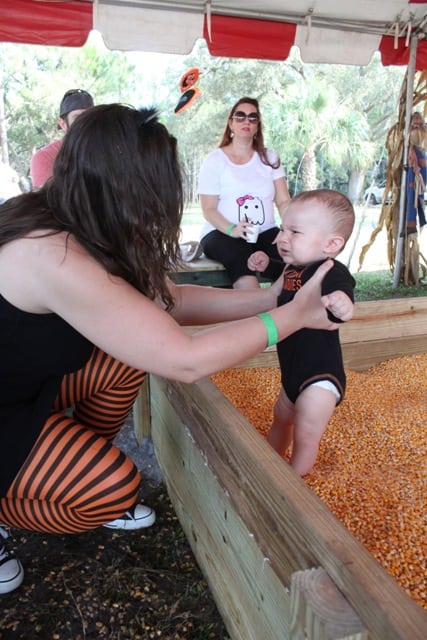 Then we saw some animals and acted like animals. 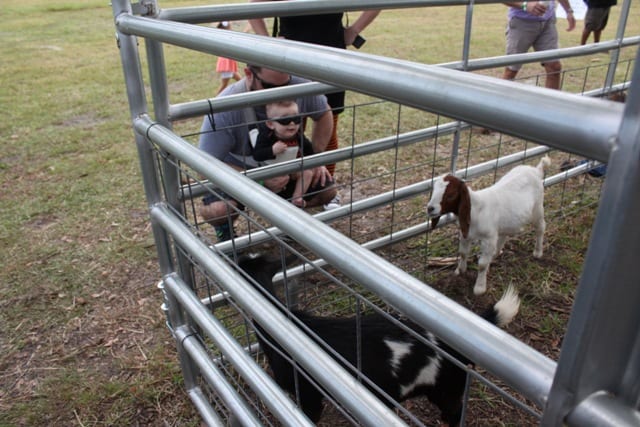 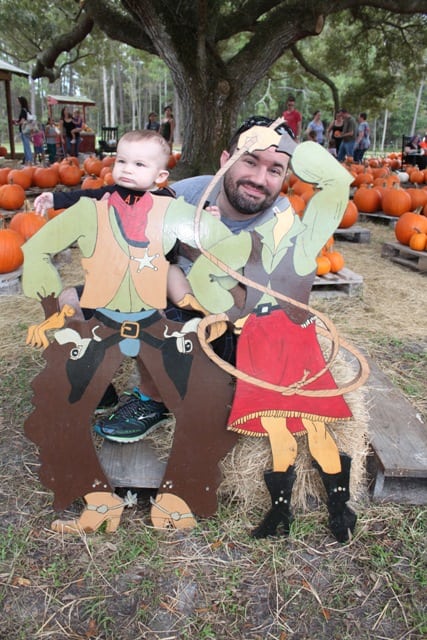 Up next: CORN MAZE. Would we survive? Armed with only diaper bag supplies and sno-cones, we ventured in. 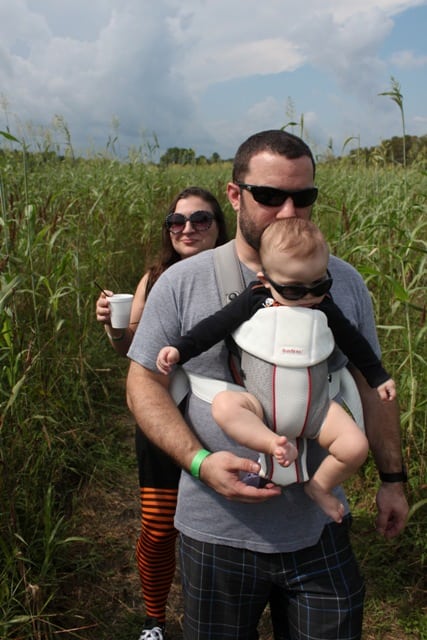 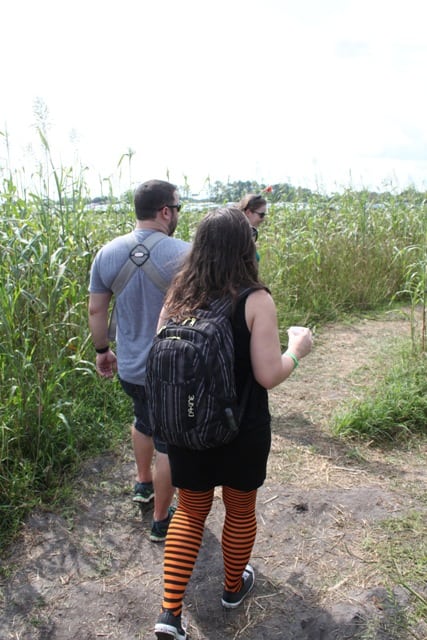 Intrepid! Once we found our way out, Matt and Steph did some celebratory leaping. 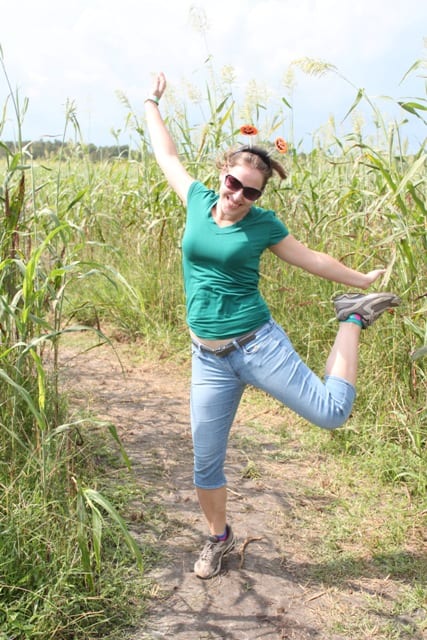 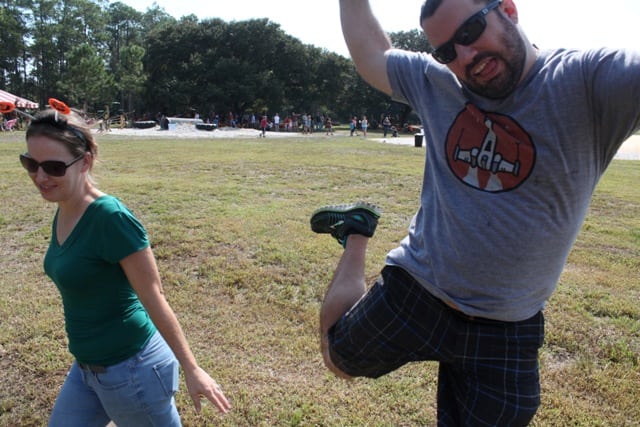 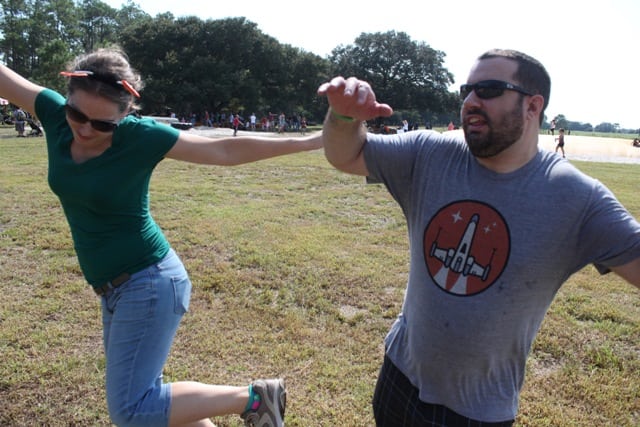 I completely confused Matt by making him stand next to this thing, because I thought it might be funny if we brought Dex back every year. 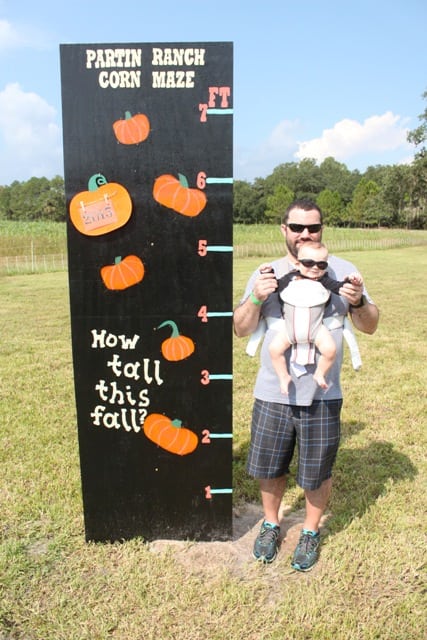 Matt and Steph and James hung out while I awkwardly breastfed Dex in a very public rocking chair. 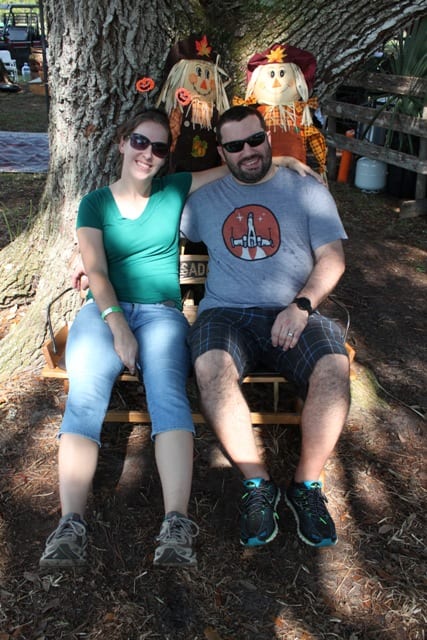 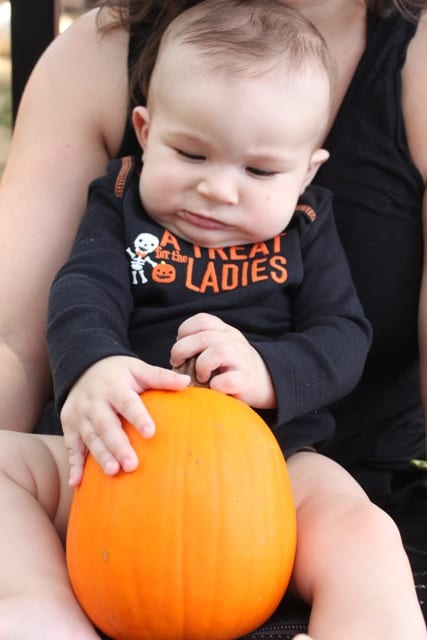 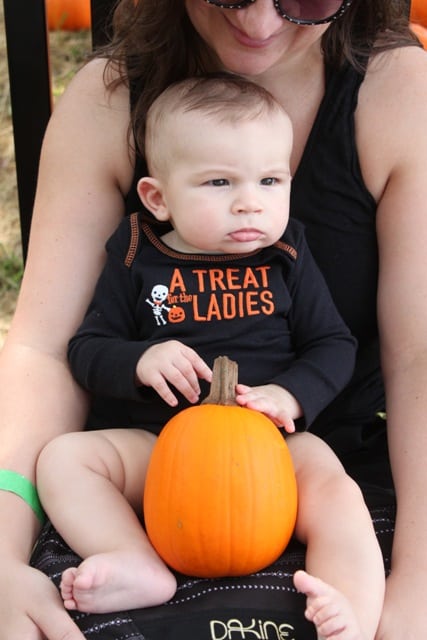 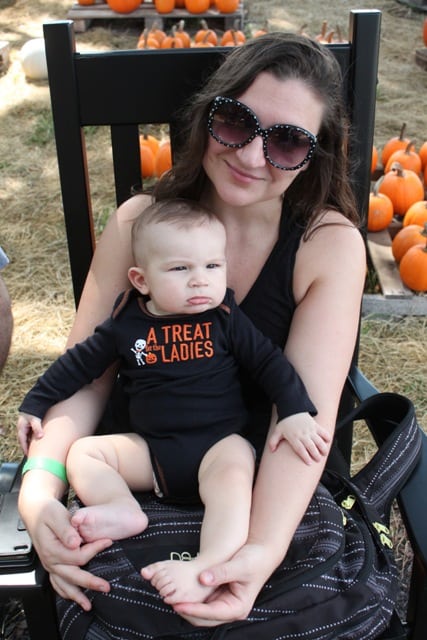 Somewhere, there is video of Steph demolishing the men in a yellow duck race, but I don’t have a photo. They blamed faulty equipment, but isn’t that what all losers say?

Finally, we attempted to quell our dorkiness for some nice photos. The place was practically built for it, after all. 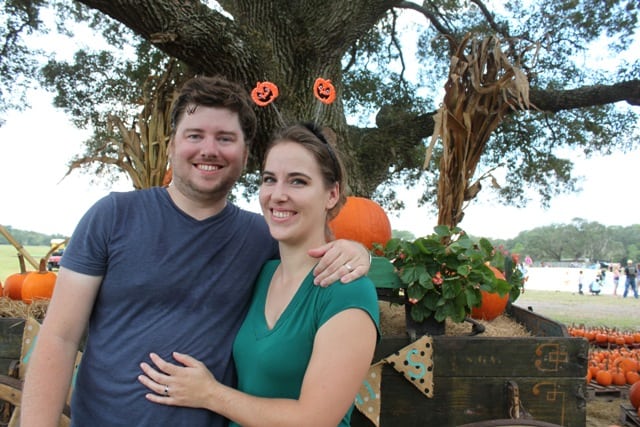 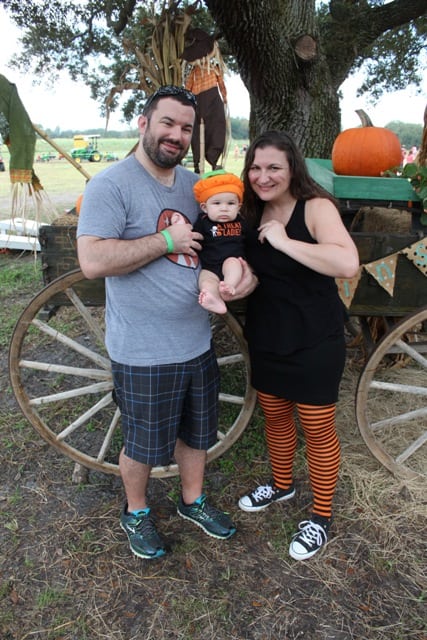 It was 812 degrees that day, so we only made Dexter wear the pumpkin costume for a little bit. 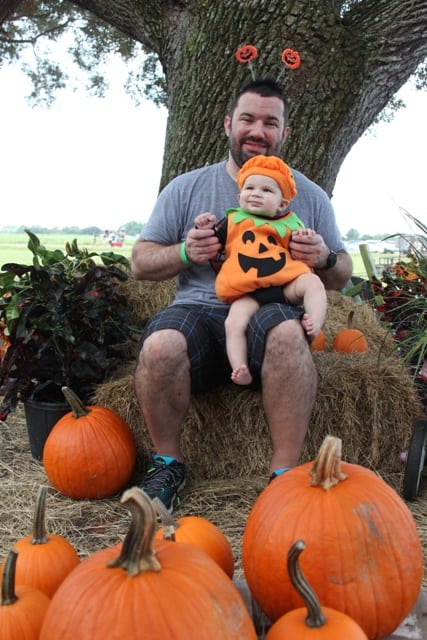 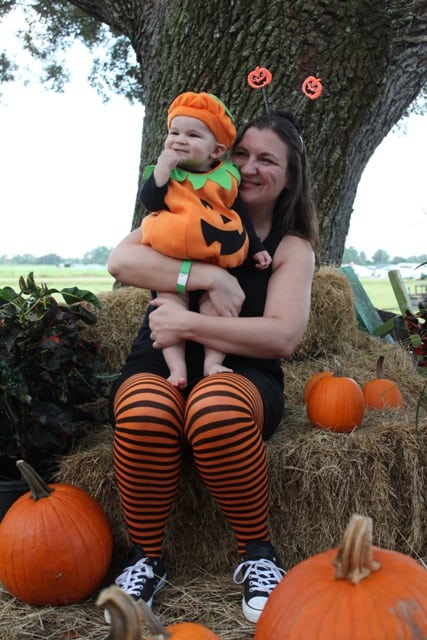 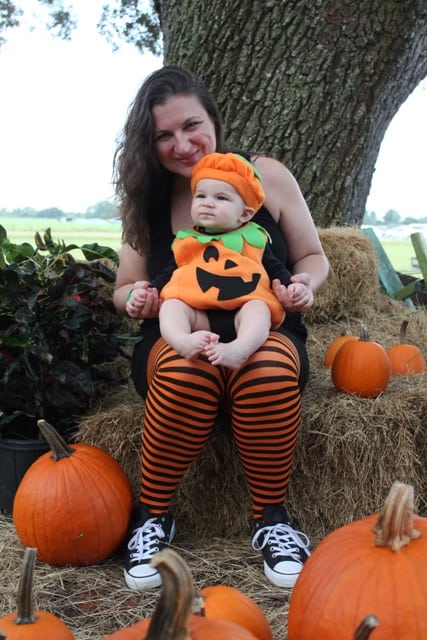 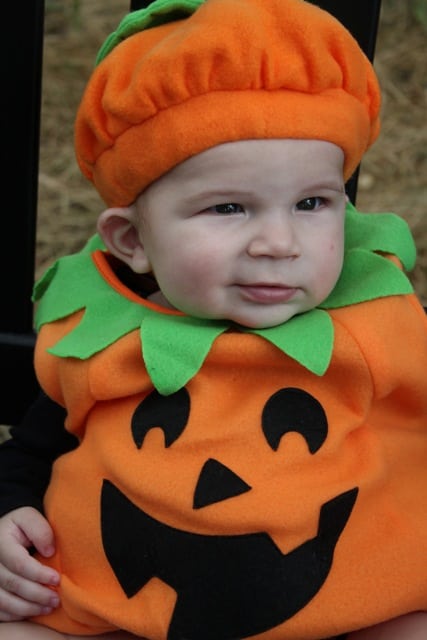 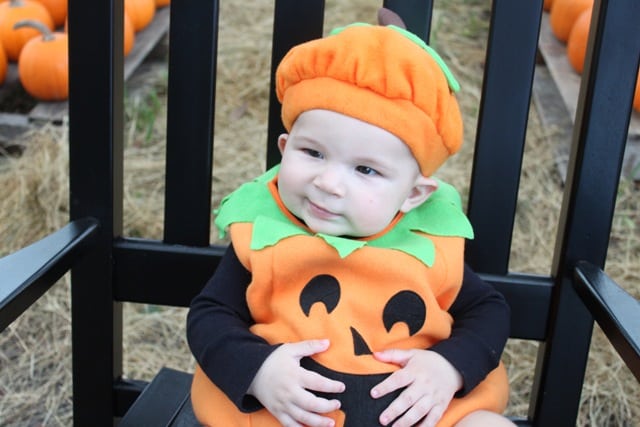