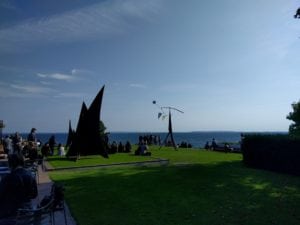 It is one of the great tragedies of our marriage, that I enjoy art museums and Matt does not. I’d go as far as to say he married me under FALSE PRETENSES, as he attended a prestigious art school for a year, except I knew going in he was anti-museum. I actually think art school is partly responsible for this. Matt is violently allergic to pretentious.

But I, as a stereotypical Libra, love museums. Even the pretentious ones. As long as you’re showing me pretty things in a hushed, relaxing atmosphere, I am in.

It is a testament to just how darn cool the Louisiana Museum of Modern Art is, that we both loved it. Even Dexter felt the love, as there were tons of great, artsy kid things to do, as well.

The Louisiana is a key reason to get a Copenhagen Card. It’s located about a half hour train ride outside of the city, and with the card, both the transport and admission are covered. There’s a pleasant walk from the train station where some enterprising locals have set up wares for sale – all tables unmanned, on the honor system. 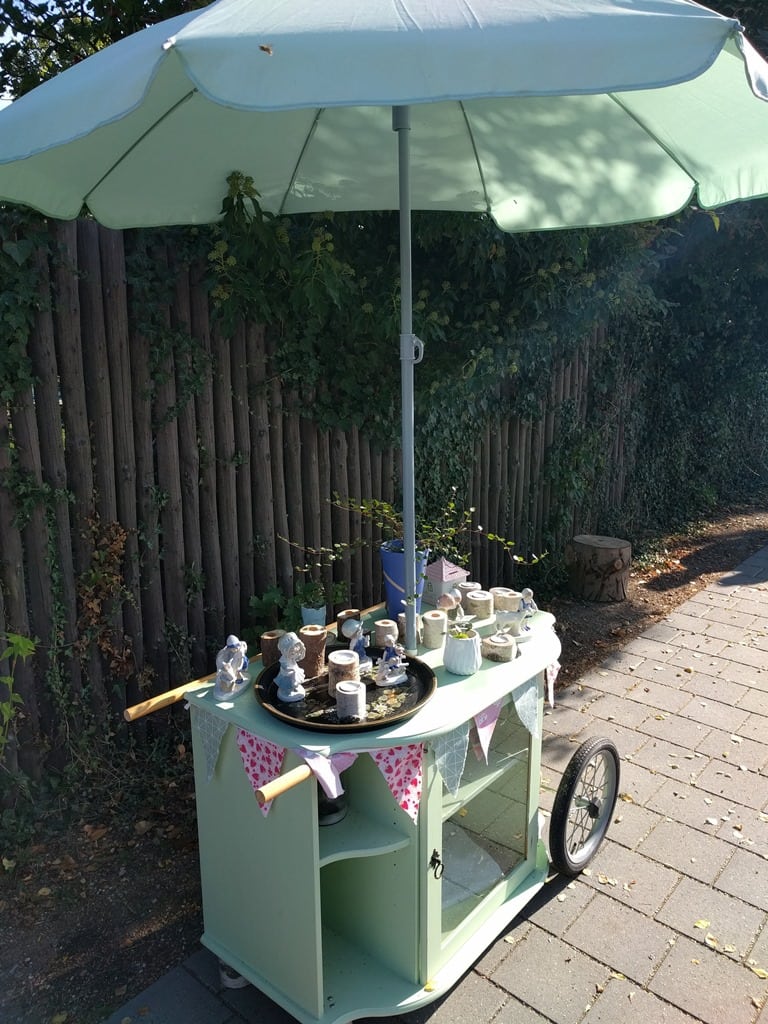 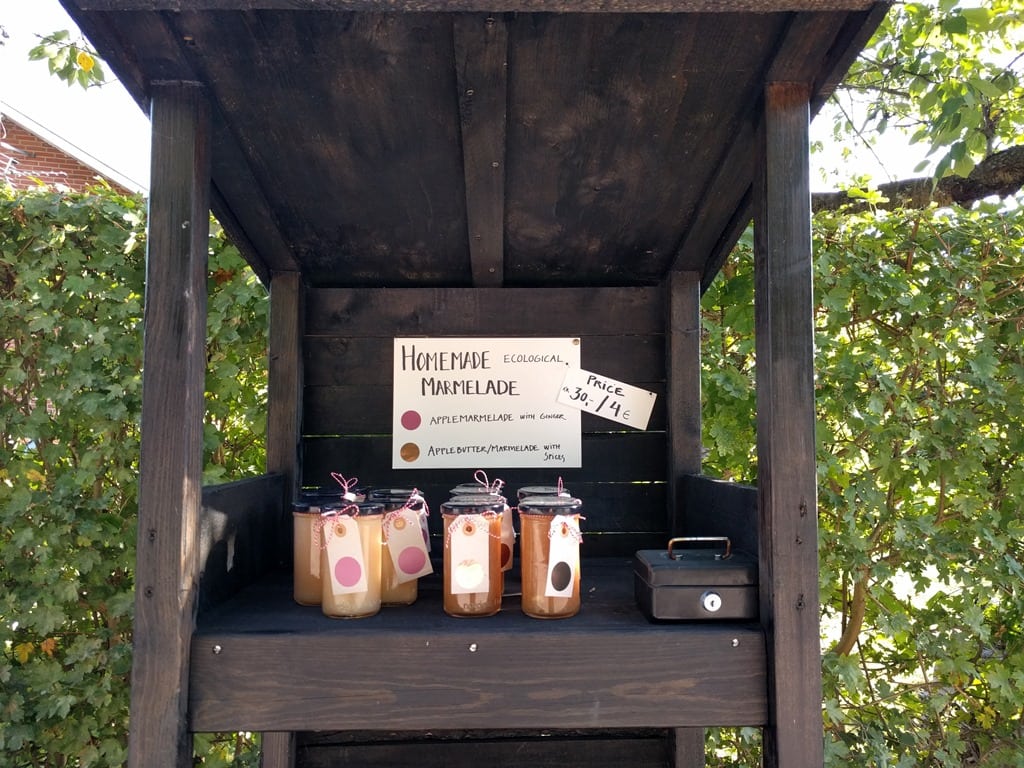 During our visits, the featured artists were Daniel Richter and Poul Gernes. I liked both but Matt did not care for Gernes – he’s also not a fan of overly simple works praised as high art. 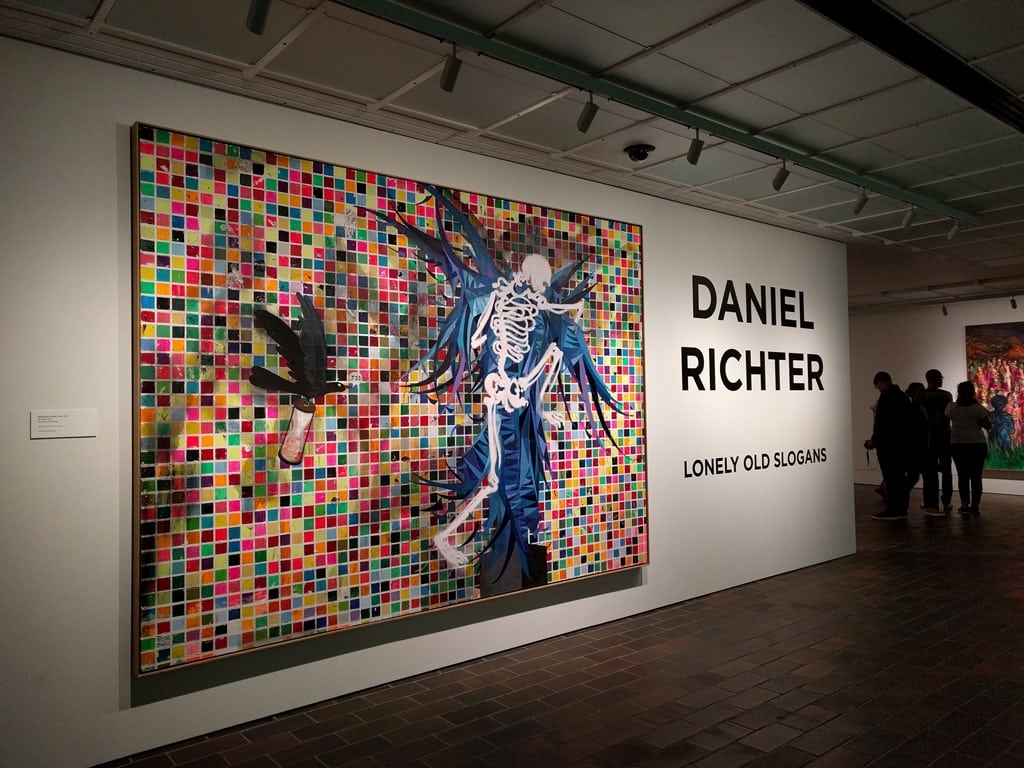 The galleries are really, really wheelchair and stroller friendly, but their methods of accommodation are interesting. There are standard elevators and ramps but also… lifts, I guess, for lack of a better word. Their level of function varies wildly. My favorite was the cage that jerked and chugged Matt and Dex upward, bouncing them with such force that poor Dexter’s little cheeks jiggled.

The lower floors are for the children. (And tired parents. Coffee/tea station, and lots of tired-looking moms peacing out with lumps of clay alongside their kids.) First up was a drawing room where Dexter showed mild interest (it wasn’t that great) and then a little Lego room where he and Matt had a ball. I’m showing great restraint only posting seven photos from the Lego room because I took about a hundred and they’re all adorable. 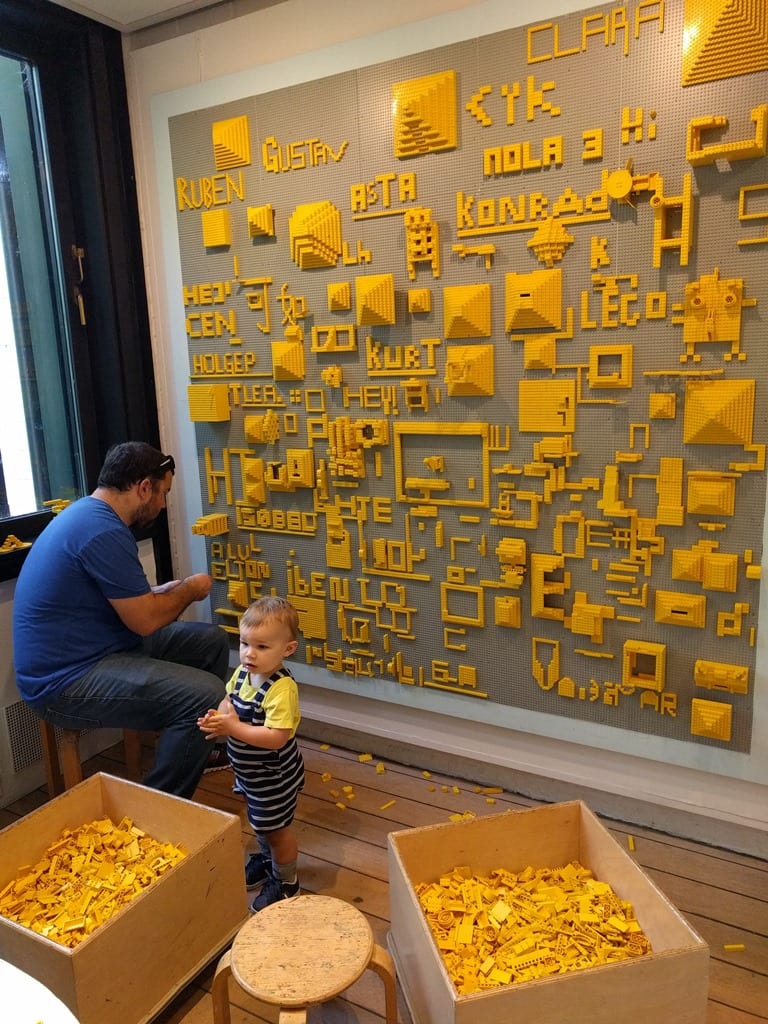 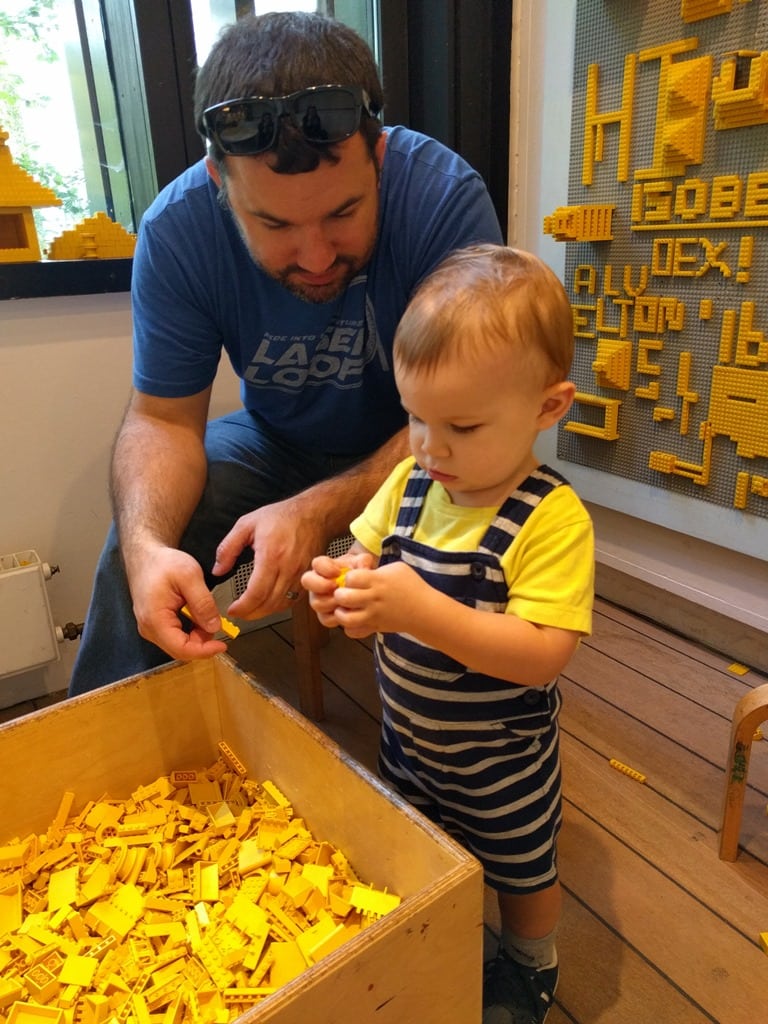 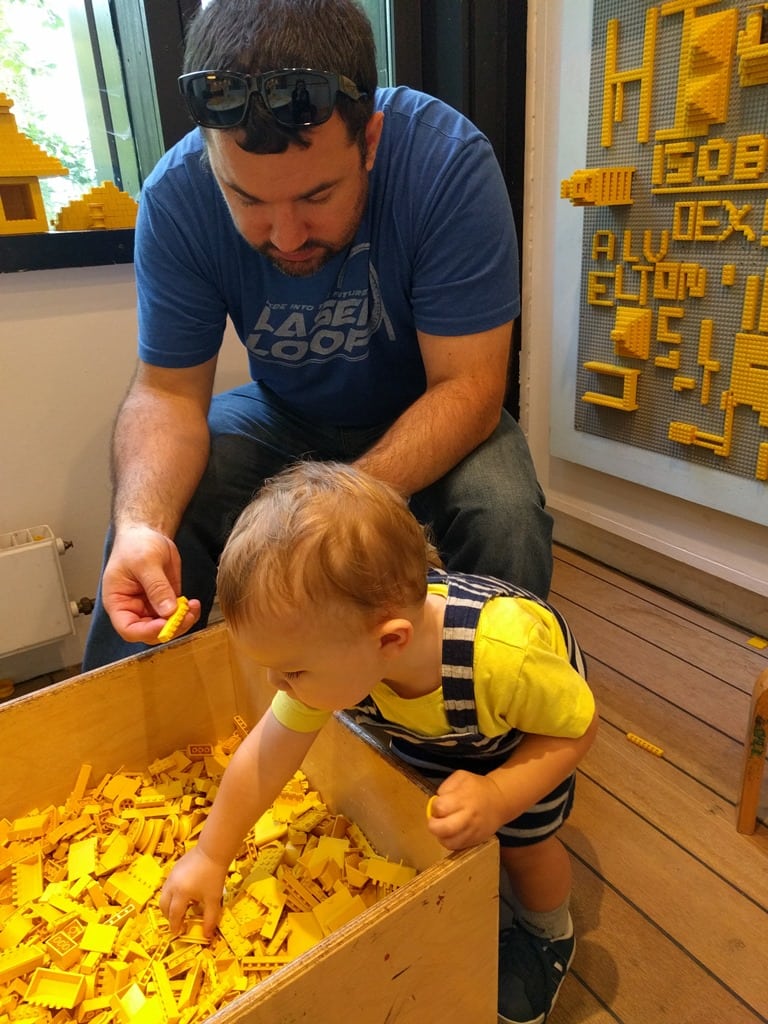 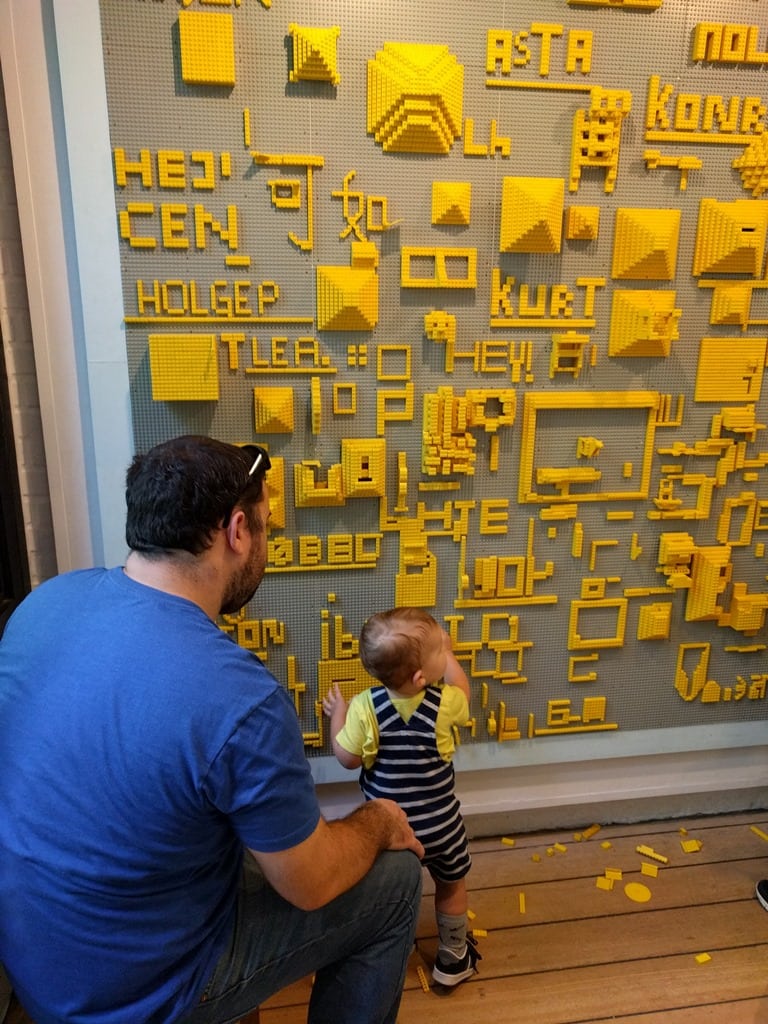 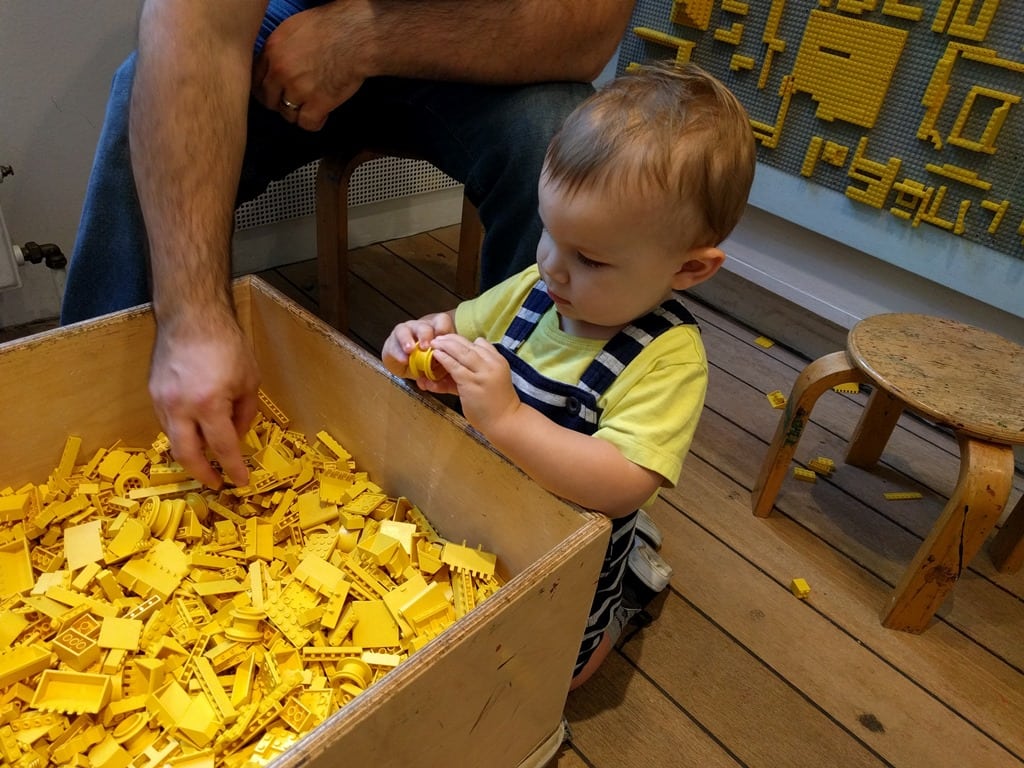 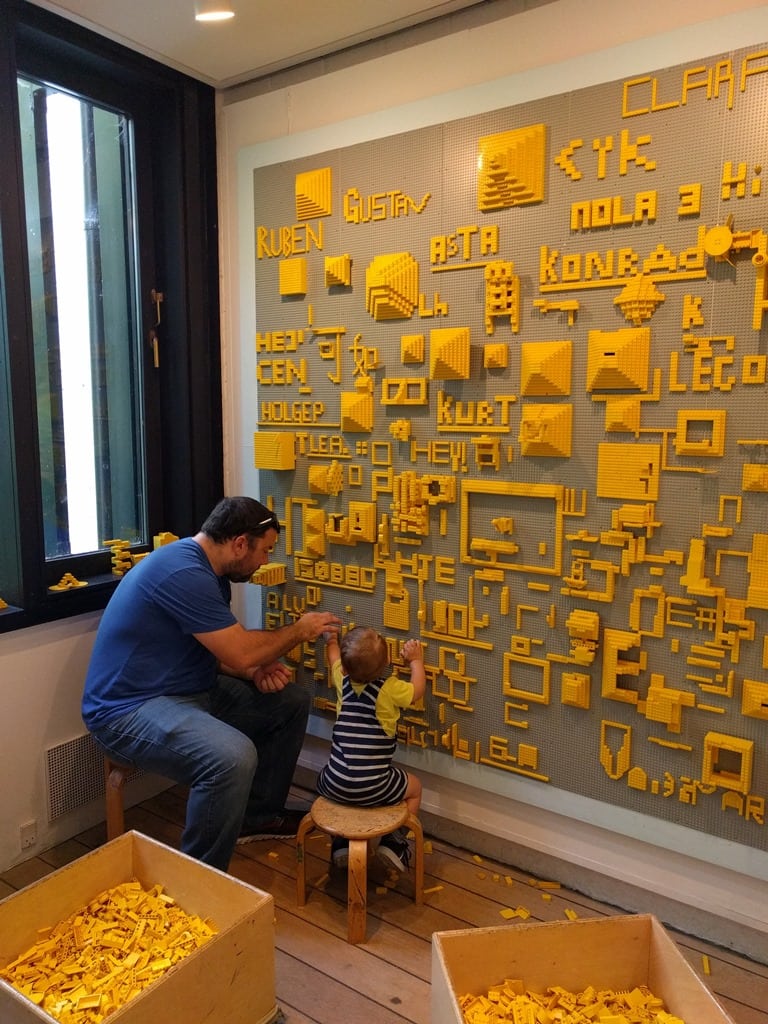 Down another floor, to where the paint and clay live.

Dexter only tried to eat the clay once.

I think the real showstopper at the Louisiana, though, is the grounds. 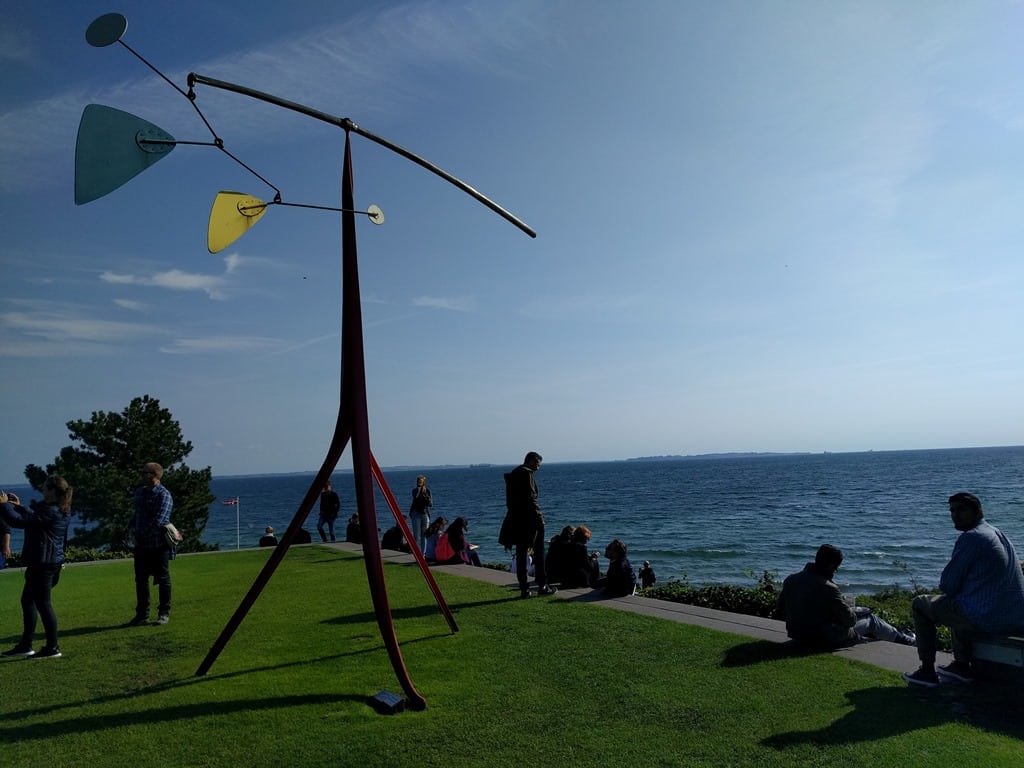 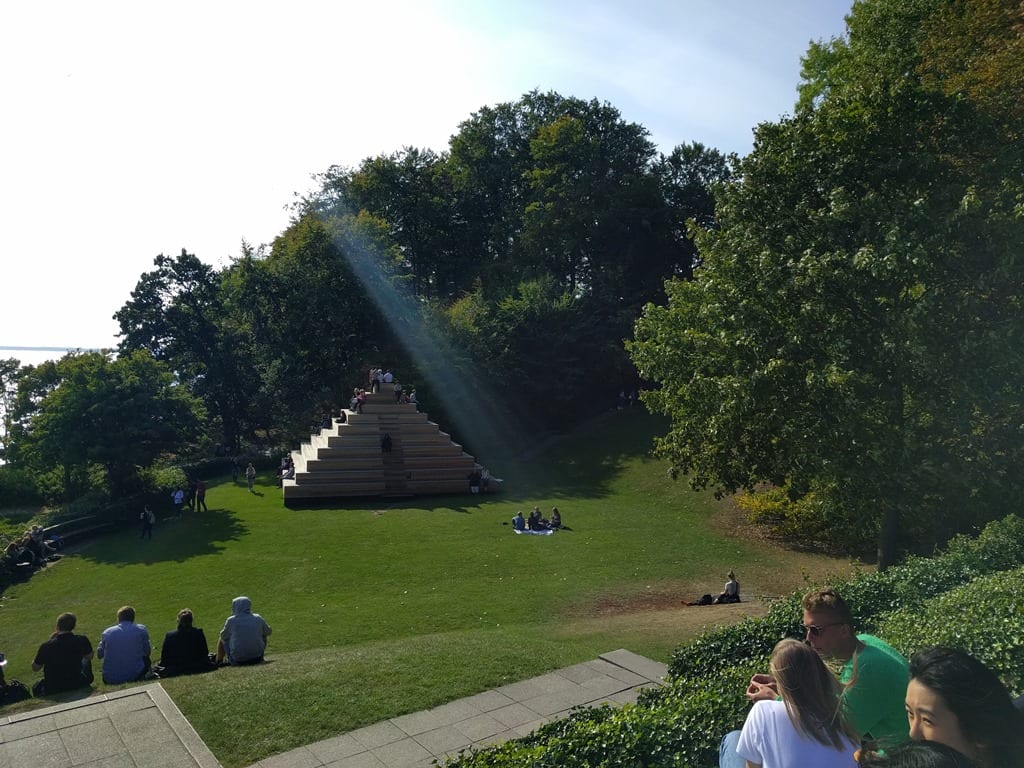 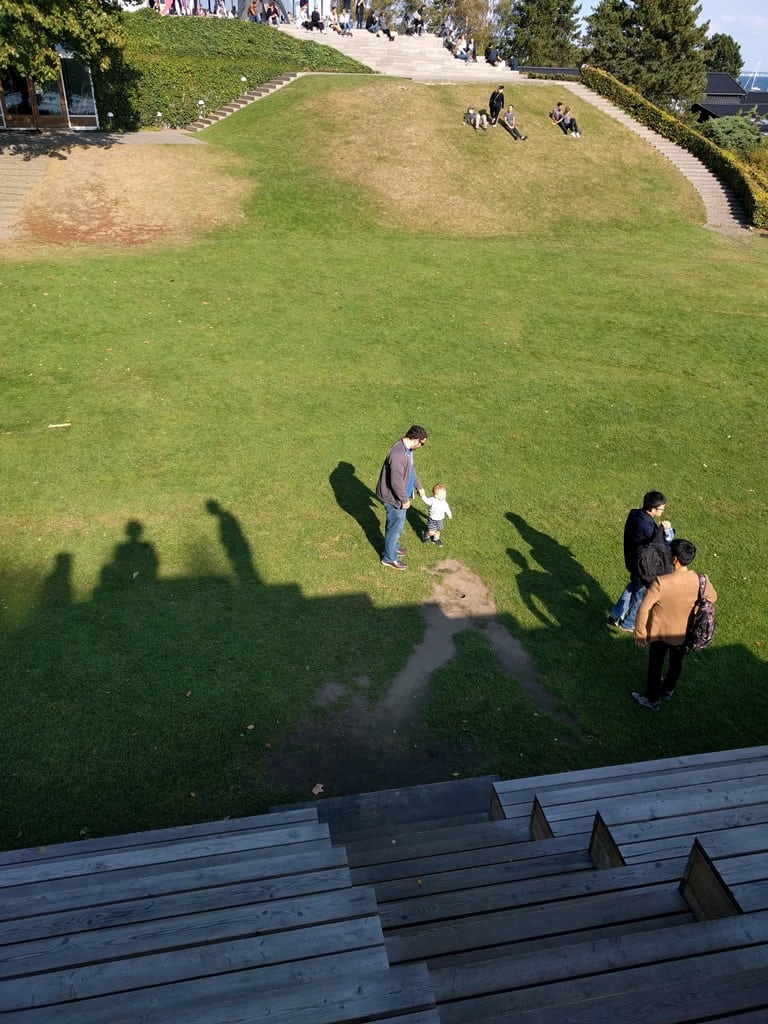 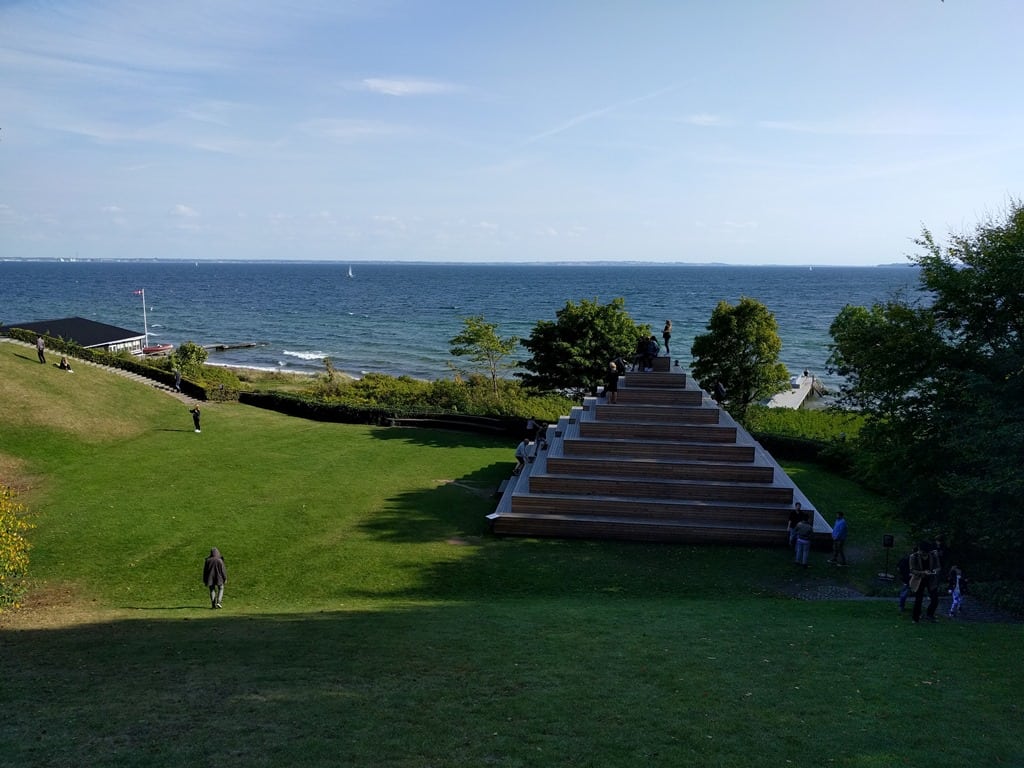 In addition to the stunning “backyard,” there were trails to explore, of varying levels of difficulty. They rewarded hikers with surprise art installations and breathtaking views found in unexpected spots. 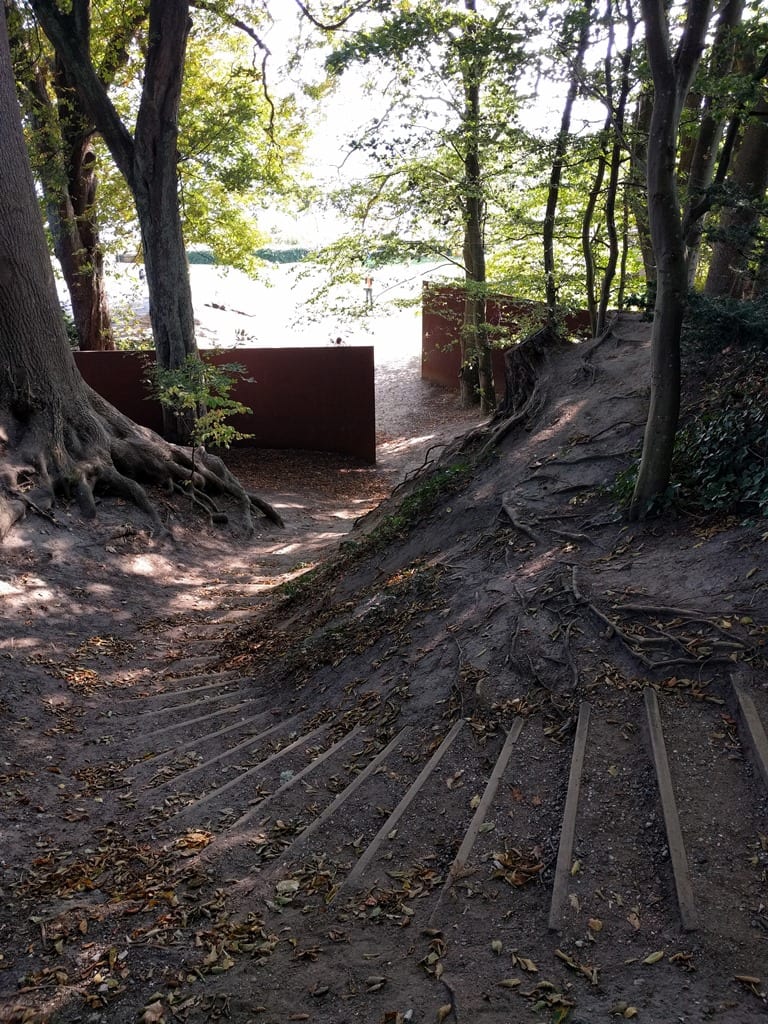 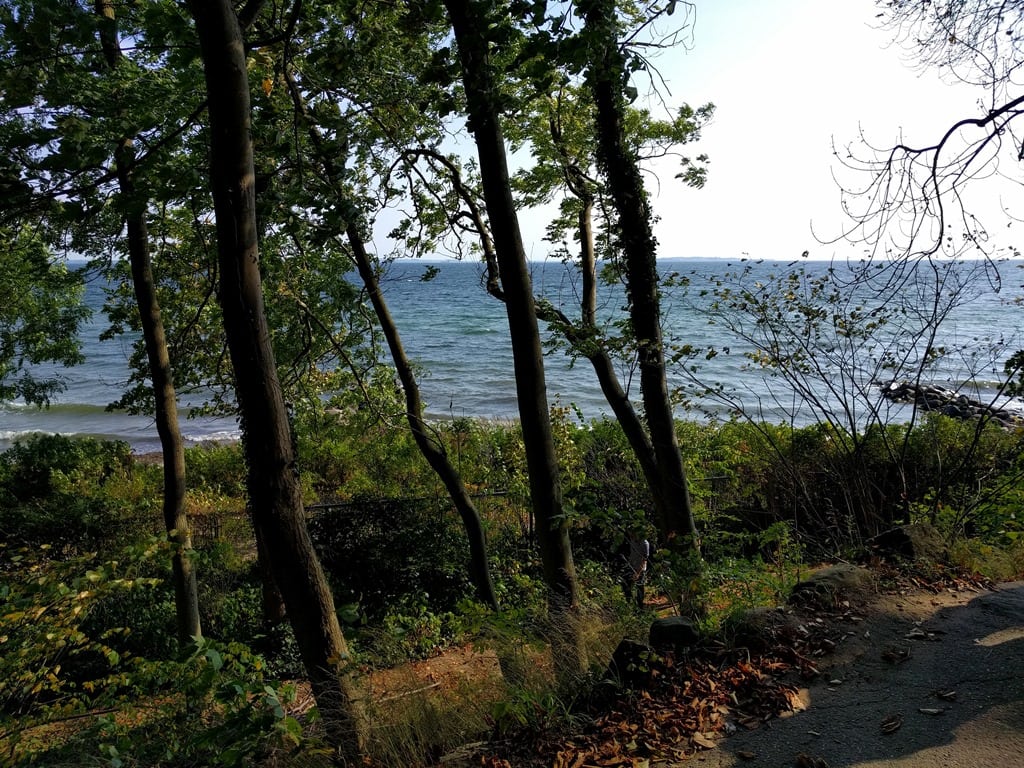 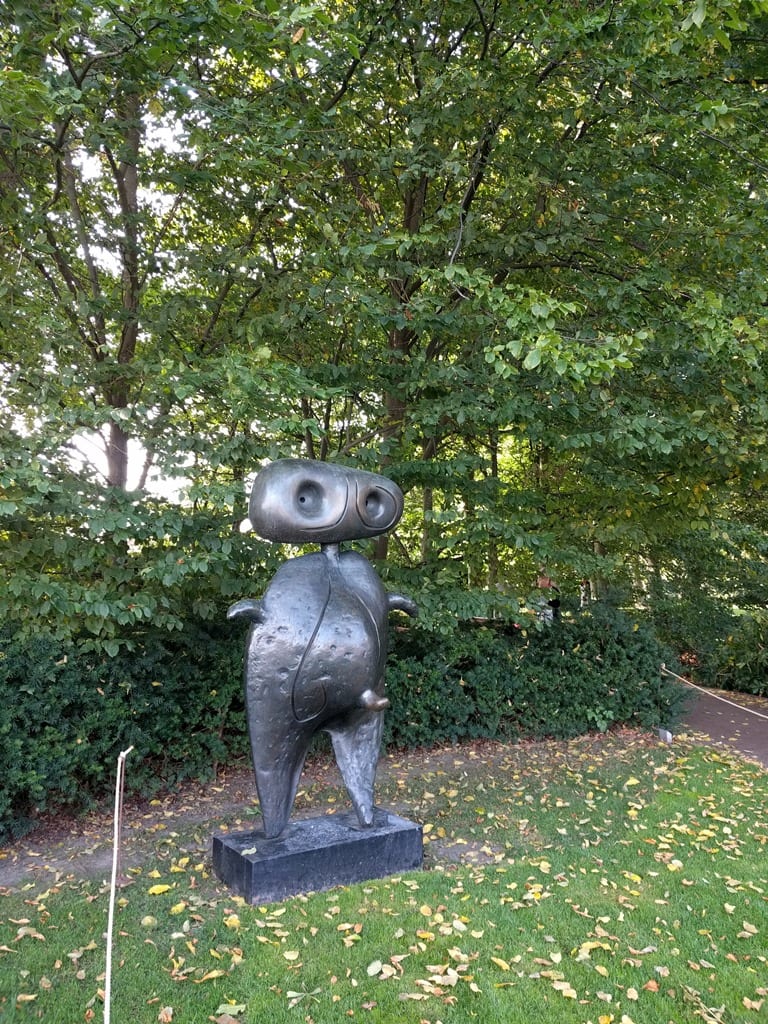 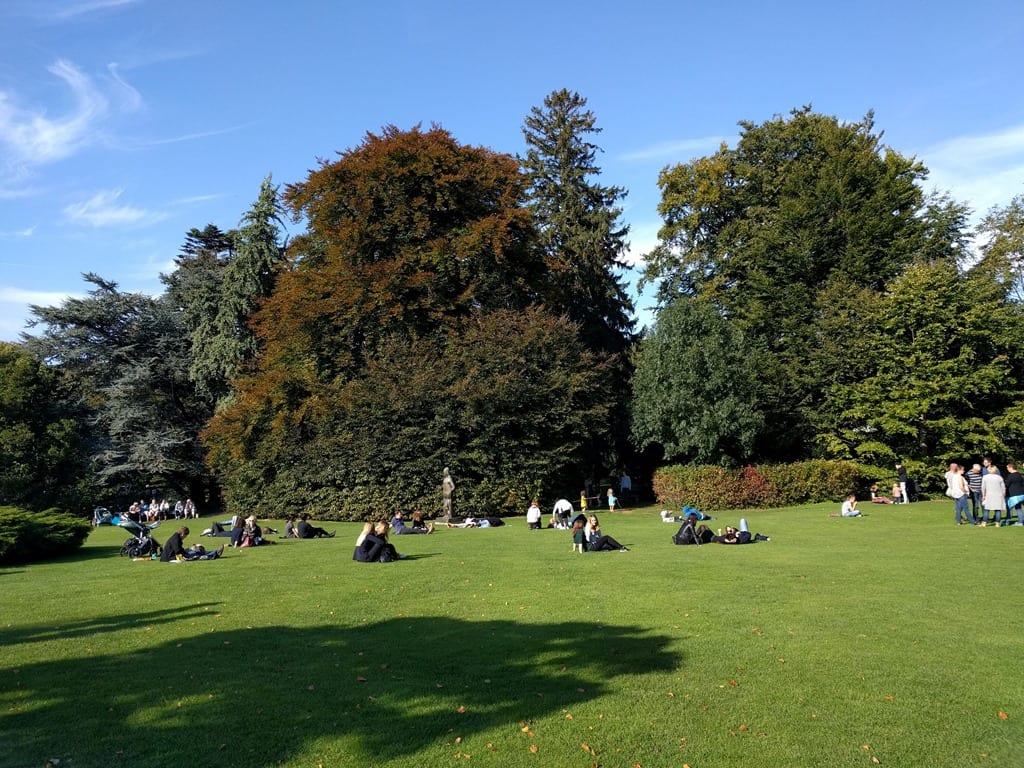 We give the Louisiana a thumbs-up. 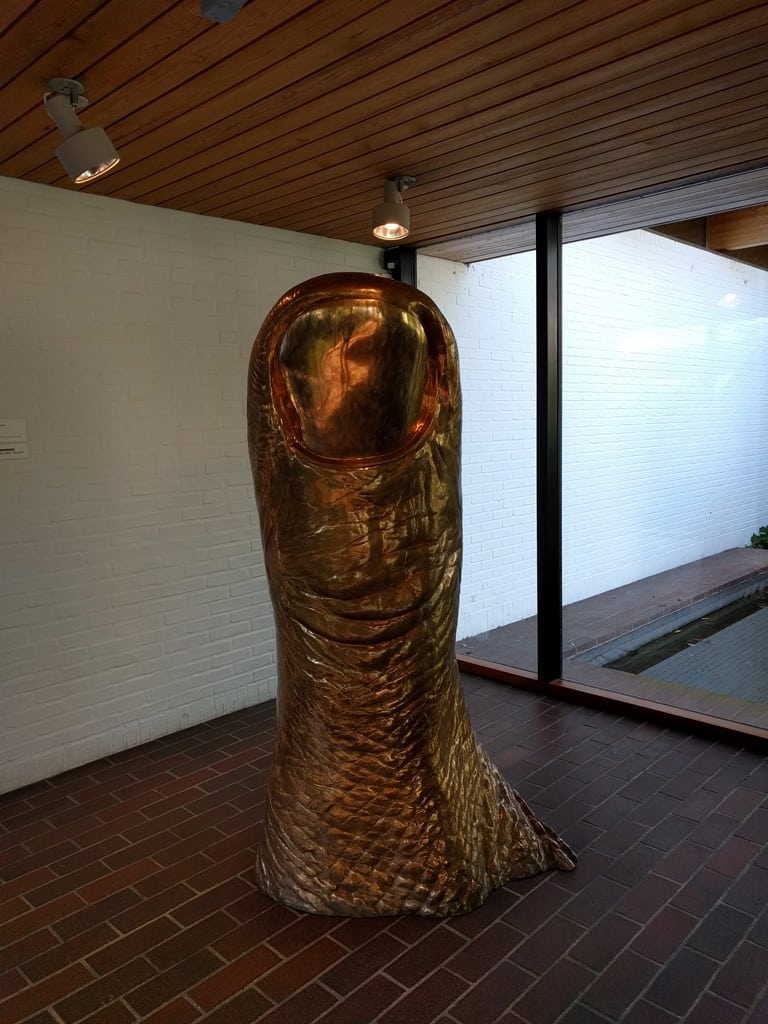 I know, I know. I’m sorry. I couldn’t help myself.